Strictly Come Dancing hosts Tess Daly and Claudia Winkleman have been co-hosting the much loved BBC dance show together since 2014. Despite being a pro in front of the cameras, the duo admitted they still get nervous and bounce off each other on the live shows using a “secret signal”.

Speaking on the Strictly Come Dancing podcast with Joe Sugg and Kim Winston, Claudia began by saying she feels “incredibly nervous” and “sick” when the team ask the hosts to take their positions for the live broadcast.

She joked: “I’m like ‘ugh’ and people are watching and I’m not ready!”

Tess added: “And then I say don’t worry the adrenaline will kick in, we’ll be fine because once the adrenaline kicks in for the live show it’s like rocket fuel, takes you off and carries you with it.”

She went on to spill: “We have a little secret signal and we can’t share it otherwise won’t be secret anymore.” 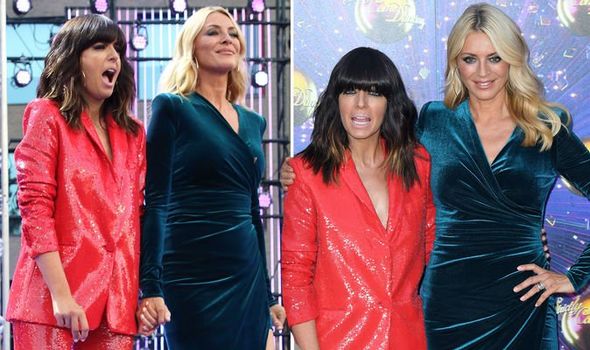 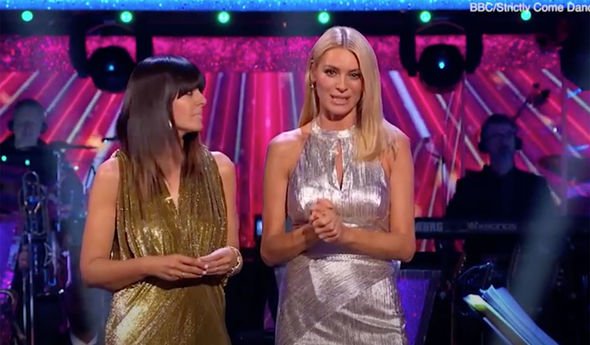 “But we have to do it,” Claudia chimed, adding that the show “will all go wrong” if they don’t use their signal to each other.

Her co-star went on to say: “We have to do that because it is our little good luck omen and without it it could all go horribly wrong.”

Tess began presenting the show with Bruce Forsyth in 2004, who left the show in 2013 and died four years later.

Since Claudia stepped into his shoes, the pair’s friendship has gone from strength to strength.

The mother-of-three has even said in the past that she would leave the show if Tess decided to step down.

She told The Mirror: “Tess and I will leave at the same time.

“We’ve made that pact over pizza. We’ll go together, whenever they’re done with us.”