A story published by Los Angeles Magazine about journalist and Twitter celebrity Yashar Ali — who the publication described as a “political-operative-turned-social-media-muckraker” and a “power broker” — has people talking. Specifically, it revealed another side to the influencer that not even his 800,000 followers were aware of: his complicated past. As L.A. Mag noted, Ali has used his traction and connections among members of the social elite in a wide array of spheres to do some good and important work, from promoting charities for worthy causes to helping expose the misdeeds of powerful, corrupted figures like Harvey Weinstein. But according to the magazine, Ali also embroiled himself in conflicts with some of the members of the rich and famous — people who, for a time, counted him as a confidant and friend. And one of those people is none other than comedian Kathy Griffin.

Per the piece, Griffin and Ali first became friends in 2017 following Griffin’s infamous photoshoot in which she held a fake head of a decapitated (now former) President Donald Trump. The comedian and actor swiftly received a huge backlash following the release of the photo, and Griffin reached out to Ali over Twitter to help her rectify the situation, per the piece. After that, the two quickly grew close.

But in 2019, their friendship came to an abrupt end — and according to sources, it all lead to Ali being kicked out of Griffin’s house. So what’s the real story here?

Did Kathy Griffin and Yashar Ali become too close for comfort? 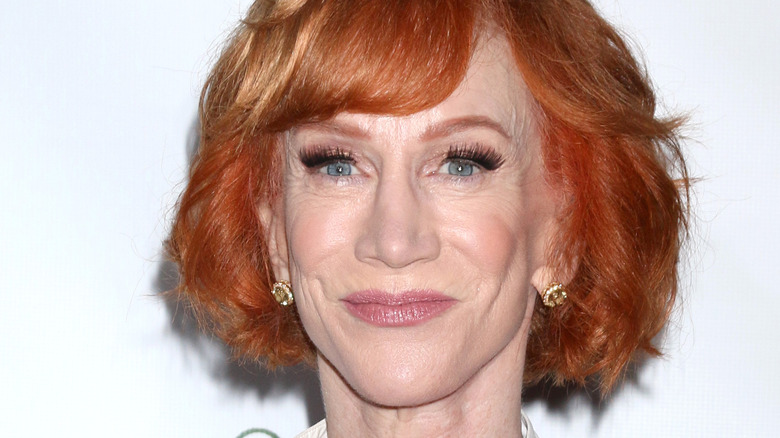 According to Los Angeles Magazine’s June 9 story, Kathy Griffin and Twitter’s Yashar Ali’s friendship quickly accelerated. And boundaries blurred. Per L.A. Mag, Ali “took an active role in managing Griffin’s social media accounts” and “helped her set up a merchandise company.” Ali reportedly cooked and cleaned for the comedian, which he did in an agreement to live at Griffin’s house “rent-free” (Ali is a proud member of the LGBTQ+ community, for what it’s worth).

It seems, however, that Ali eventually wore out his welcome in 2018, when a friend of Griffin’s, journalist Joan Walsh, sensed tension between the two roommates during a dinner visit. “I completely believed that she was uncomfortable and maybe even afraid, and I sympathized with her,” Walsh recounted to L.A. Mag. She then told her friend, “Kathy, you got yourself a grifter. You have to get him out of here.”

This eventually lead to Griffin asking Ali to leave in 2019, per her PR team, “enlisting two part-time male assistants to help oversee the packing of his belongings. Then they ordered him an Uber and sent him on his way.” “Sometimes you make a new friend and that friend turns out to be quite a different person than you thought they were,” a representative of Griffin’s said in a statement.

However, Ali told the magazine that his exit had been his decision and that Griffin even organized a farewell party. Pretty wild.