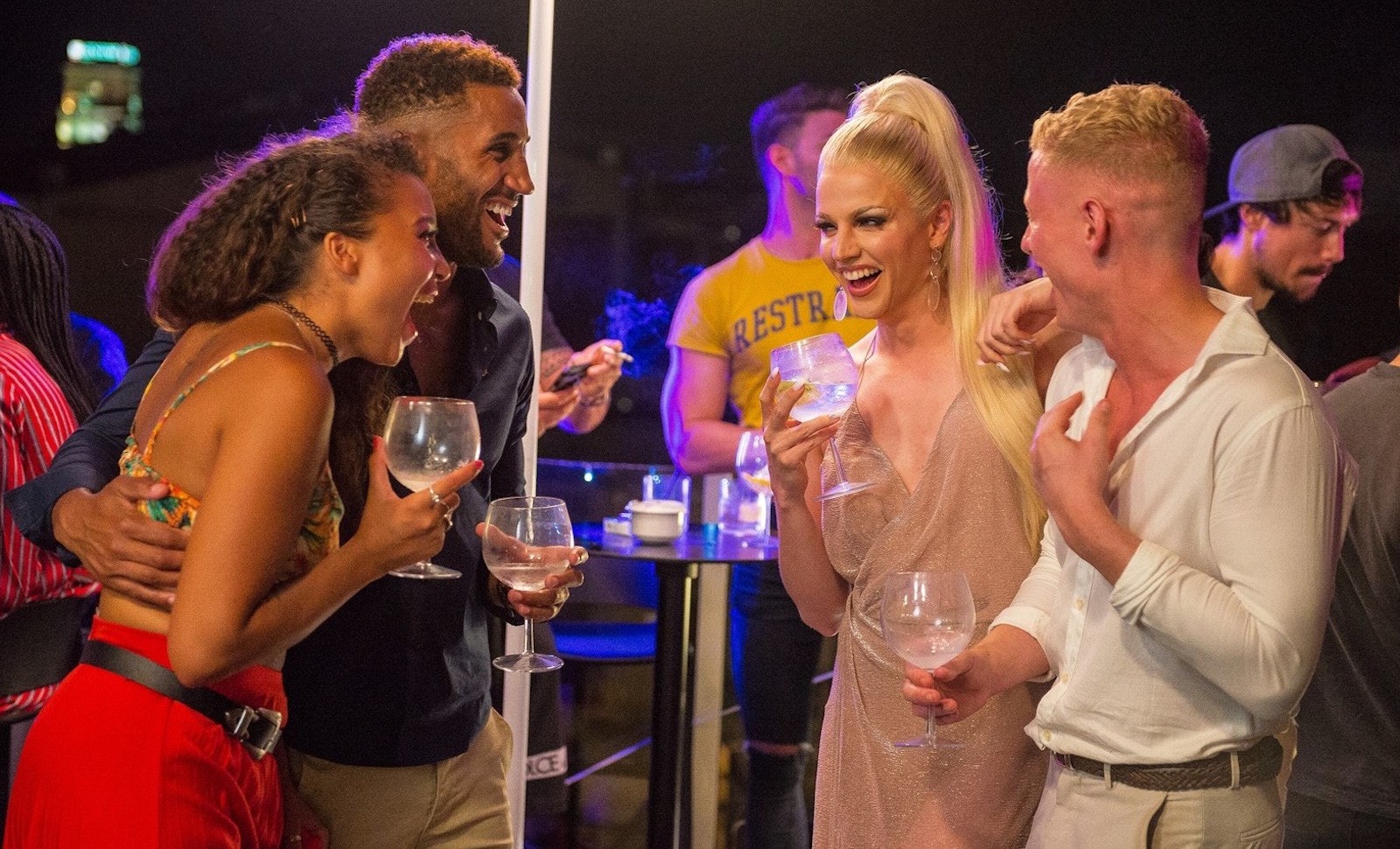 Reality TV has been making steady progress in terms of representation, but when it comes to dating competition shows, the big names are still overwhelmingly heterosexual. Genre juggernauts like The Bachelor and Love Island have yet to prominently feature LGBTQ+ contestants, and even more recent hits like Love Is Blind and Too Hot To Handle center heavily on heterosexual romance. But while these may be the biggest names in the reality TV game, there are plenty of shows that embrace all kinds of love. If you’re looking for some LGBTQ+ reality dating shows for your next dose of relationship drama, there are a lot of hidden gems that are worth checking out.

Conversations about the need for increased diversity in mainstream dating shows have been ongoing for years, especially in terms of The Bachelor. The long-running series, which has been on the air since 2002, has only featured three openly LGBTQ+ contestants: Jaimi King was open about her bisexuality on Nick Viall’s season and Alexa Caves from Peter Weber’s season described herself as sexually fluid. Most prominently, Demi Burnett came out as bisexual on Bachelor in Paradise, ending the season by getting engaged to her girlfriend Kristian Haggerty (although they’ve since broken up). After former Bachelor lead Colton Underwood came out in April 2021, calls for greater representation within the Bachelor franchise came back with renewed energy.

But while shows like The Bachelor may still be pretty behind the times, there are tons of other reality dating shows that feature a fuller spectrum of the LGBTQ+ rainbow:

Hosted by Drag Race icon Courtney Act, The Bi Life followed nine young bisexual people as they explored the dating scene in Barcelona. The 2018 E! series is all about sexual fluidity, featuring heartfelt conversations as well as some spicy drama.

The closest there has ever been to an LGBTQ+ iteration of The Bachelor came in 2016, when Logo debuted Finding Prince Charming. The show followed the same format as The Bachelor, except with a gay man as the suitor and gay men as contestants.

MTV’s Are You the One? has been putting a strategic twist on the reality dating genre ever since it began in 2014, but its eighth season took things to a new level by only casting sexually fluid contestants. The cast included trans people and non-binary people as well as cis contestants who identified as bisexual or pansexual, meaning anyone in the house could be their perfect match.

When the coronavirus pandemic forced the world to stay inside throughout 2020, dating became nearly impossible. Luckily, the UK series Lovedown was able to embrace the new norm with a format centered on virtual dates and matchmaking, all leading up to one perfect IRL date once it’s safe to go out. The show’s second season featured a full cast of LGBTQ+ lovebirds.

With more of a docuseries approach than a competitive one, Netflix’s Dating Around explores dating dynamics among different races and sexualities. Each episode of the series follows one person as they go on five blind dates, with several episodes featuring LGBTQ+ daters.

A refreshing take on The Bachelor‘s format, Transamerican Love Story centered on a trans woman’s search for love. Throughout the course of the 2008 Logo series, Calpernia Addams got to know a group of suitors, eliminating them one by one until she chose a winner. 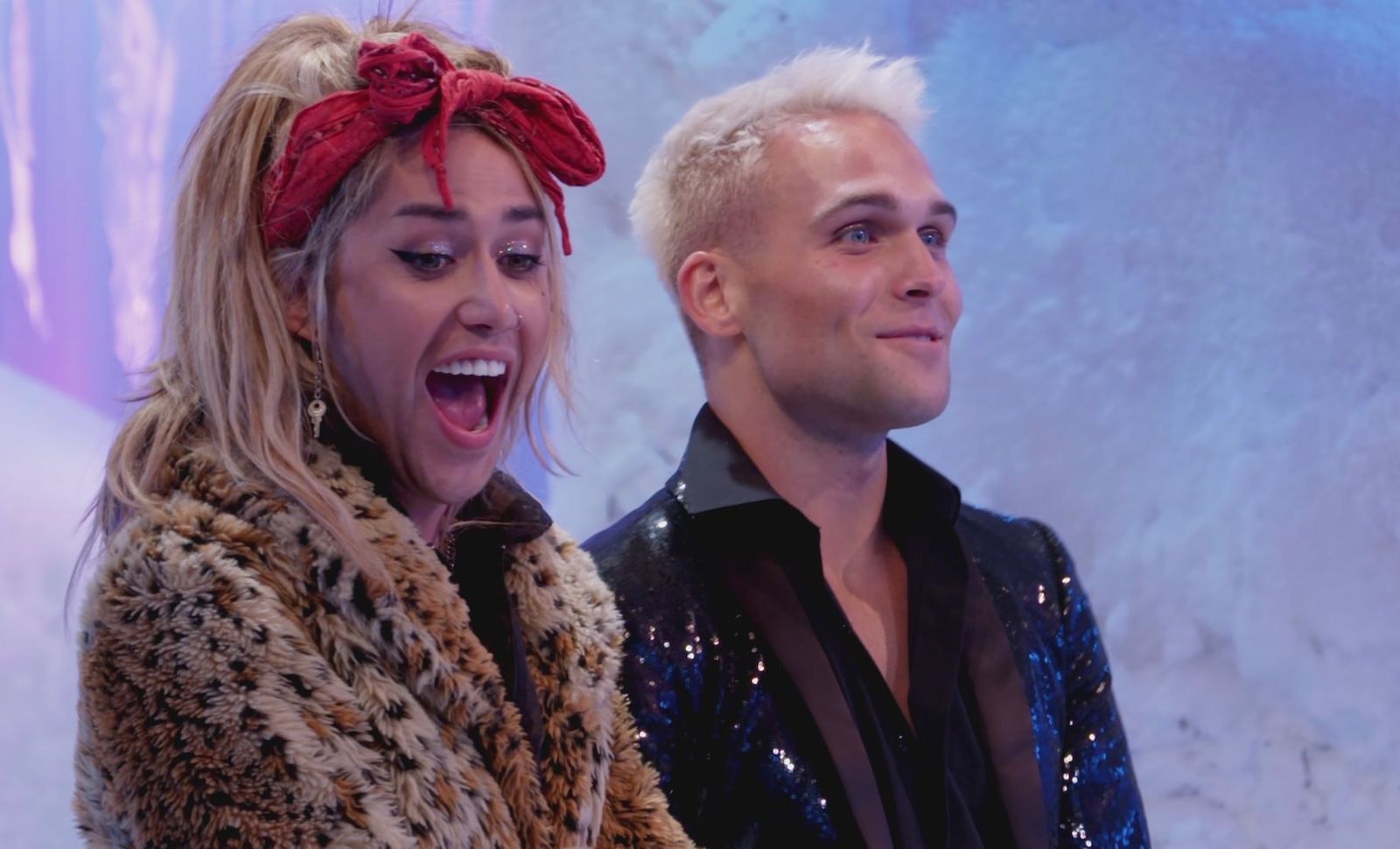 One of the messiest dating shows on MTV is Ex on the Beach, which stuffs dozens of young single people in a house with their exes. Although the show’s first season didn’t feature any LGBTQ+ contestants, each season since has included more and more, leading up to Season 4 featuring several gay and bi daters, along with trans and non-binary cast members as well.

HBO Max’s 2020 dating show was basically a wholesome Christmas movie brought to life. Refreshingly, it put a gay man front and center. The series followed three single people looking for love over the holidays — while Chad tried to find a girlfriend and Faith dated men, Garrett was looking for a boyfriend to bring home to his family.

9. A Shot at Love with Tila Tequila

Some people like when dating shows are sweet and romantic, but others just want the messy relationship drama… and it doesn’t get any messier than A Shot at Love with Tila Tequila. The buzzy 2007 MTV series capitalized on Tequila’s then-bisexual identity (she now identifies as heterosexual) by having a group of men and women compete for her heart. Since the show, Tequila has become mired in several controversies, but the series itself remains a great bit of messiness from MTV’s golden age of reality TV.

Speaking of controversy, one of the first-ever reality dating shows centered on LGBTQ+ romance had its own messy twist. The 2003 Bravo series Boy Meets Boy showed a gay man, James Getzlaff, dating and choosing a match among a group of men. However, unbeknownst to Getzlaff, half of the contestants were only pretending to be gay. If Getzlaff chose one of the straight men as the winner, that contestant would win a monetary prize. (Listen, don’t expect every LGBTQ+ show to be perfect — it’s not like The Bachelor exactly has a clean track record.) 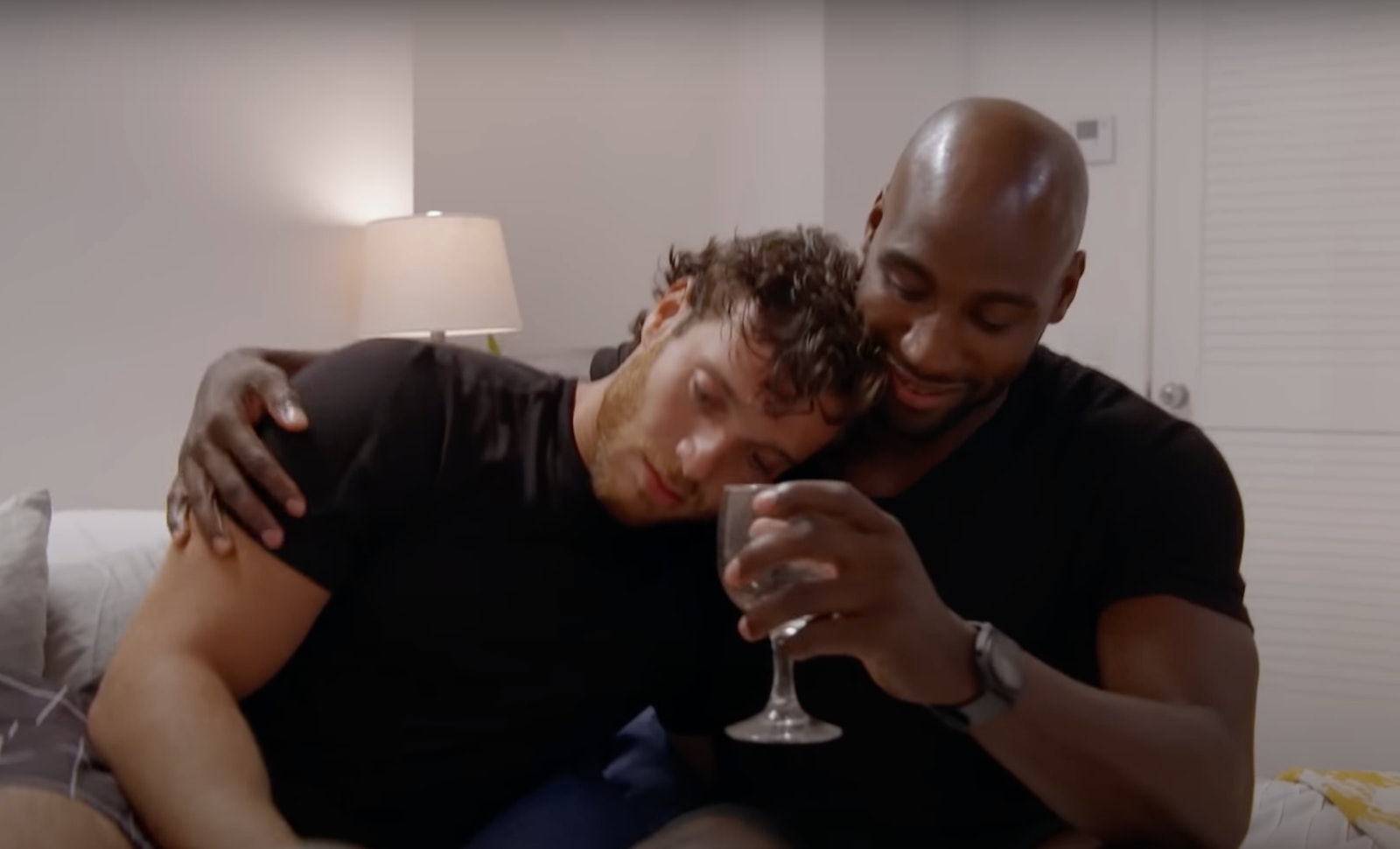 Fire Island in New York has been a mecca for LGBTQ+ communities for decades, so of course it would be the setting for a docuseries about six gay men letting loose over a summer. The 2017 Logo show Fire Island followed the love lives and interpersonal drama among a group of gay men sharing a summer beach house.