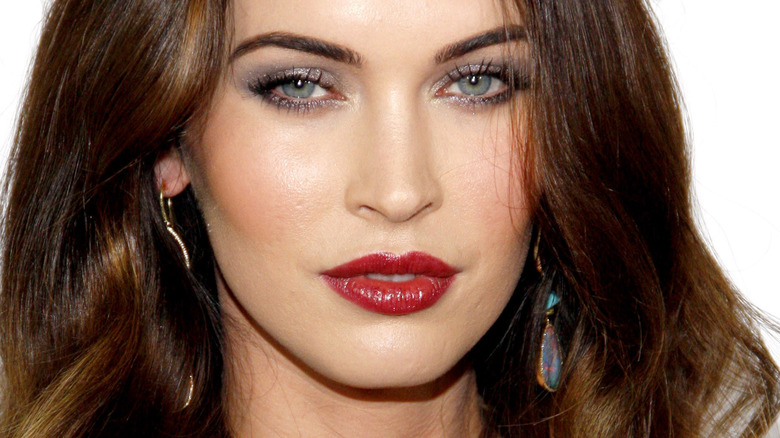 Whenever Megan Fox and her beau, Machine Gun Kelly, are spotted out together, it’s an adorable sight to see. The two were recently seen walking hand-in-hand after a Yungblud concert, according to People. The actor and musician were also spotted about a week ago attending another concert, but this time it was for Kelly who was performing with Travis Barker. Kourtney Kardashian was also in attendance at the rooftop performance to support her rocker boyfriend. At the show, Fox and Kelly really packed on the PDA between sets showing their love for one another.

It was actually just one year ago when the two started dating, according to Elle. They met on the set of the upcoming indie thriller “Midnight in the Switchgrass,” which the two are starring in. Since Fox and Kelly made their relationship status official in June 2020, they have been linked together in the press. However, Megan Fox was trending on Twitter over the weekend for a reason completely free of her famous beau. 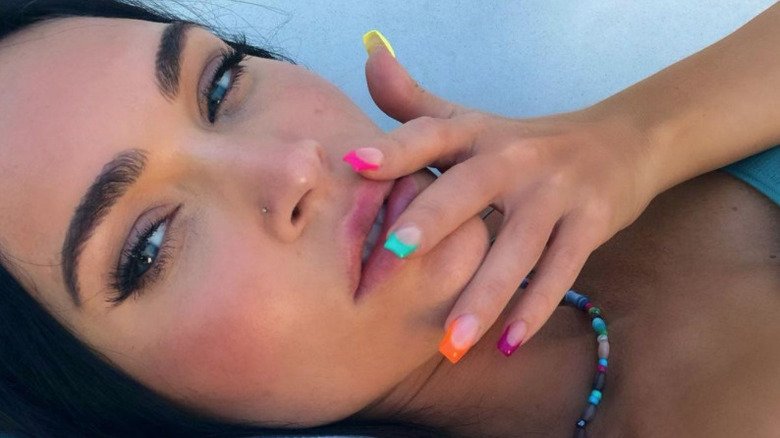 On Saturday, the “Jennifer’s Body” actor posted some selfies of herself lounging by the pool with a rainbow manicure. Megan Fox captioned her Instagram post, “Putting the B in #LGBTQIA for over two decades,” along with tagging nonprofits MoveOn and Into Action. The actor has spoken out about her bisexuality before to Esquire in 2009, saying that she had “no question in [her] mind about being bisexual” and that she believes “people are born bisexual and they make subconscious choices based on the pressures of society” (via People).

Some fans really praised Fox’s Pride Month post saying things like “honey you made us realize the B in a lot of us” and “bi icon.” The post on Instagram also had people talking on Twitter as well. One fan even wrote, “HAPPY PRIDE MONTH TO BISEXUAL QUEEN MEGAN FOX” (via Twitter). Other fans were even ready to shoot their shot saying things like “Megan fox marry me” and “megan fox please dm me back.” It seems they’d do anything for their reigning “bi queen.”