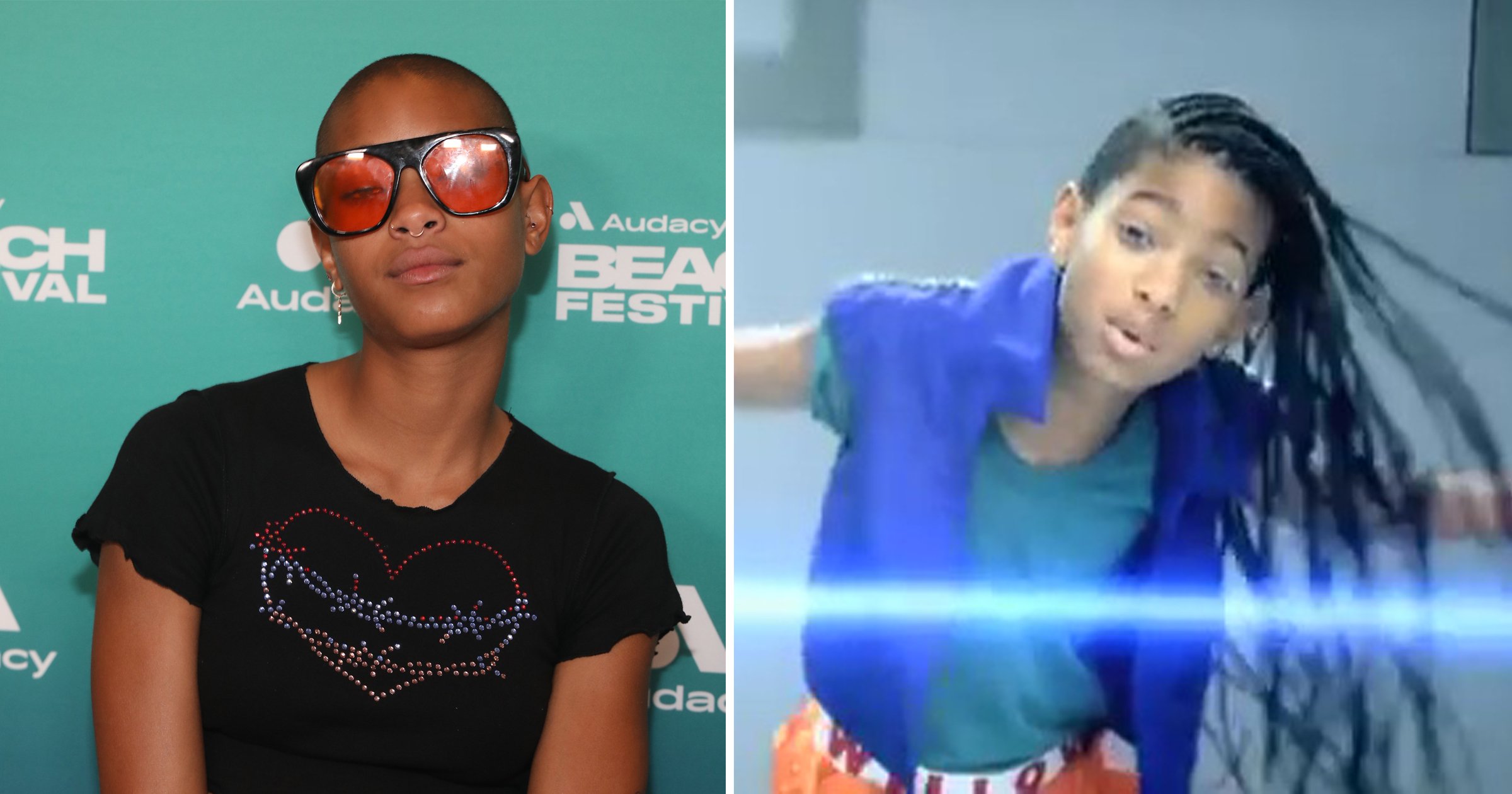 Willow Smith has confessed she convinced herself to believe she was a ‘brat’ during her younger years.

The 21-year-old pop star suffered anxiety attacks after releasing her catchy single Whip My Hair back in 2010.

The pop star, the daughter of Will Smith and Jada Pinkett Smith, was just nine at the time and has now revealed she felt overwhelmed by the situation.

Speaking to The Independent, she explained: ‘That was crazy. I was brainwashed into thinking, “no, you’re being a brat, suck it up.”

‘Then I grew up, and I realised it was something that needed to be dealt with.’

To help deal with her anxiety, the musician turned to exercise a lot, especially during the Covid-19 lockdown.

‘I became a little obsessive with physical exertion’, she added.

‘I didn’t allow myself to feel [anxiety], I just wanted to run it out. Sometimes the body is so intelligent.’

Willow, who co-hosts the Facebook Watch series Red Table Talk with her mother Jada, has transformed her music style from bubblegum pop to punk rock over the last few years and has worked with a number of artists including Travis Barker and Avril Lavigne.

The Smith family, particularly Will and Jada, have been notoriously known for oversharing elements of their private life to the point where a petition was made demanding for the two stars to no longer feature on interviews.

One tired customer wrote: ‘I’m sick and tired of hearing the BS that goes on in their personal lives. It’s exhausting. I’ve muted their names everywhere, AND STILL SEE THIS!! I’m sick of their weirdness. Make it STOP!!!’ said another.

However, daughter Willow isn’t fazed by it at all.

‘I feel I’ve always understood that my parents are their own people,’ she said.

‘Everyone is going through something and the biggest disservice you could do [to yourself and others] is put up a facade and be like, that’s not the case [here]. That sounds wrong to me.’

The Red Table Talk series is available to watch on Facebook Watch.