Comfortable in her own skin! 1000-lb Best Friends star Vannessa Cross has no problem letting loose while on vacation with costars Meghan Crumpler, Tina Arnold and Ashley Sutton — but Tina doesn’t approve of Vanessa’s … bare-bones approach.

Celebs Who Have Gone Near-Naked

In Us Weekly’s exclusive sneak peek of the Monday, February 21, episode of the new series, the four friends are away on a glamping trip, enjoying the beauty of nature, when Vannessa, 42, decides to go streaking through the woods.

“I can’t wait to be able to get my own place to have serenity, peace, and be able to take care of myself. I feel like maybe it’s a rebirth,” she says in the clip. “And I think with my rebirth I need to come into the world naked.”

The camera then cuts to the TLC and Discovery+ star taking off her clothes and running around naked. Ashley, 36, and Meghan, 43, are laughing and shouting in shock.

“What in the Sam Hill have you done?” Meghan, Vannessa’s longtime best friend, yells. At one point, Meghan screams, “Oh, my gosh, girl, I see your va-jay-jay!”

While Ashley wonders whether the neighbors can see what’s going on, Tina, 41, shakes her head and remains tight-lipped throughout Vannessa’s display — until she comes back into the yurt. 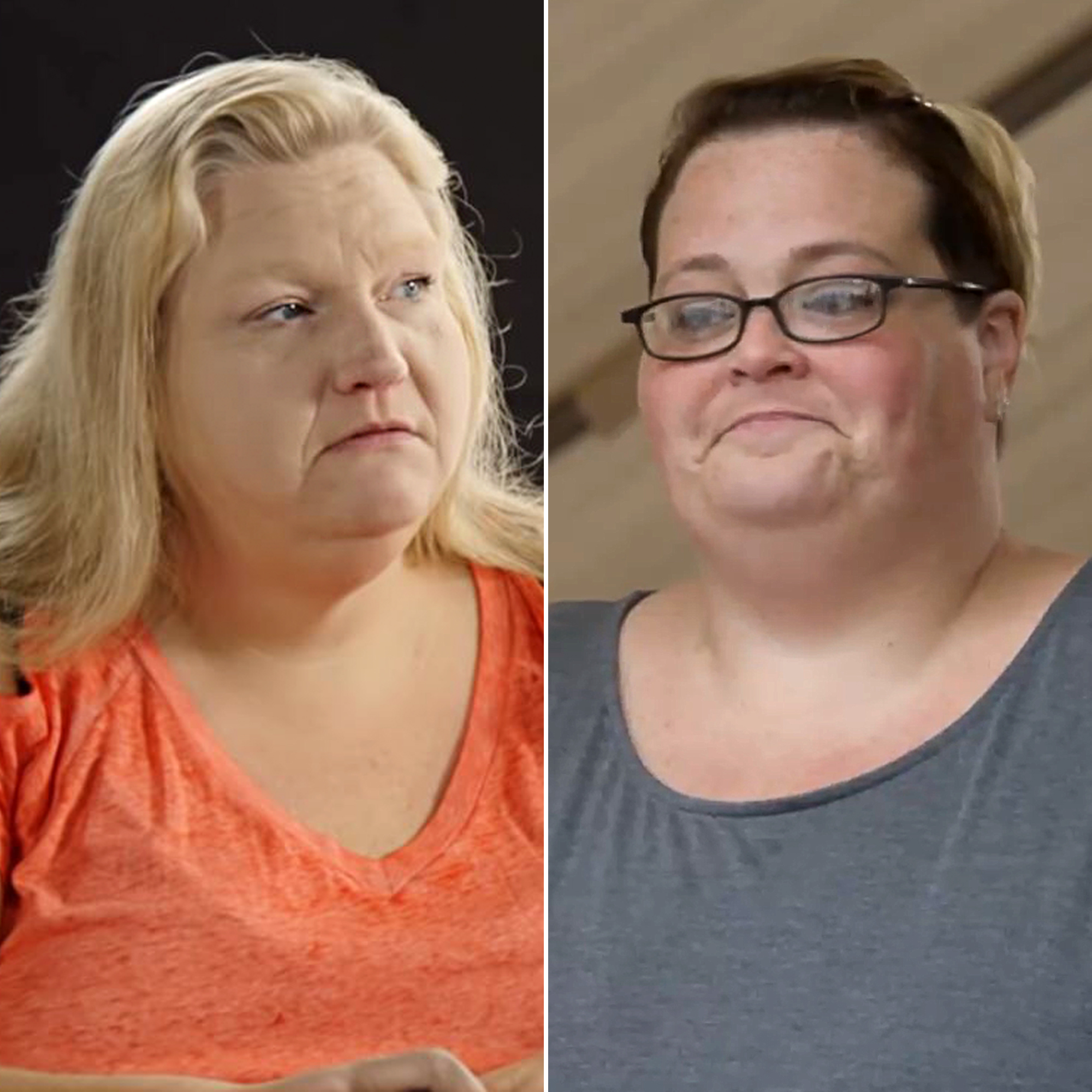 “I don’t give a f—k!” Vannessa retorts, claiming the neighbors “will laugh their ass off. They’ll be like, ‘Oh, God! Ha ha! Look! A big goddamn blob!’”

But Tina was putting her foot down. “I’m not OK with it. I’m not,” she insists, adding, “I’m not gonna be degraded.”

At this, Vannessa explodes. “That’s not being degraded! It’s called being human and having f—ing fun!” she shouts at her friend, calling her a “bitch.”

Celebrities’ Weight Loss and Transformations: Before and After Pictures

While viewers are still getting to know Tina and Ashley, fans are familiar with the two main stars of 1000-lb Best Friends, Vannessa and Meghan, who first appeared on the Discovery+ show “Too Large” in 2021.

Earlier this month, Vannessa talked to Us about her love life amid her weight loss journey.

“My dating life is horrible and I’ve kind of stopped,” she revealed, explaining that she would “sabotage” with food if dating became stressful. “Because they say if you stop looking, that’s when a man finds you.”

After her husband passed away in 2016, Vannessa said her life “spiraled out of control,” particularly when it came to eating. “Losing my husband was the worst thing of my life because I never knew that kind of pain existed,” she told Us on February 4.