ALDI has released a new traffic light system which shows when its supermarkets are quietest.

It means shoppers who are looking to avoid crowds can plan their trip better during the coronavirus epidemic. 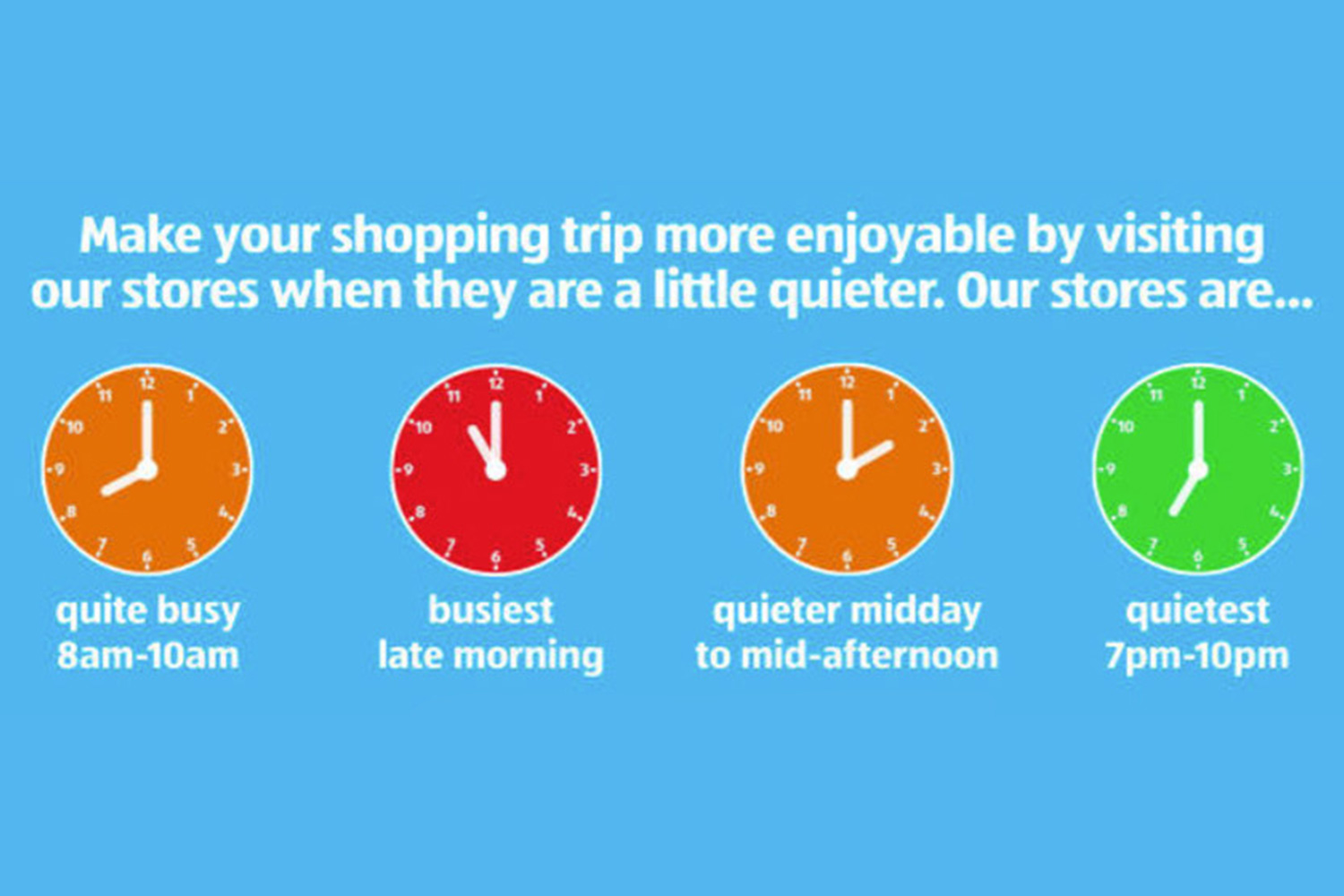 If you want to visit when stores aren’t busy, Aldi says its quietest time is usually between 7pm and 10pm, Monday to Saturday.

In contrast, the busiest time for stores is late morning, which Aldi classes as around 11am.

Early morning, from 8am until 10am, is considered “quite busy”, while midday to mid-afternoon, or around 2pm, is "quieter".

Aldi says their traffic light system is based on typical shopping patterns, so it's not guaranteed every store will follow these times.

Does Aldi have item restrictions in place?

THE supermarket lifted all its item restrictions on Monday, April 13.

Previously, Aldi had four item limits across every product after Brits began stockpiling due to the coronavirus crisis.

The restrictions were first introduced on March 15.

Most limits were dropped on March 31, while restrictions on beer, wine, spirits, and nappies came off on April 2.

The final limits to be lifted were restrictions of four each of hand wash and shower gel, and 12 units of wine or spirits per online order.

Its restriction on UHT milk has also been removed.

The supermarket says on its website: "We remain committed to ensuring the safety of our customers and colleagues is our top priority – that's why we suggest shopping at times when stores are quieter.

"Please note each store may vary."

We've asked Aldi for a breakdown of their busy times, with exact hours, and we'll update this story when we hear back.

Aldi has recently extended its opening hours so shoppers have more chance to browse aisles later in the day.

The supermarket's core weekday hours are currently 8am until 10pm.

As store times vary between supermarkets, shoppers should use the shop finder tool to see the latest times for their closest branch.

Aldi is currently giving key workers in the NHS, police and fire service priority to get into stores Monday to Saturday upon showing a valid ID.

They can visit stores 30-minutes prior to opening on Sundays.

Hundreds of customers were queuing online when the parcels went on sale last week.

Aldi has also said it would stop selling some of its famous Specialbuys in the middle aisle of stores.