AMAZON is preparing to launch a new same-day grocery delivery service, according to reports.

The online giant is aiming to merge its Amazon Fresh grocery service with its delivery arm Prime Now in order to deliver groceries in a matter of hours. 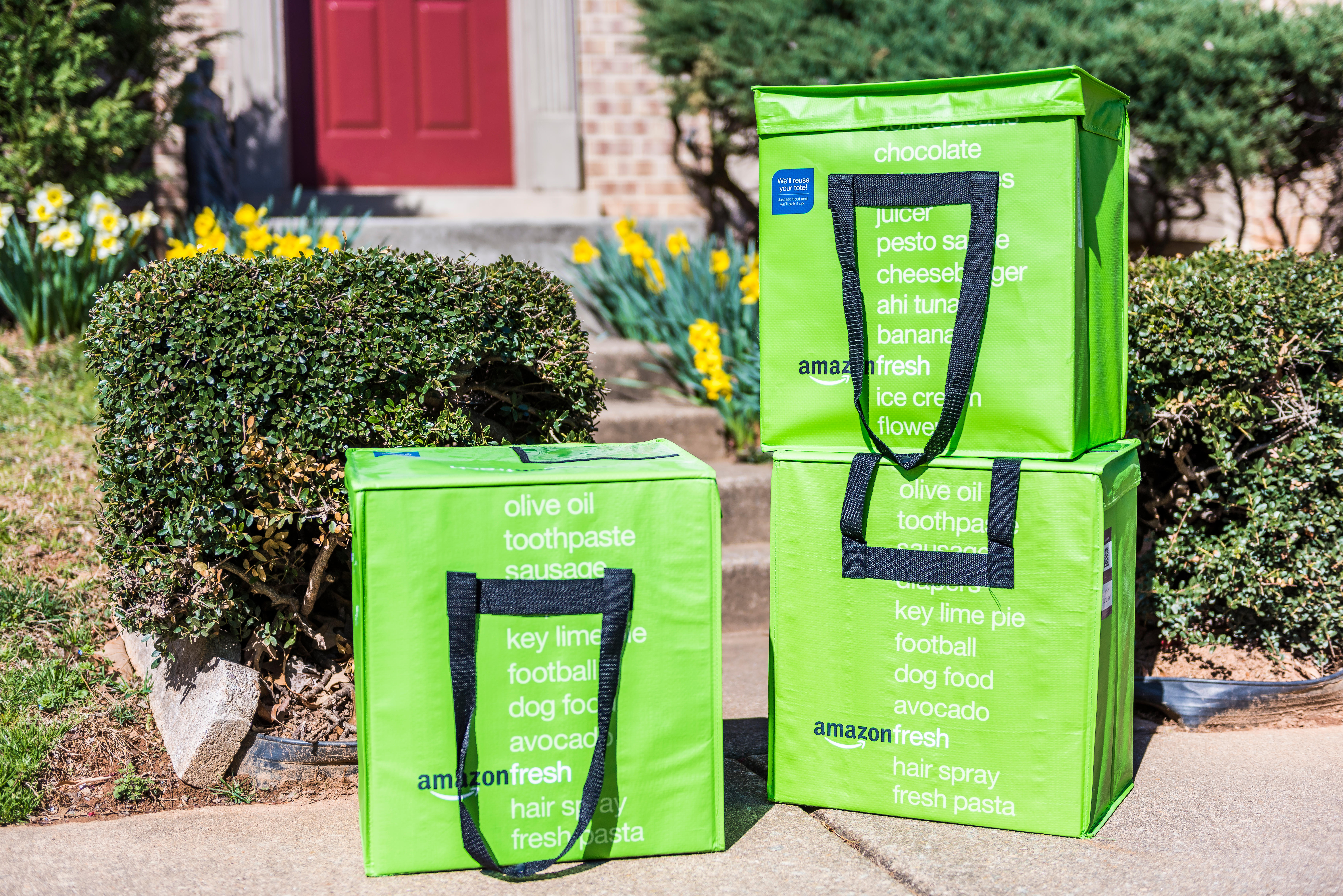 According to trade magazine The Grocer, the project involves upgrading nine existing Amazon depots in the UK so they can handle fresh groceries.

The first depot to be refitted is located in London, and the next in Leeds.

Amazon is said to have met with suppliers to discuss a "hybrid grocery" service before the coronavirus crisis hit.

The e-commerce giant was also due to host its first "Ultra Fast Fresh vendor day" on April 1 for suppliers, but it's been rescheduled for July due to the pandemic.

THE service is offered by a number of supermarkets and businesses, although slots are quickly selling out.

According to The Grocer, the new service called "Ultra Fast Fresh" would become a free addition to Prime subscribers in the UK.

Currently Prime members must pay an extra £3.99 a month to access Amazon Fresh, or pay an individual delivery charge of £2.99.

The aim by Amazon is to bring speedy grocery delivery to almost 40 per cent of UK households by the end of the year.

Prime Now, which already offers same-day grocery delivery at an extra cost in partnership with Morrisons, is currently available to roughly 30 per cent of the UK population.

To use it, you must be an Amazon Prime member.

While Amazon Pantry, which sells discounted grocery and household items, is also available to Prime members but it comes with a £3.99 fee for next day delivery.

At the end of October last year, Amazon in the US made Fresh deliveries a free benefit of Prime membership, ditching the £12 ($14.99) per month fee.

At the time Amazon's vice president of grocery delivery, Stephenie Landry, said: "Grocery delivery is one of the fastest growing businesses at Amazon, and we think this will be one of the most-loved Prime benefits."

A couple of years ago, Amazon Fresh was found to be up to 25 per cent cheaper than the big supermarkets.

While in March, its Prime Pantry was forced to close temporarily as an online shopping surge caused severe delays.

Supermarket shoppers who’ve been struggling to get online delivery slots can now use a nifty website to search multiple stores at the same time.