Angelina Pivarnick filed for divorce from Chris Larangeira in January

“Jersey Shore” star Angelina Pivarnick had husband Chris Larangeira’s back days before news broke that she filed for divorce earlier this year.

The Lashelina founder, 35, defended her longtime love, 44, on Instagram after her co-star Vinny Guadagnino poked fun at him for doing a sponsored post.

Larangeira shared a promotional video for protein bars on June 16, prompting the “Double Shot at Love” star, 33, to comment: “How much you getting [paid] for this ?”

In response to Guadagnino’s playful dig, Pivarnick decided to chime in, writing, “mind ya business.”

The MTV personality’s comment came two weeks before Us Weekly reported that she had quietly filed for divorce from Larangeira in January.

While it’s unclear whether the couple are still going through with the proceedings, it appears that their marriage may be back on track. In May, Larangeira posted a photo with Pivarnick on Instagram, calling her “my wife” in the caption. 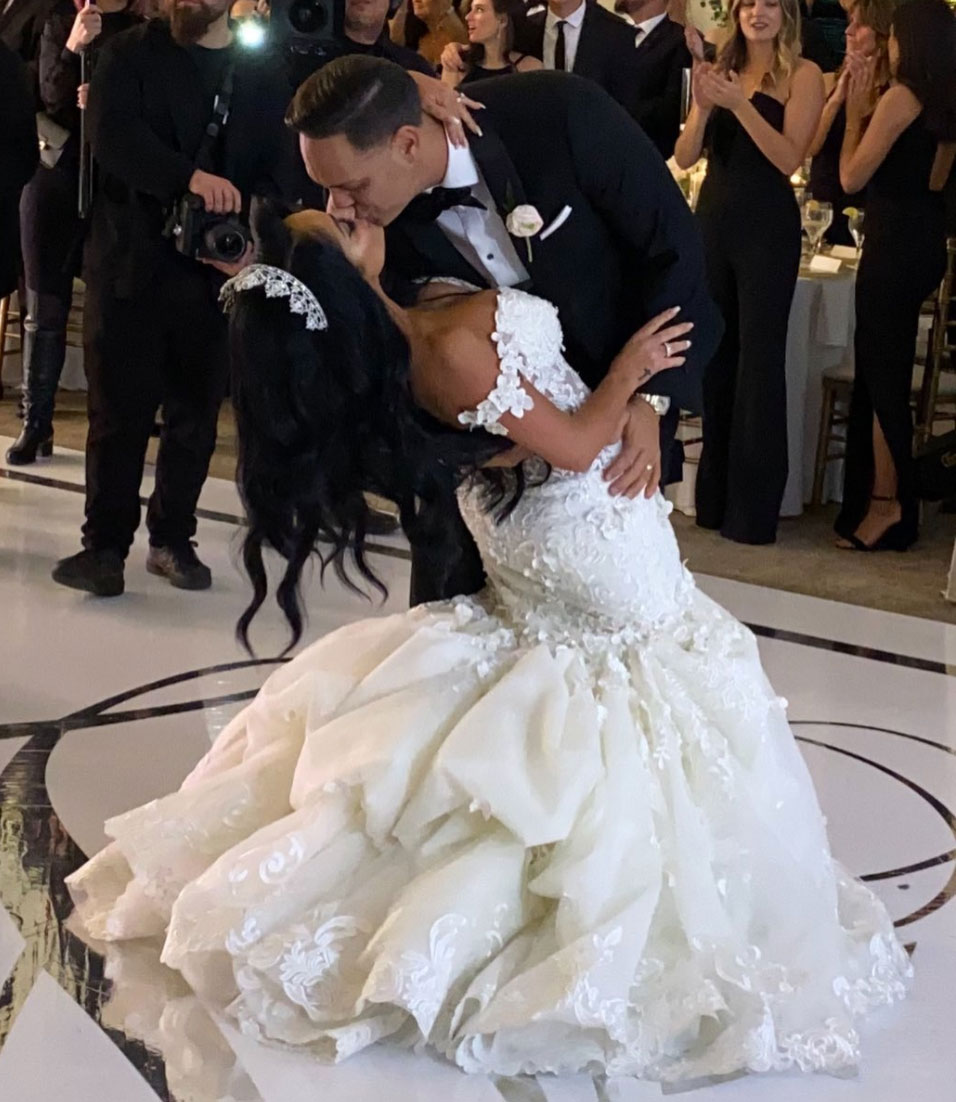 Their marital woes have become a major theme on the latest season of “Jersey Shore: Family Vacation.”

Fans of the show saw Pivarnick dish on her struggles at home in a recent episode, telling her castmates that the pair’s constant arguing has interfered with their sex life. She also revealed that Larangeira had moved out of their marital home temporarily, but she said they were focused on “working on” their relationship.

The news of the couples’ marital problems comes less than two years after they tied the knot in November 2019. They first began dating in July 2017 after meeting a decade prior.