ARSENAL have been given a major boost in their chase of Eduaardo Camavinga after Rennes DENIED Manchester United have made a bid.

It had been claimed this week that United had contacted Camavinga's agent Jonathan Barnett to talk over a proposed move. 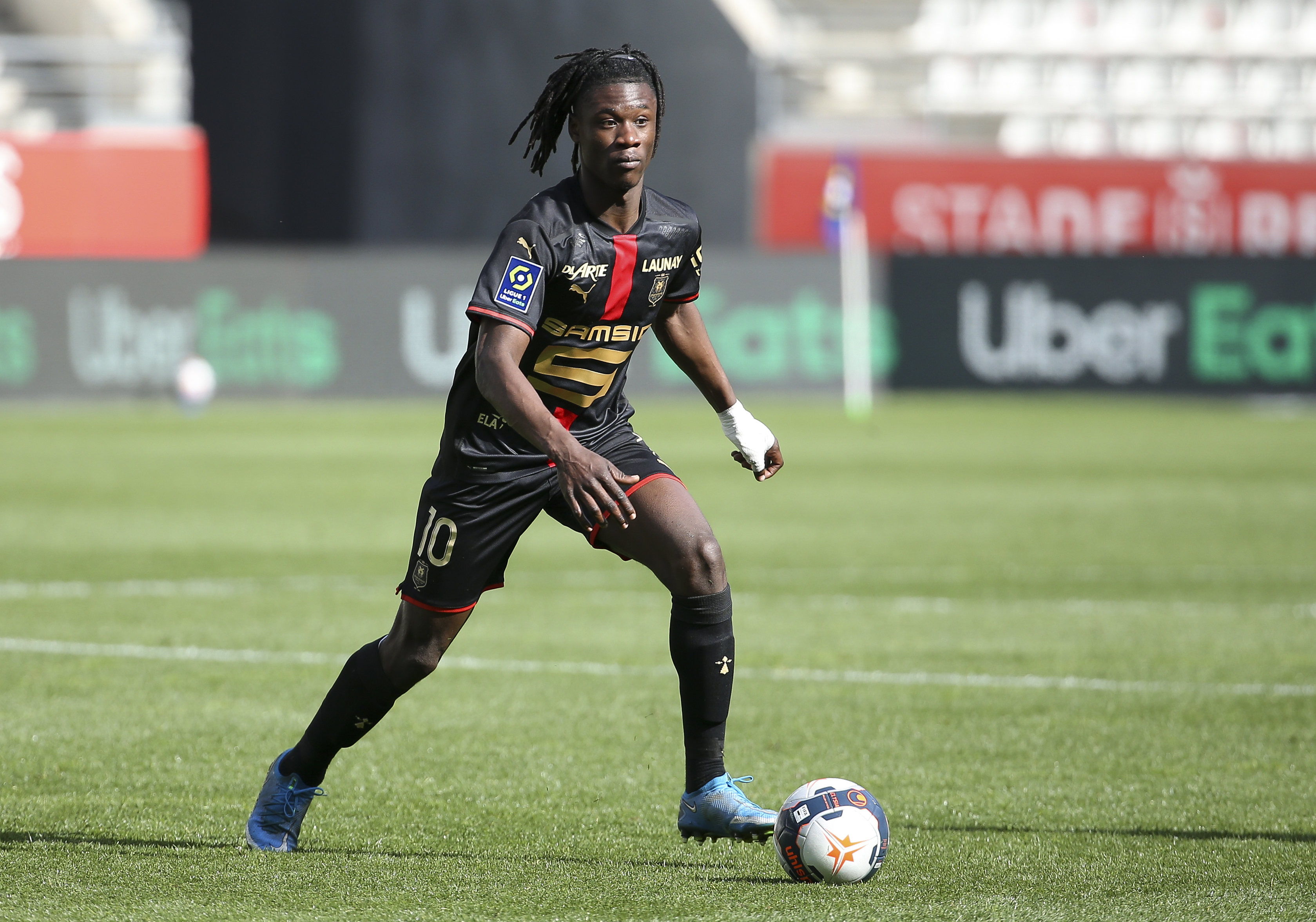 But Rennes sporting director Florian Maurice was quick to shut down those rumours.

Maurice was adamant that they hadn't received an offer for the 18-year-old prodigy from United or anyone else.

While speaking to Rennes TV, he said: "No offer was received for Eduardo Camavinga, neither from PSG nor from Manchester United.

"We remain calm about his situation. I know he doesn’t want to go free."

United reportedly planned to swoop on the defensive midfielder, who has just a year left on his contract, after securing the services of Jadon Sancho.

Maurice's claims that there's been no formal bid made for their talisman will be music to Arsenal ears.

The Gunners have reportedly placed Camavinga at the top of their wishlist this summer.

Despite his age, the teen prodigy already has a staggering 82 Ligue 1 appearances to his name.

But he won't come cheap and it's reported that Arsenal will have to stump up excess of £50m to prise him away from Rennes.

The price hasn't deterred Gunners boss Mikel Arteta who's allegedly willing to sell four players to get Camavinga to The Emirates.

That's according to The Express, who reckon Bernd Leno, William Saliba, Matteo Guendouzi and Eddie Nketiah are all at risk of being shown the door.