ARSENAL star Alexandre Lacazette was forced out of his team's 1-1 draw with Fulham after picking up an apparent injury.

The 29-year-old limped off in the 70th minute clutching his left hamstring – just 11 days before the Gunners face Villarreal in the first leg of their Europa League semi-final. 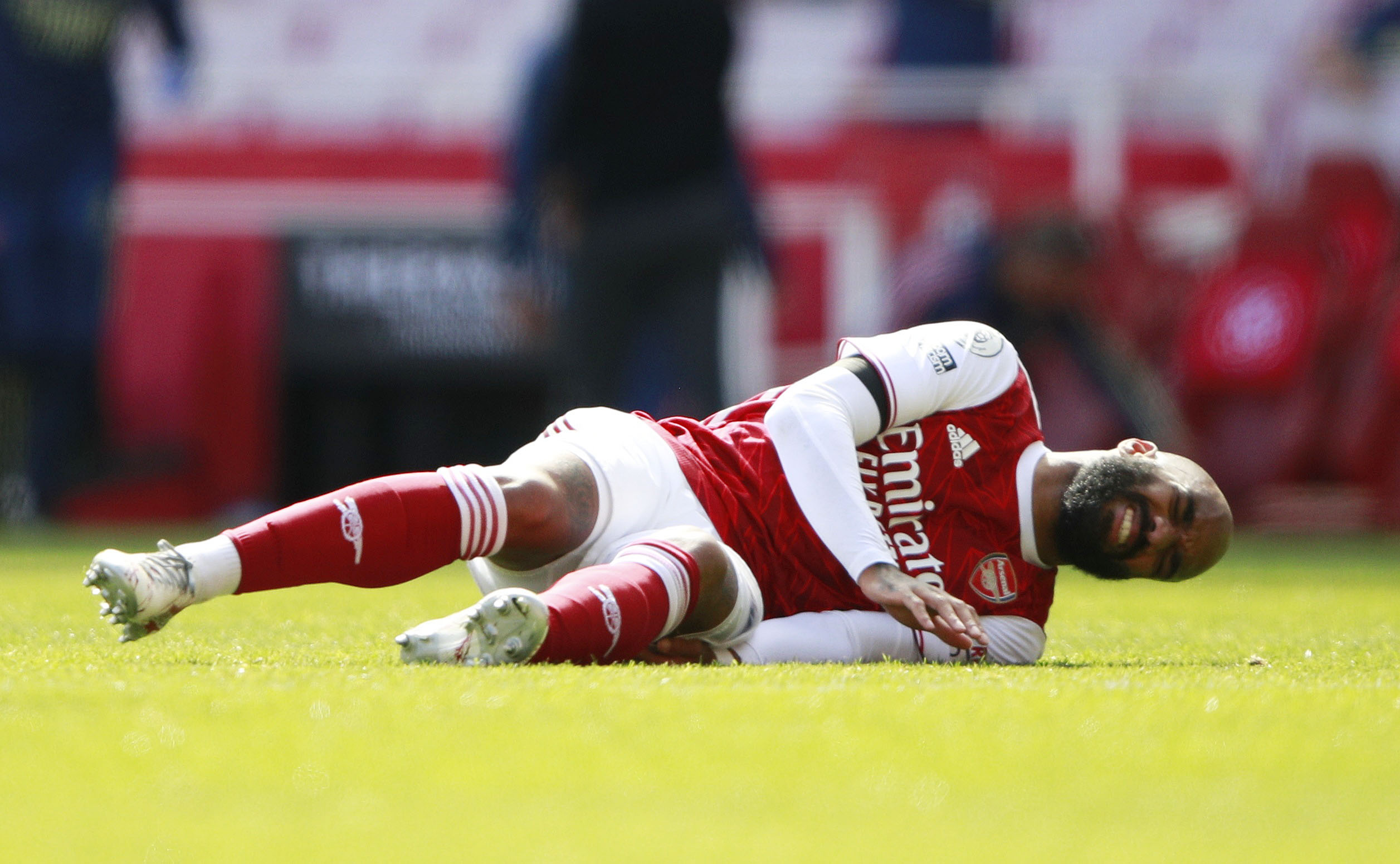 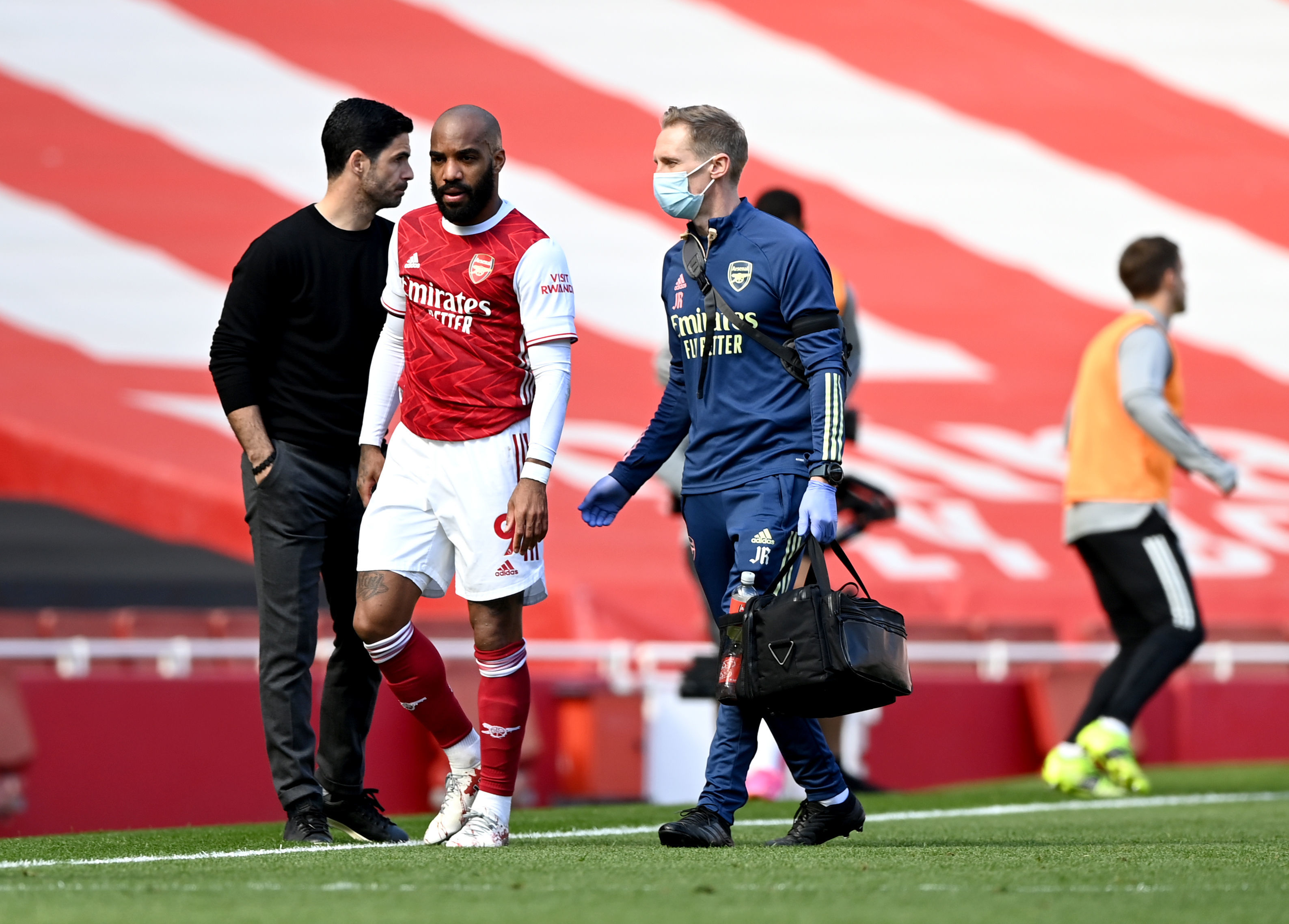 If the hamstring injury is confirmed, Mikel Arteta could be without the in-form striker for the rest of the season.

Hamstring injuries usually take between two to four weeks to heal but can be longer if the tear is substantial.

A confirmed tear will all but rule him out the first leg against Villarreal on April 29 – and it is unlikely he'd be fit for the return game a week later.

Should Arsenal overcome the Spanish side – managed by former boss and three-time Europa League winner Unai Emery – they will face either Manchester United or Roma in the final on May 26.

Lacazette would probably be fit for the showpiece event as it's still more than five weeks away – but there are no guarantees at this stage.

Arsenal, who are nine points behind West Ham in fourth, will almost certainly need to win the Europa League if they want to qualify for the Champions League.

They will be hoping the French striker's apparent injury isn't serious as he scored four goals in his previous two games before today, picking up braces against Sheffield United and Slavia Prague.

He took the knee in front of the Slavia players on Thursday night after defender Ondrej Kudela was given a ten-match ban by UEFA for alleged racist abuse towards Rangers midfielder Glen Kamara.

Lacazette is Arsenal's top scorer this season with 17 goals in all competitions.

Speaking to Sky Sports after the match, Eddie Nketiah – who scored Arsenal's 97th-minute equaliser against Fulham – said: "Firstly I wish Laca a speedy recovery – he's important to the team and hopefully will be back as soon as possible.

"For me I stay patient and I'm happy to get the chance to play and I will be ready to help the team if I'm called upon."

Arsenal are currently without captain and star striker Pierre-Emerick Aubameyang after he contracted malaria.