AUSTRALIA stormed to victory in the Twenty20 World Cup final with a belligerent batting display against New Zealand.

David Warner and Mitchell Marsh plundered aggressive half-centuries as they swept easily past the Blackcaps’ total of 172-4 in Dubai and won by eight wickets. 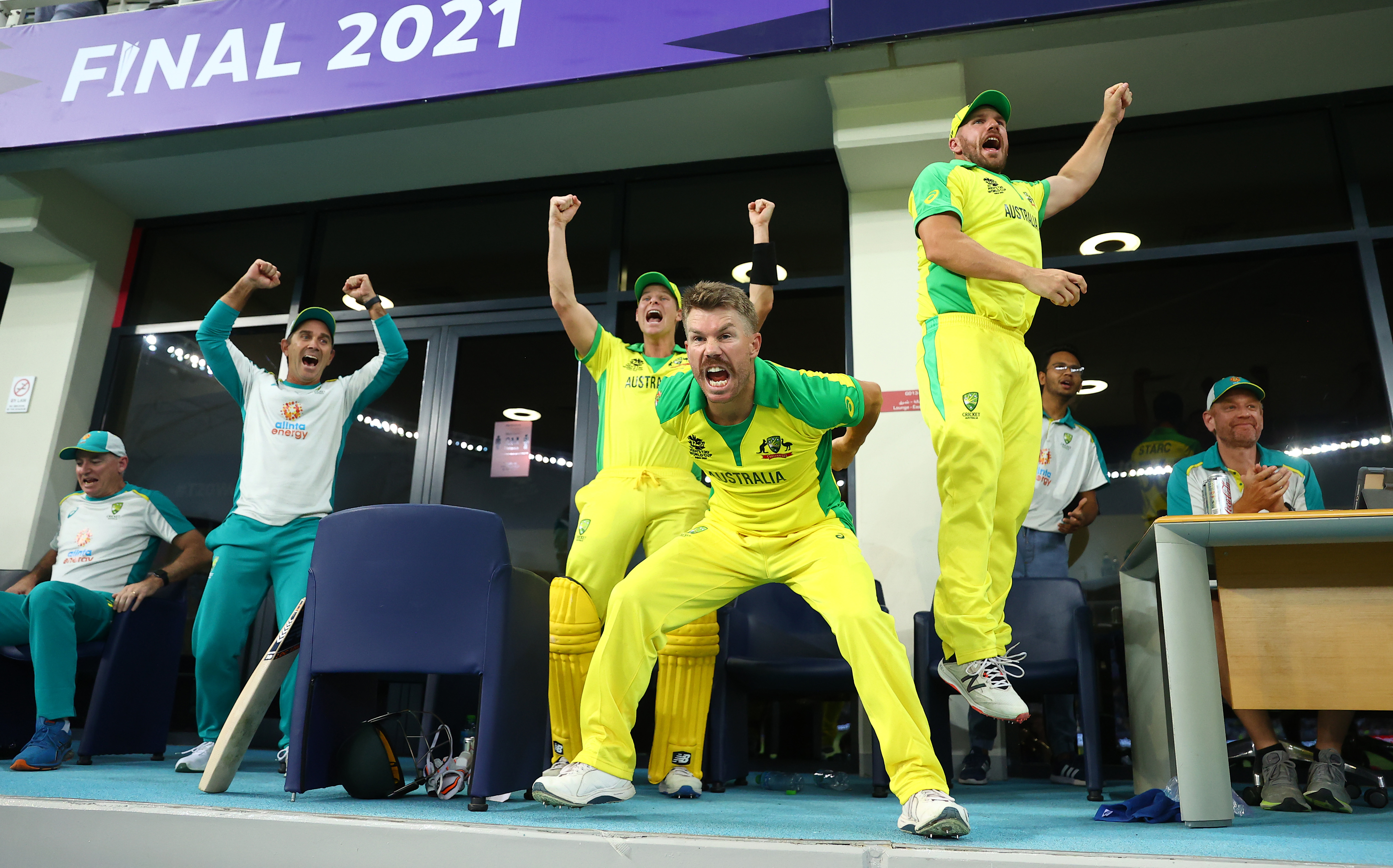 It means the Aussies lifted the T20 World Cup for the first time while the Kiwis suffered further agony in a global final – following their dramatic defeat to England at Lord’s in 2019 in the 50-over event.

If it was not bad enough for the Aussies to receive a pre-Ashes boost, they will have bragging rights over England on a special flight on Monday.

The Australian squad and the England players and backroom staff involved in the Ashes will share a charter plane Down Under.

England’s Ashes contingent have been stuck in Dubai since losing to New Zealand in the semi-final on Wednesday.

Five players – Jos Buttler, Jonny Bairstow, Dawid Malan, Mark Wood and Chris Woakes – plus the likes of head coach Chris Silverwood and assistant Paul Collingwood could imagine little worse than being cooped up inside a plane for 12 hours with gloating Aussies.

David Warner, Steve Smith, Mitchell Starc, Pat Cummins and Josh Hazlewood will all be involved in the iconic Test series, which begins in Brisbane on December 8.

Don’t forget, England thrashed Australia by eight wickets with 50 balls to spare in the group stages on October 30.

But that will count for nothing when the Aussies parade the trophy under the noses of Buttler and Co.

Wicketkeeper Matt Wade, who hit three sixes in three balls against Pakistan in the semi-final, said: “This is huge. A lot of people wrote us off but we spoke about being the first team to do this for Australia and it feels really special.”

And all-rounder Marcus Stoinis added: “We love each other. I’m so proud of this team. You won’t find bigger supporters of Mitch Marsh than us.”

New Zealand did well to reach their respectable total after managing just 57-1 in their opening ten overs. 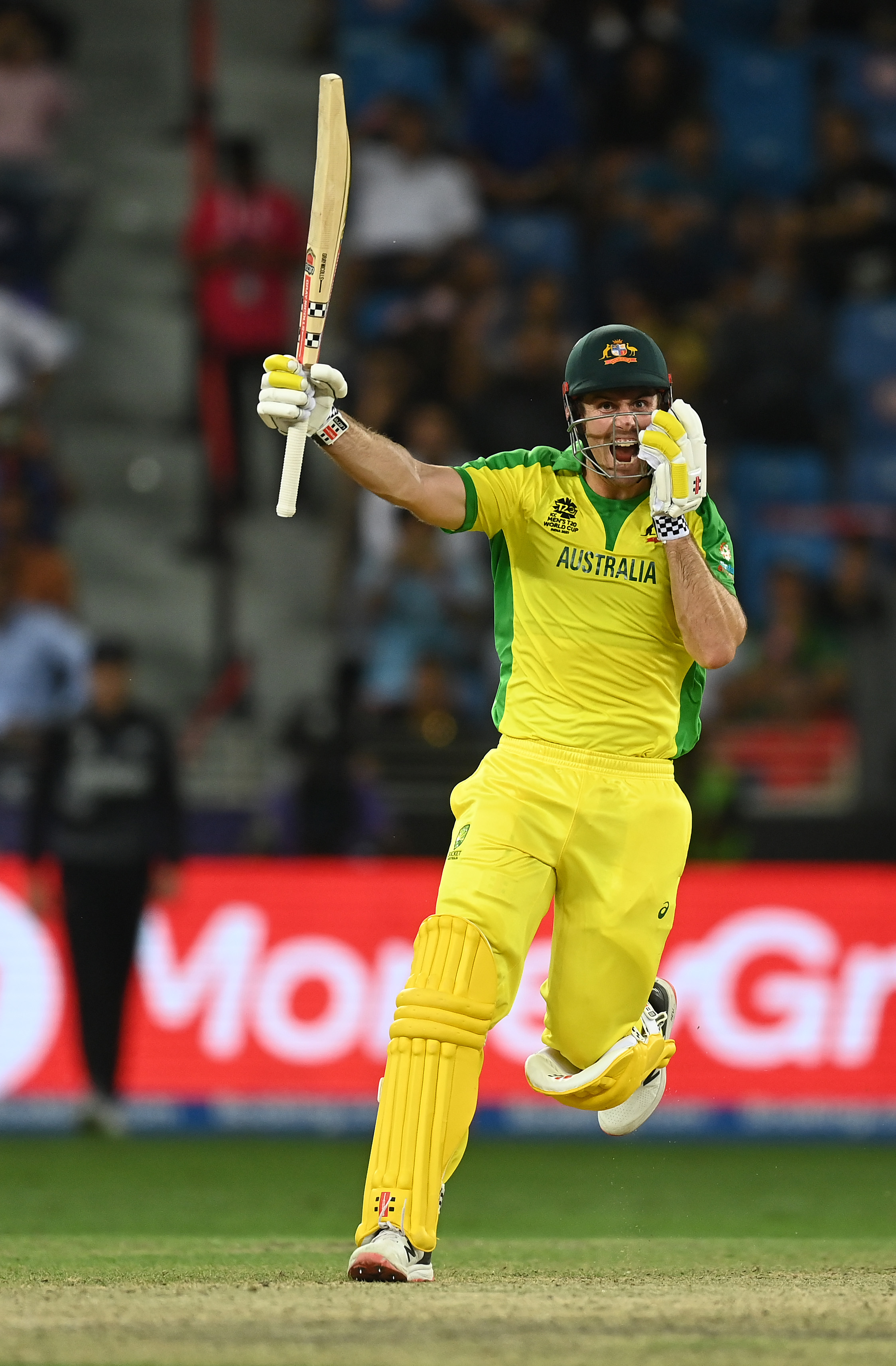 Captain Kane Williamson made 85 from 49 balls after being dropped by Hazlewood on the fine leg boundary when he had scored 21.

The contrasts in the Aussies bowlers’ figures were amazing – Starc went for 60 runs in four overs while Hazlewood’s figures were 4-0-16-3.

Aussie skipper Aaron Finch departed early but Warner, who has found form in the tournament after a miserable IPL, and Marsh tucked into the Kiwis bowlers.

Marsh finished 77 not out while Glenn Maxwell finished the job with a reverse sweep for four.

A total of 12 of the 13 teams batting second have won in Dubai during the tournament. The only victory by a team batting first was New Zealand’s success against Scotland.