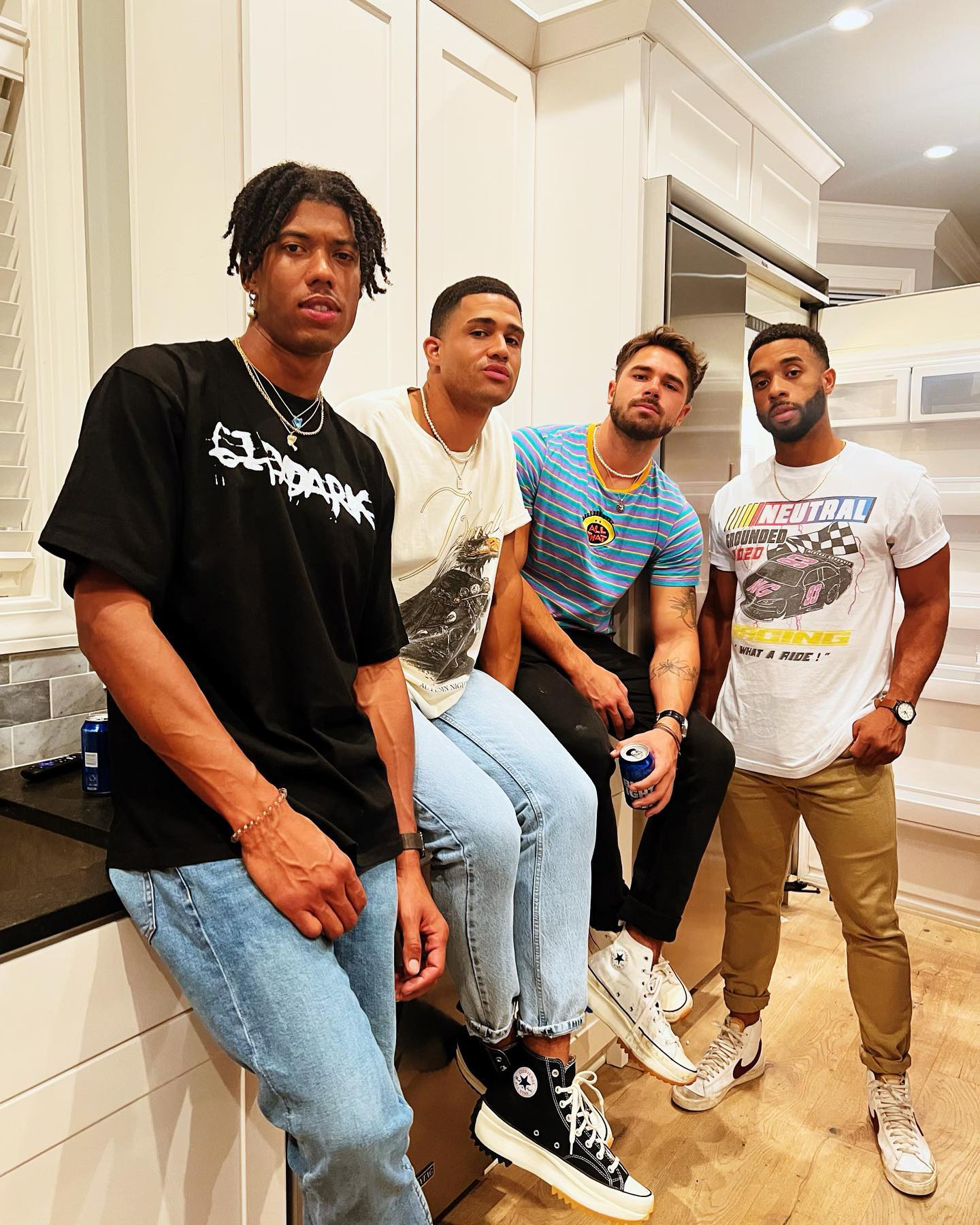 Bachelor Nation Stars Who Found Best Friends on the Shows

Alec Garza, who was eliminated during the third week, shared Instagram Story footage of the men’s night out at the Hampton Social club in Nashville. In several social media clips, he was joined by Tyler Norris, Aven Jones, Jordan Vandergriff, Nate Mitchell, Mario Vassall and more of their former season 19 costars.

As the group danced and partied at the club, they were apparently gifted a LED sign that said “F–k Tino,” referring to the 28-year-old contractor. Alec, 27, initially captured the signage on his Story, but the post has since been deleted.

While the group have not further addressed the sign or its meaning, they enjoyed their boys’ trip. “Thanks for the fun times, Nashville,” Alec captioned a Sunday, September 18, Story snap from the airport. 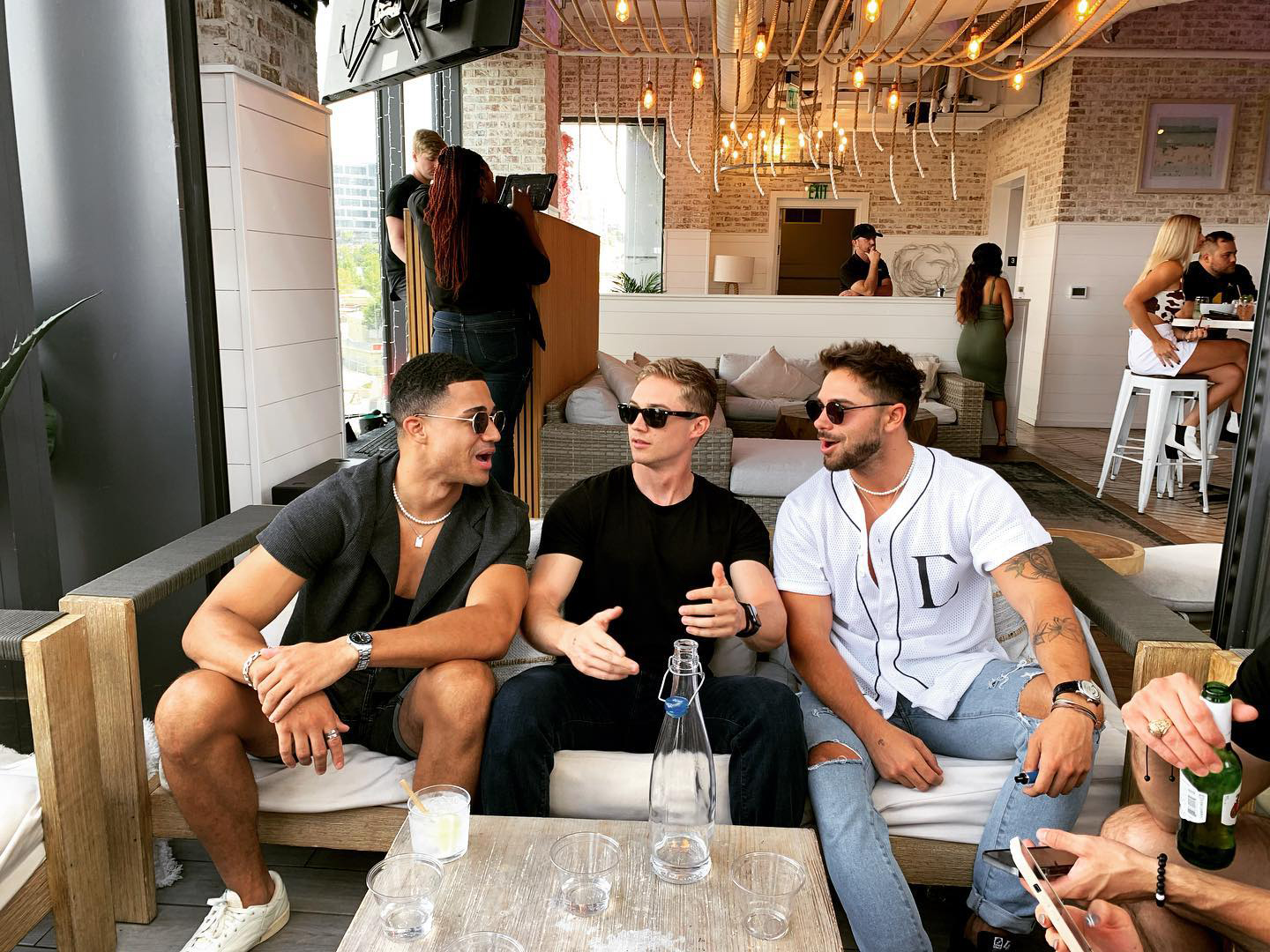 Rachel, 26, had narrowed her crop of men down to Aven, 28, Zach Shallcross and Tino ahead of the first part of the season finale, which aired on Tuesday, September 13. Zach, 26, eliminated himself after accusing the pilot instructor of not being authentic with her feelings for him, leaving Aven and Tino as her final two. Both men met Rachel’s family and friends in Mexico, however, knowing Tino’s family disapproved of the couple put a damper on things.

“I’m a million percent confident that they’ll love Rachel because I do — they’ll have no choice,” Tino reassured Rachel’s family in the episode. “They’ll fall in love with her just like I did.”

The Bachelor season 26 finalist was won over by her beau’s remarks and eagerness about a future proposal during the final episode, especially after Aven told her folks he wasn’t sure he could get down on one knee the next day. (Rachel eventually sent the Massachusetts native home, claiming he wasn’t ready to get engaged despite previous assurances.)

“I have so many great connections. Tino is definitely someone that initially caught my attention and I did give the first impression rose to him,” Rachel previously told Us Weekly in August. “He’s someone that I felt very safe around. He chose me from the beginning, and it was really nice to be able to share the date with him in Paris and really get to know him more.”

Both Rachel and the 31-year-old Dancing With the Stars season 31 contestant — who has only Erich Schwer left in her corner — seemed excited about the prospect of getting engaged to their “dream guys” in the preview for the Tuesday, September 20, episode. However, things took a turn when the trailer alluded to a heated argument between the Florida native and Tino.

“I just really need to tell you something that’s been weighing on me,” Rachel told her man in the clip. “You’re lying straight to my face. Look me in the eyes and lie to me again.” 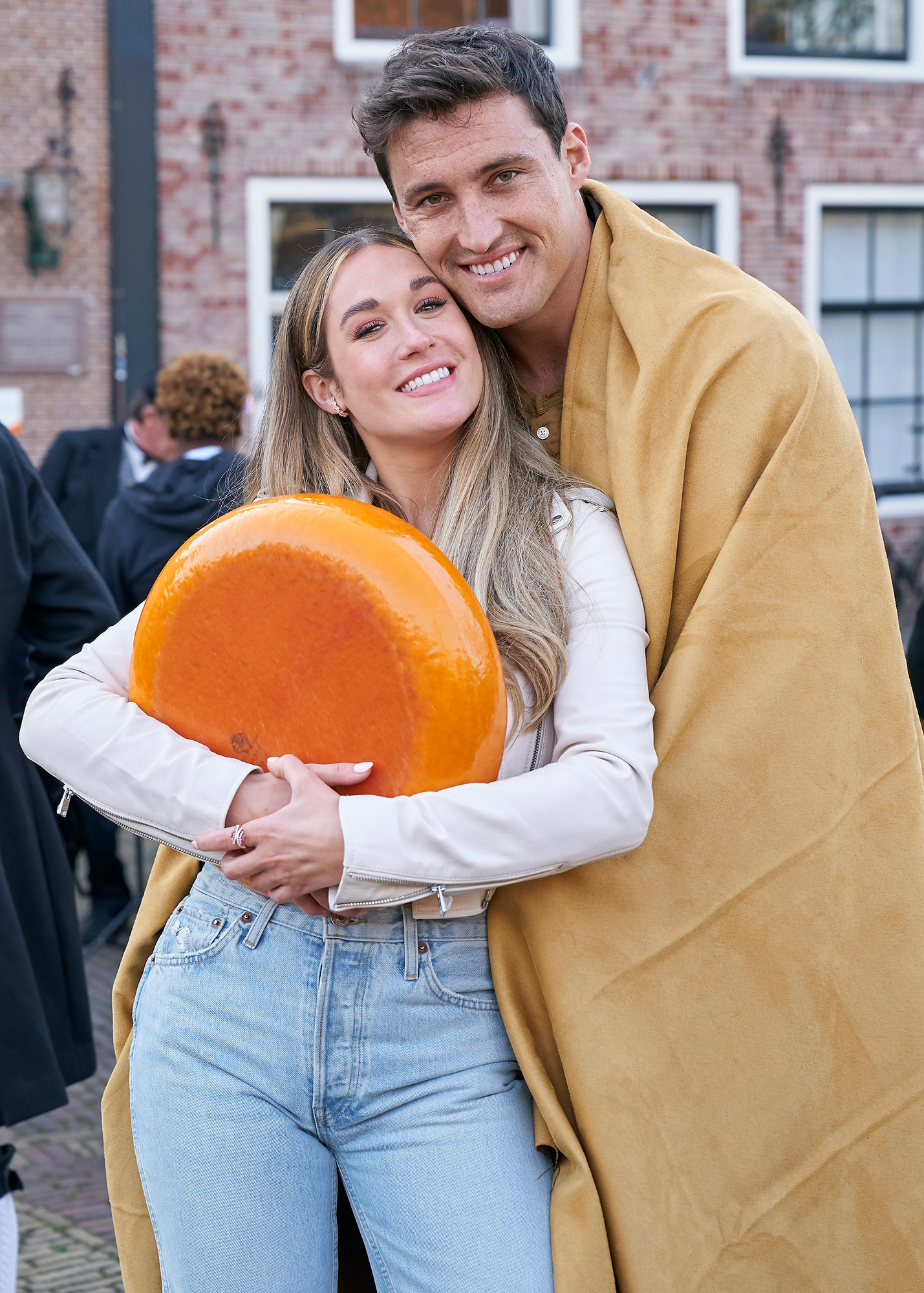 After asking Tino for an answer for “why you did what you did,” Rachel admitted via confessional that she has never felt this “blindsided and betrayed” in her life.

While fans will have to wait until Tuesday to see how Rachel and Tino’s journey ends, the men’s “F–k Tino” sign seems to be a play on Clayton Echard’s former contestants’ party with a “F–k Shanae” sign in February 2021. The season 26 alums were gifted the board that had called out Shanae Ankney over her villain role on the show.

“Regarding the sign brought out at the club last night, I just want to reiterate that we didn’t ask for it and didn’t know it was coming to our table,” Genevieve Parisi wrote via Instagram Story the next day, apologizing for her actions. “That being said, it was insensitive for me to video it and post it to Instagram. Nobody is perfect and I’m learning as I go. 🤍”