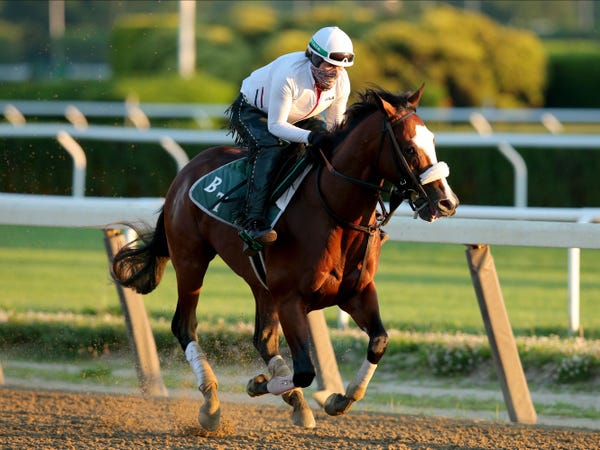 The 146th running of the Kentucky Derby will be unlike any other in history.

For the first time since World War II, the race will be contested outside of May, delayed until this Saturday due to the COVID-19 pandemic. It will also be the Triple Crown's second race, rather than the opening leg, as the Belmont Stakes was run in June.

Most jarringly for the viewer, the Kentucky Derby will be without the grand fanfare that usually accompanies the Run for the Roses, as fans won't pack the grandstand at Churchill Downs with impressive hats and mint juleps in hand.

Still, the race will run, with 20 impressive horses entering the starting gate for their shot at the biggest prize in thoroughbred racing. And when there's a race to be run, there are bets to be placed.

Betting on horses can seem intimidating to novices, given the vast numbers of permutations that a bettor can fill their exactas, trifectas, and pick 5s. But thankfully, at the Kentucky Derby, there is one fairly dominant trend that can serve bettors well this Saturday: Bet the favorite.

While betting the favorite is not often seen as the "sharp" play when it comes to other sports, in horse racing, and especially at the Kentucky Derby lately, playing the favorite has been remarkably profitable.

Last year was the lone exception, when Country House took the roses on a sloppy track as a 65/1 longshot despite crossing the line second, thanks to the disqualification of Maximum Security.

2019 was a wonky race, and given the bizarre circumstances of this year's Derby, it's possible that more chaos could be in order. Still, if you're looking to ride one of the more reliable trends you can find in horse racing, the play is to bet the favorite, and this year's favorite is a fine one in Tiz the Law, whose odds currently sit at 3-5.

Tiz the Law has won six of the seven starts in his career, including having already taken the first leg of the Triple Crown this year at the Belmont Stakes. While the 20-horse field of the Kentucky Derby will be a new challenge, Tiz the Law is still the strongest horse running.

If there's one reason for hesitation, it's his post position. Tiz the Law will attempt to become the first horse to win the Derby out of the 17th gate.

If you're the superstitious type, the starting gate may be enough to steer you away from betting Tiz the Law, but his running style should be fine for the position as long as jockey Manny Franco gives him a good ride. Tiz the Law is comfortable racing in the middle of the pack and has the closing speed to win the race going away in the final turn as long as he has a lane.

At 3-5 odds, it'll be tough to secure a big return comparable to last year's race, but should you decide to fill out some trifectas and see some long shots come through beneath Tiz the Law, a solid payday is still possible.

There are no sure bets in horse racing, so don't go betting your savings on a horse based on a random tip from this humble blogger. But if you're looking to get a little bit of action down on the biggest day in horse racing, Tiz the Law is the horse to bet.

For the rest of your trifecta, your guess is as good as mine.