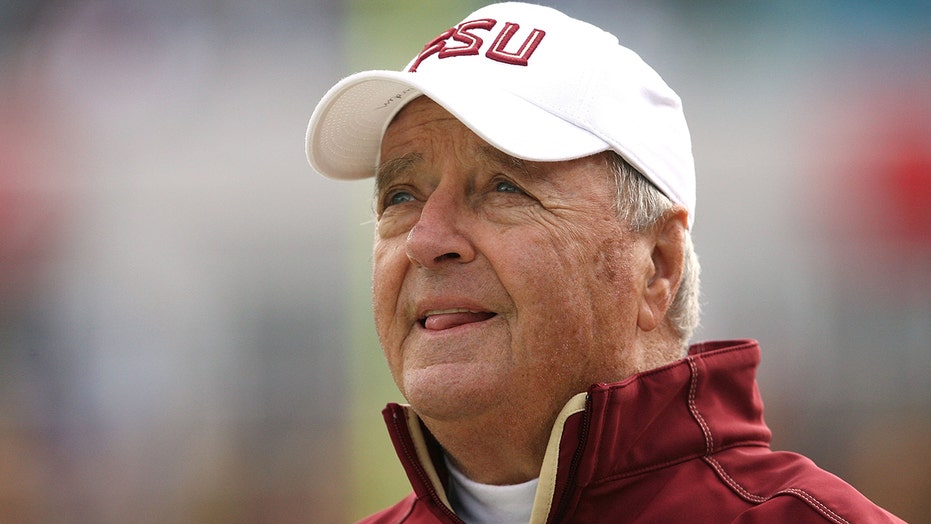 Bobby Bowden, the legendary college football coach who was at the helm of Florida State for 34 years, was diagnosed with a terminal medical illness.

Bowden, 91, won two national championships as the Seminoles’ head coach. He coached Florida State from 1976 to 2009 and was in a bowl game in all but three seasons at the school. Before FSU, he coached at West Virginia from 1970 to 1975.

“I’ve always tried to serve God’s purpose for my life, on and off the field, and I am prepared for what is to come,” Bowden said in a statement to the Tallahassee Democrat. “My wife Ann and our family have been life’s greatest blessing. I am at peace.”

The family asked for privacy as he deals with his health issues.

It wasn’t clear what the terminal medical illness was.

He finished his coaching career with 377 wins, having had 12 of them vacated. Since Bowden left the Seminoles, Florida State has had eight winning seasons and a national championship. But in the last three seasons, the team finished below .500.

He received the Florida Medal of Freedom in April, which recognizes “any person who has made and especially meritorious contribution to the interest in citizens of the state and culture public and private endeavor.”

Upon receiving the accolade, Bowden said: “I appreciate you giving me this honor. I will cherish it the rest of my life.”