The FBI is taking the unusual step of ordering a new look at the autopsy of Black motorist Ronald Greene to consider evidence not provided after his 2019 death, including graphic body camera video of Louisiana state troopers stunning, punching and dragging him after a high-speed chase.

The re-examined autopsy is part of a federal civil rights investigation that has taken on new urgency in the nearly two months since The Associated Press obtained and published the video of Greene’s arrest. Federal prosecutors also met with his family last month and made clear they plan to present the case to a grand jury by the summer’s end.

“They wanted to emphasize to the family that they’re serious this time,” said the family’s attorney, Lee Merritt. “Their new enthusiasm is based on the public pressure that’s come from the release of the videos.” 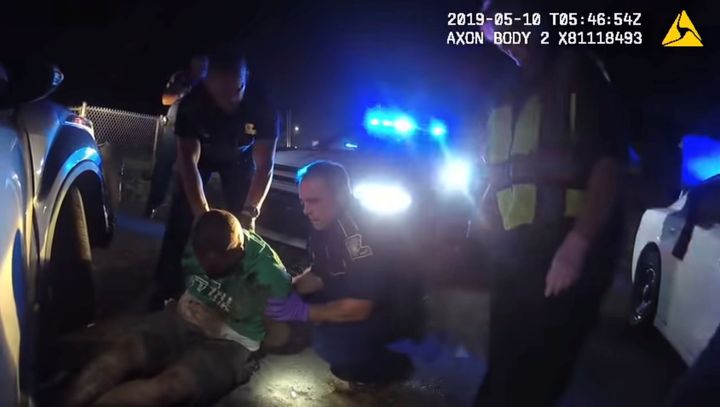 The autopsy could be crucial in determining if anyone is charged in the case. The initial examination of Greene’s body two years ago failed to determine whether his most severe injuries were caused by the troopers’ violent use of force or a minor crash that followed the police chase.

Several people familiar with the case told the AP that the FBI recently asked Dr. Frank J. Peretti, who conducted the initial autopsy, to take another look that takes into account a raft of evidence the Louisiana State Police refused to provide the first time, including the troopers’ body camera footage and even the most basic police reports. His review in the coming days, which will focus on the supporting evidence and not require another exam of Greene’s long-buried body, could result in a revised autopsy report.

“No cause of death is carved in stone,” Peretti told the AP. “Sometimes additional investigative materials become available years later that you didn’t have. The correct thing to do is to review it.”

An independent autopsy commissioned by Greene’s family days after his death found it was “not possible to determine the cause,” citing a “significant lack of information regarding the circumstances.” 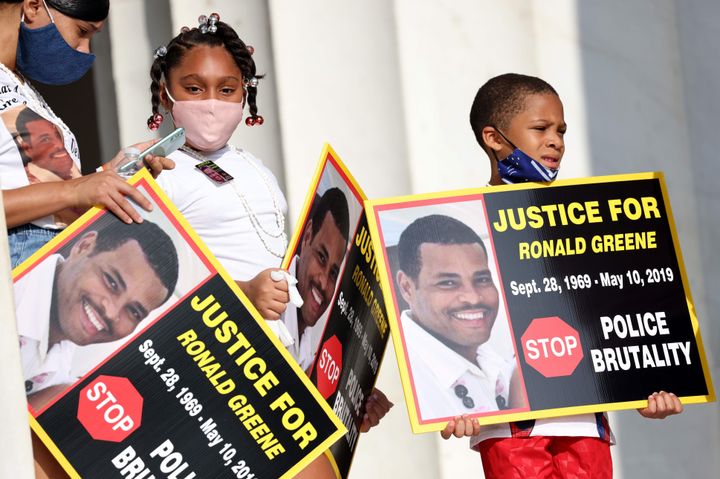 Capt. Nick Manale, a state police spokesman, said in a statement that the agency has offered “full cooperation” to the federal investigation and “provided all necessary documents.” He did not answer a question about why some materials were withheld from the initial autopsy.

The FBI declined to comment. The Justice Department said in a statement: “If the investigation reveals prosecutable violations of any federal criminal statutes, the Department will take appropriate action.”

The new activity follows mounting criticism that the federal investigation into Greene’s death has moved far too slowly.

John Belton, the Union Parish district attorney, referred the case to federal authorities in September 2019, telling colleagues he was aghast at the body camera footage. But more than five months passed before the FBI’s satellite office in Monroe even collected the case file, according to law enforcement officials familiar with the matter.

“We do appreciate that the case is moving forward, but the pace is still a problem for the family,” Merritt said. “They’re just not acting swiftly enough.”

In June 2020, federal authorities subpoenaed an array of training materials from state police ranging from use of force to “the provision of medical care to arrested persons,” according to documents obtained by AP.

The federal subpoena also requested training records for Chris Hollingsworth and Dakota DeMoss, the two troopers who first encountered Greene and rushed his SUV following the high-speed chase. Hollingsworth, who later admitted striking Greene in the head with a flashlight, died last year in a single-vehicle crash hours after he learned he would be fired for his role in the Greene case.

The FBI in recent weeks has focused on the question of whether troopers willfully mistreated Greene, seeking to determine, among other things, whether he was pepper-sprayed after being handcuffed. A use-of-force report authored by Hollingsworth includes a reference to the pepper-spray, but it’s unclear from the body camera video exactly when the chemical was deployed.

State and federal authorities also are examining whether troopers can be charged for showing deliberate indifference to Greene’s medical needs or for failing to intervene in his violent arrest — such as when Master Trooper Kory York dragged the man on his stomach by his ankle shackles.

Troopers also have been criticized for ordering the heavyset, 49-year-old Greene to remain facedown on the ground with his hands and feet restrained for more than nine minutes — a tactic use-of-force experts described as dangerous and likely to have restricted his breathing.