On Sept. 24, 1993, “Boy Meets World” premiered on ABC, introducing audiences to characters like Cory Matthews, Topanga Lawrence and Mr. Feeny. Fans spent seven years with the crew, watching as they went from middle school to college, witnessing what happened as they fell in love, and, in the case of Cory and Topanga, as they got married. In honor of actress Danielle Fishel’s 40th birthday on May 5, 2021, Wonderwall.com is checking up on the cast to see what they’ve been up to since the show’s finale back in 2000. Keep reading for more…

RELATED: Child stars: Where are they now?

Ben Savage played “Boy Meets World” lead Cory Matthews, whose life is chronicled from middle school to college as he balances the struggles that come with meeting your soul mate (Topanga) at such a young age.

After “Boy Meets World,” Ben Savage went on to Stanford University, where he studied political science. He returned to acting after college in a few minor films and on a handful of TV shows then reprised his role as Cory Matthews on the spinoff series “Girl Meets World” from 2014 to 2017. Ben has also found a niche playing a younger version of Mandy Patinkin’s characters in a few projects including “Criminal Minds” and “Homeland.”

RELATED: Nickelodeon child stars of the ’90s: Where are they now

The role of Topanga Lawrence (later Lawrence-Matthews) was played by Danielle Fishel. Topanga was a weird middle school girl-turned-popular and smart high school student and Cory’s love interest throughout the show. The two married during the final season.

After wrapping her role as Topanga, Danielle Fishel dipped her toe into hosting, leading shows on MTV and the Style Network. Like Ben Savage, Danielle also reprised her role on “Girl Meets World” in 2014 for three seasons. She attended California State University, Fullerton where she met her first husband, Tim Belusko. The two were married between 2013 and 2016. In 2018, she wed podcaster Jensen Karp (who famously found a shrimp tail in his Cinnamon Toast Crunch in 2021), and in 2019, the two welcomed a son.

Will Friedle played Cory Matthews’ older brother, Eric, who starts out as a cool older brother but evolves into a wacky, kind of crazy character over the course of the show.

Since “Boy Meets World,” Will Friedle has been a prolific voice actor on shows like “Kim Possible,” “Transformers: Robots in Disguise,” “Thundercats” and the “Guardians of the Galaxy” animated series. He also had a recurring role on the spinoff “Girl Meets World.” He married Susan Martens in 2016.

Rider Strong pursued his education immediately after “Boy Meets World” wrapped, earning a degree in English from Columbia University, where he graduated with great distinction. He then got a fine arts master’s degree in fiction and literature from Bennington College. Rider still did some acting during his time as a student, both on screen and on stage. Later, he appeared as a guest on the “Girl Meets World” spinoff and even directed a few episodes of the show. He married actress Alexandra Barreto in 2013. The two have a son, Indigo, together.

William Daniels played Mr. Feeny, a mentor for all the kids, particularly Cory and Eric. He taught them through middle school, high school and even as a college professor.

William Daniels (seen here with his on-screen and real-life wife, Bonnie Bartlett) wrapped “Boy Meets World” when he was 73. He’s been mostly retired from acting since, though he has taken on a few small roles, appearing on “Grey’s Anatomy” and, of course, “Girl Meets World.” He wrote a book about his life that was published in 2017, “There I Go Again: How I Came to Be Mr. Feeny, John Adams, Dr. Craig, KITT, and Many Others.”

Bonnie Bartlett continued to act after working with her real-life husband (of almost 70 years!) on “Boy Meets World.” She appeared on shows including “NCIS,” “Grey’s Anatomy” and “Better Call Saul.” Her last acting credit was in 2017 — and no, it actually wasn’t “Girl Meets World.”

Lee Norris appeared on “Boy Meets World” during season 1 and again as a guest on season 5, but his character, Stuart, was not his biggest television role. From 2003 to 2012, he played Marvin “Mouth” McFadden on “One Tree Hill.” Lee later had a recurring role on “Girl Meets World” as a dad. His most recent acting gig was a bit part in the 2020 film “Greyhound.”

Betsy Randle played Cory and Eric’s mom, who worked as a real estate agent and at an art gallery on “Boy Meets World.”

Betsy Randle continued to act post-“Boy Meets World” — she popped up on “Charmed” and “Adam Ruins Everything” — but she’s mostly laid low since wrapping her role as Amy Matthews. However, she was convinced to return as the Matthews family matriarch on a few episode of the spinoff series “Girl Meets World.”

William Russ (right, seen here on an episode of “Colony”) has acted consistently since playing Alan Matthews. He’s appeared on shows like “Boston Legal,” “The Young and the Restless” and “9-1-1” and, like most of his old castmates, on the spinoff series “Girl Meets World.”

Lily Nicksay stopped playing Morgan Matthews after two seasons but continued to act. Lily, who now goes by her married name, Lily Gibson (she wed musician Dave Gibson in 2015), has done a number of theatrical projects like “Barefoot in the Park” and “Gulf View Drive.” Lily poked fun at her stint as Morgan on an episode of “Girl Meets World” with Lindsay Ridgeway, who picked up the role after Lily’s exit.

Lindsay Ridgeway appeared with Lily Nicksay — who previously played Morgan on “Boy Meets World” — on the “Girl Meets World” finale in 2017, but she’s hardly acted since leaving the show. Instead, Lindsay first focused on her education, getting a degree in political science from the University of California, Riverside and a master’s in counseling from University of Redlands. She’s worked as a substitute teacher, a fitness instructor and as a behavior therapist over the years.

Trina McGee played Angela Moore, a love interest for Shawn Hunter, on the later seasons of the show.

Trina McGee has enjoyed a few small roles since “Boy Meets World” including on “Girl Meets World.” In January 2020, she tweeted about incidents of racism during the show, writing, “Called Aunt Jemima on set during hair and make up. Called a bitter b**** when I quietly waited for my scene to finish rehearsing that was being [expletive] up over and over due to episode featuring my character. Told ‘it was nice of you to join us’ like a stranger after 60 episodes,” she wrote. She later backtracked on her comments, saying she “didn’t know” if she would quantify them as racism today. She also said she received an apology from the male colleague who called her Aunt Jemima.

Matthew Lawrence (seen here with Will Friedel, right) played Shawn’s half-brother Jack Hunter, who had a far more privileged upbringing than Shawn (who was played by Rider Strong).

Matthew Lawrence’s most recognizable acting gig since 2000 was doing a few episodes on older brother Joey Lawrence’s sitcom “Melissa and Joey.” Beyond popping up as Jack Hunter on a 2015 episode of “Girl Meets World,” Matthew has appeared in a variety of smaller projects and also made headlines thanks to his long off-and-on relationship with “Dancing With the Stars” pro Cheryl Burke, whom he married in 2019.

While Maitland Ward did some mainstream acting post-“Boy Meets World,” appearing in projects like “White Chicks,” she’s actually found success in the adult film industry. Maitland has appeared in numerous adult movies and has said that during the coronavirus pandemic, she made the most money of her career, raking in six figures a month on the website OnlyFans. Unsurprisingly, she never appeared on the spinoff “Girl Meets World.” 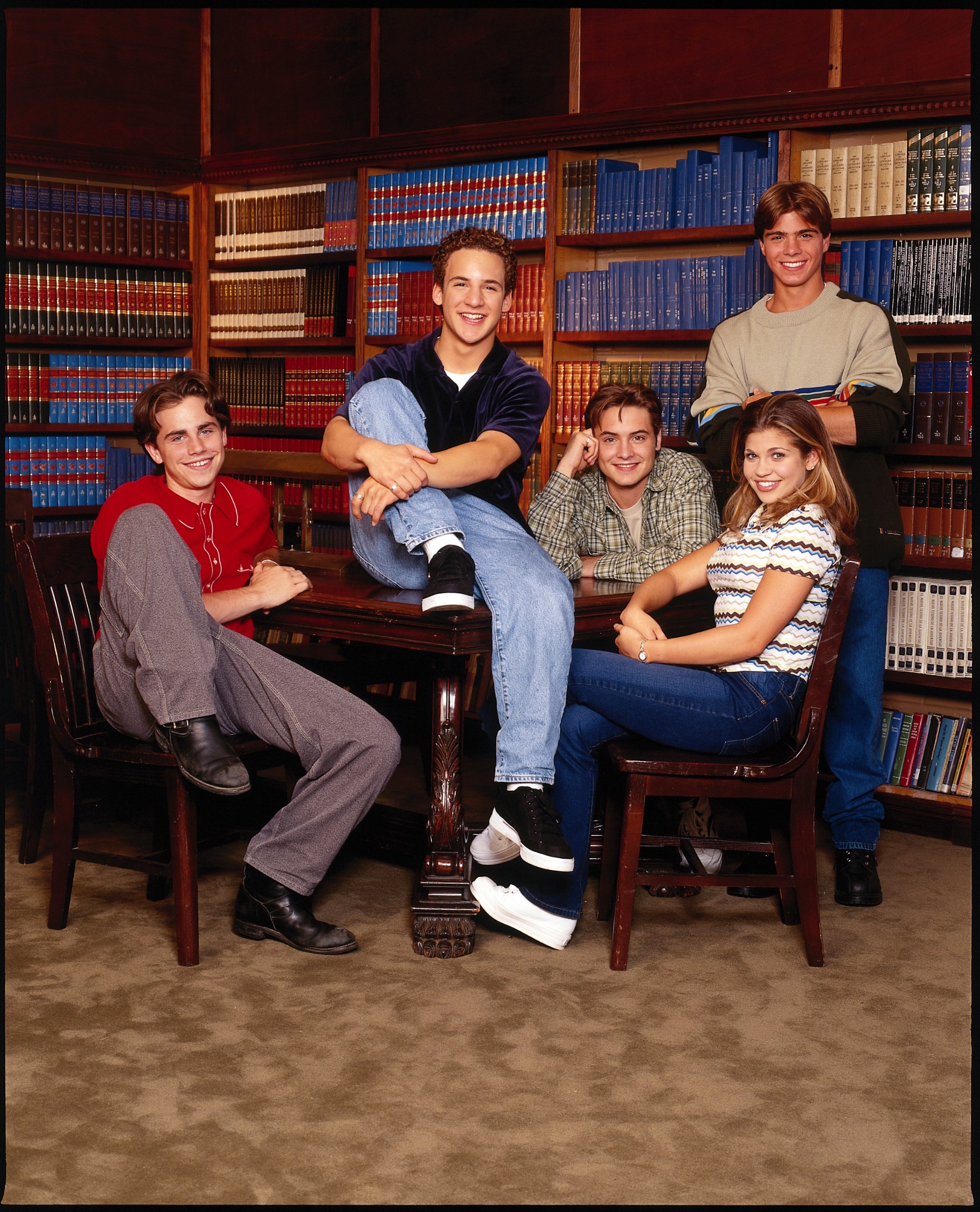 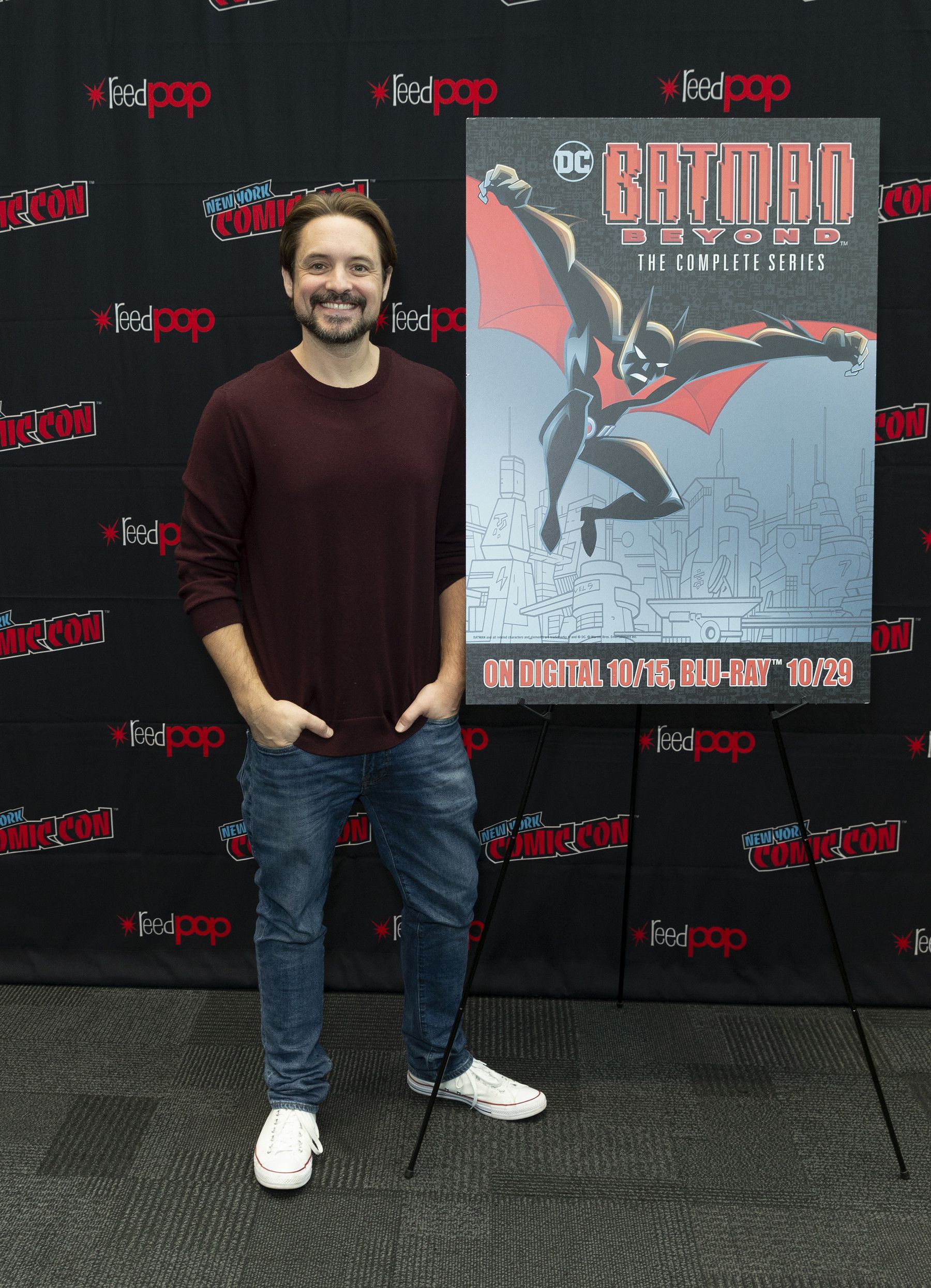 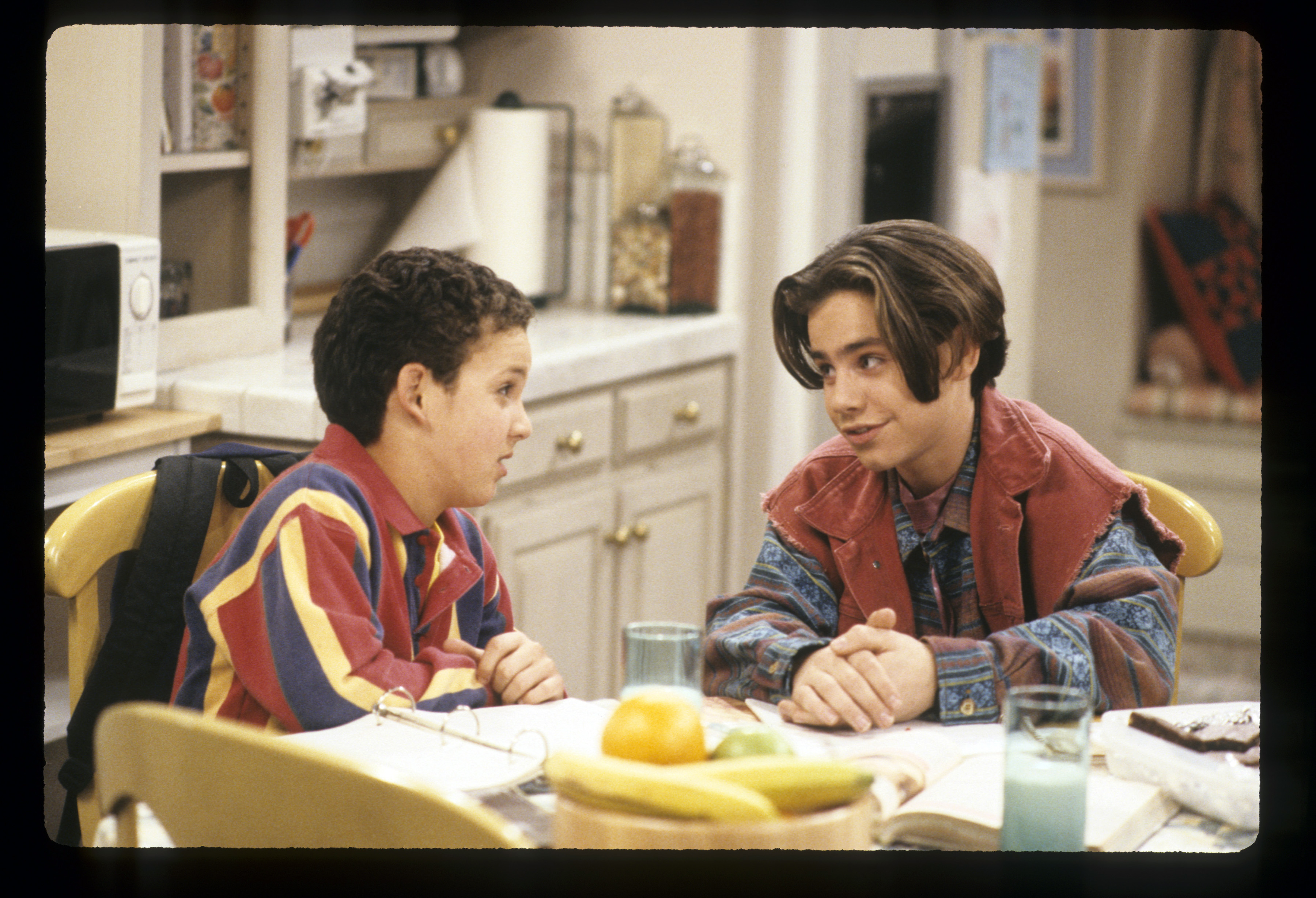 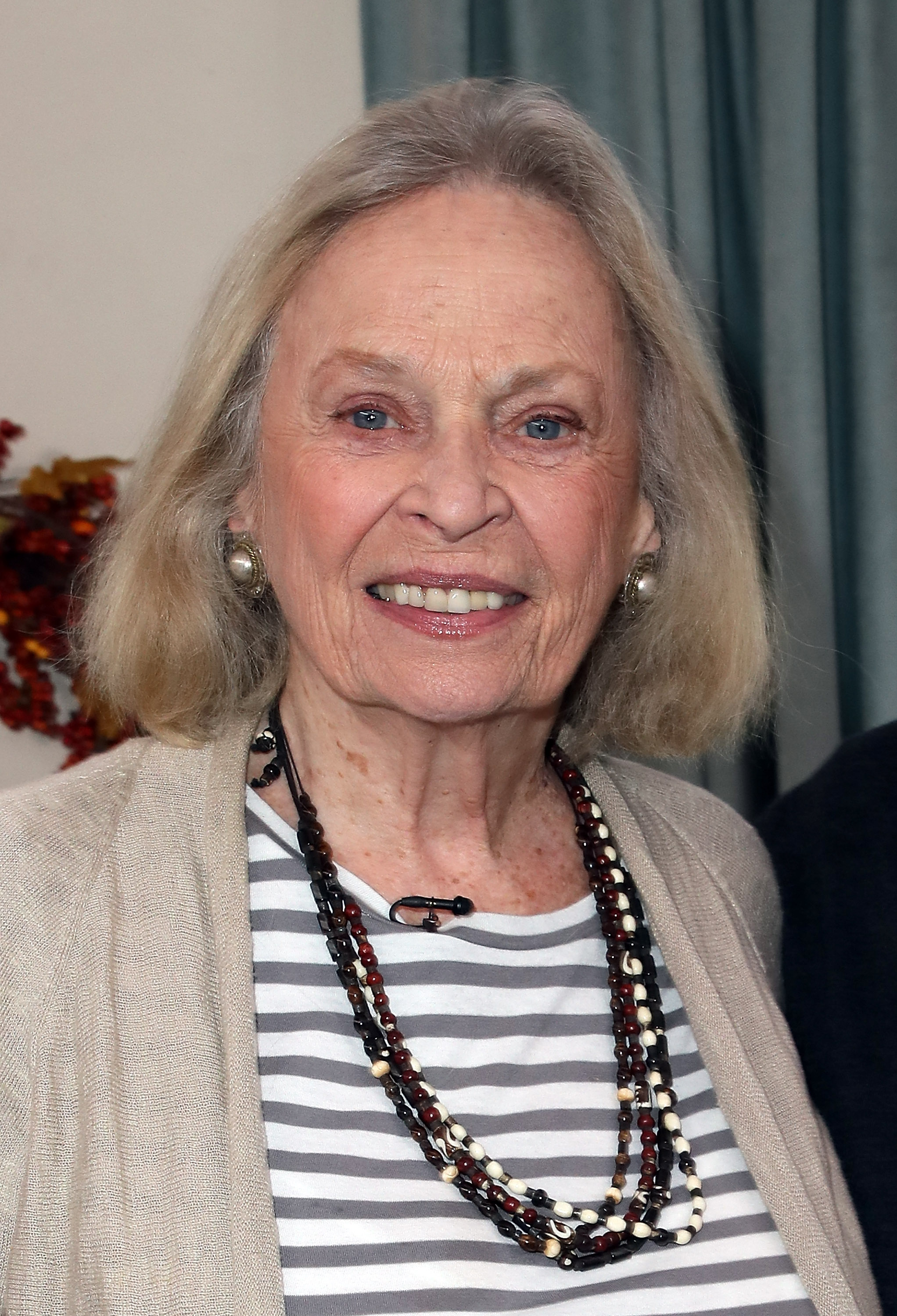 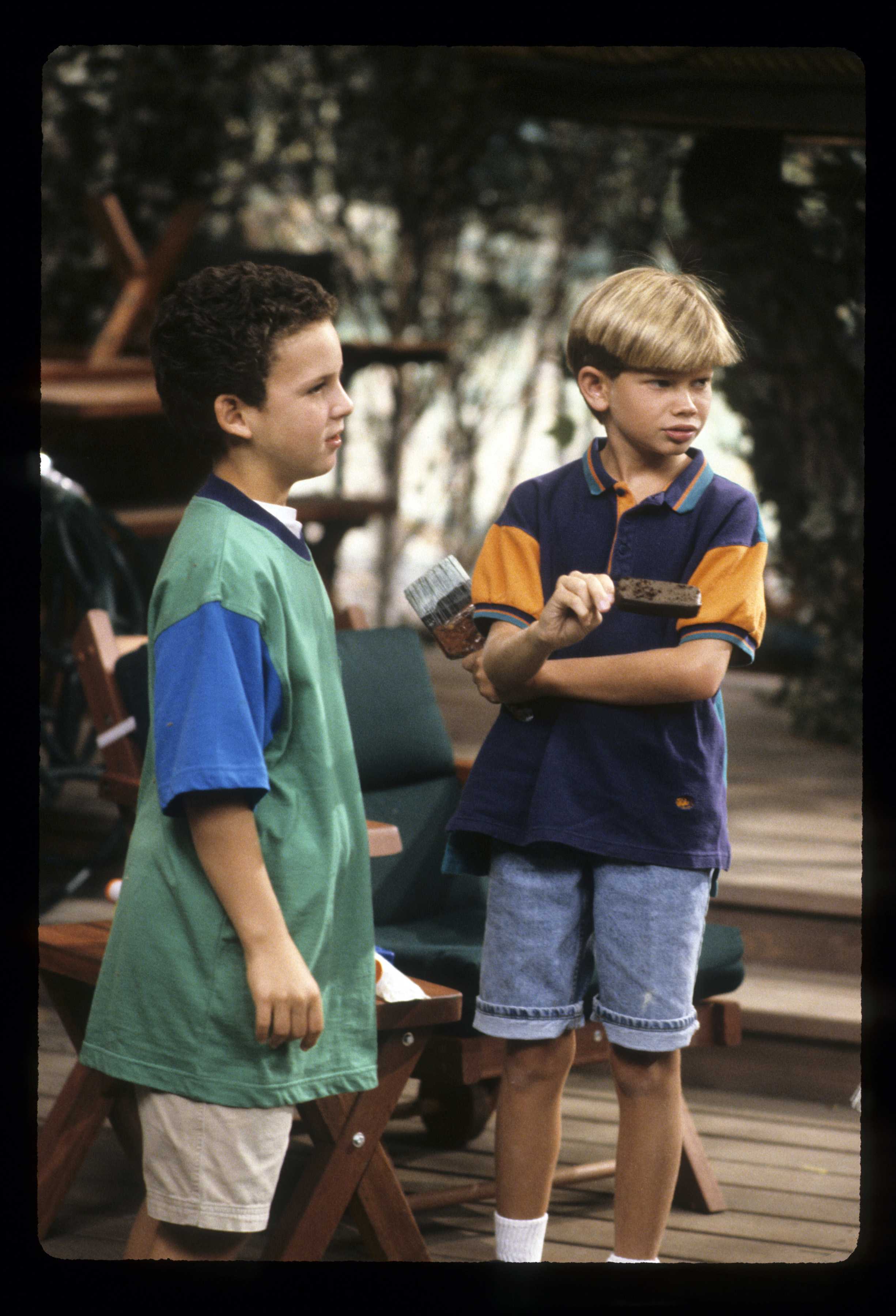 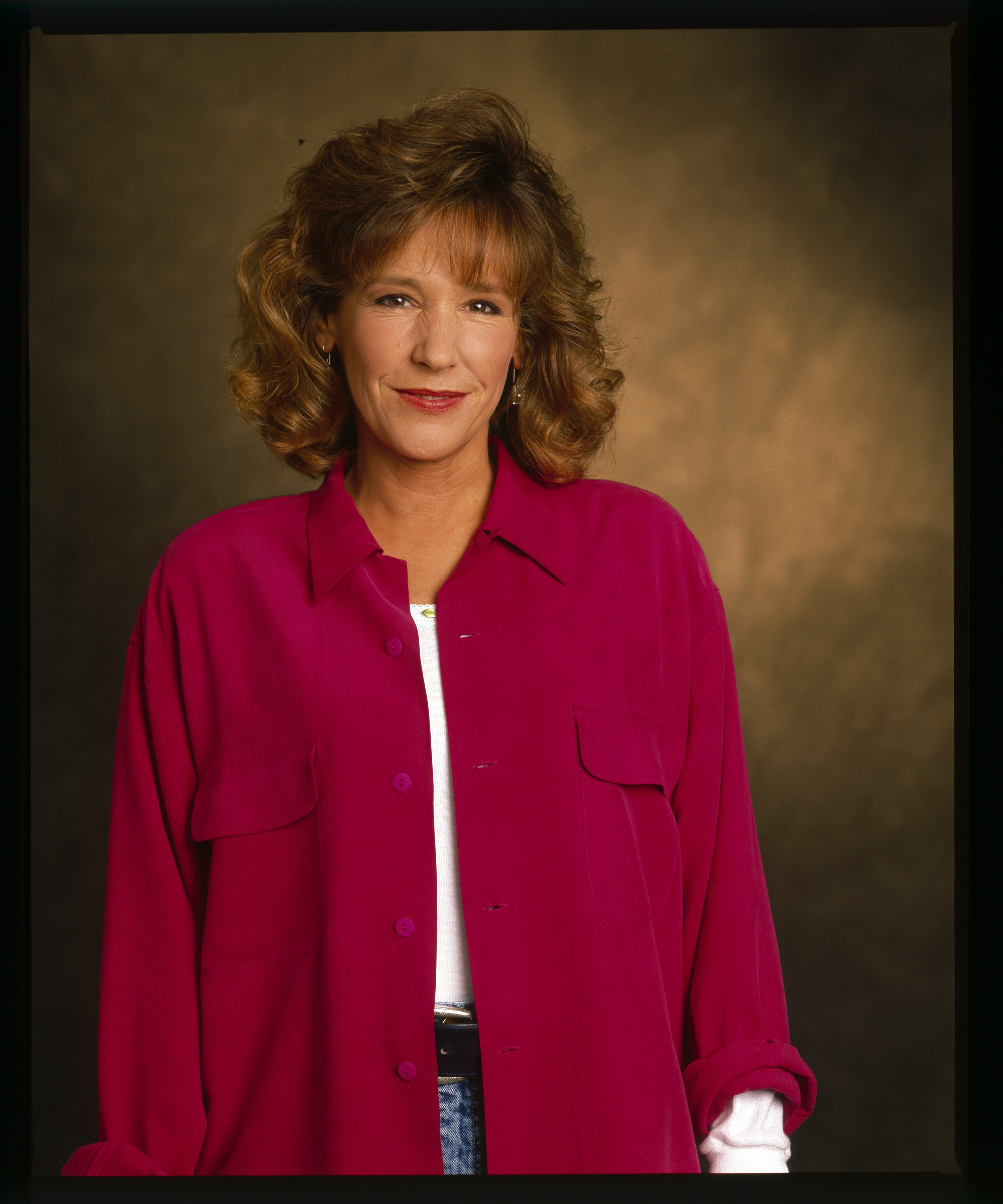 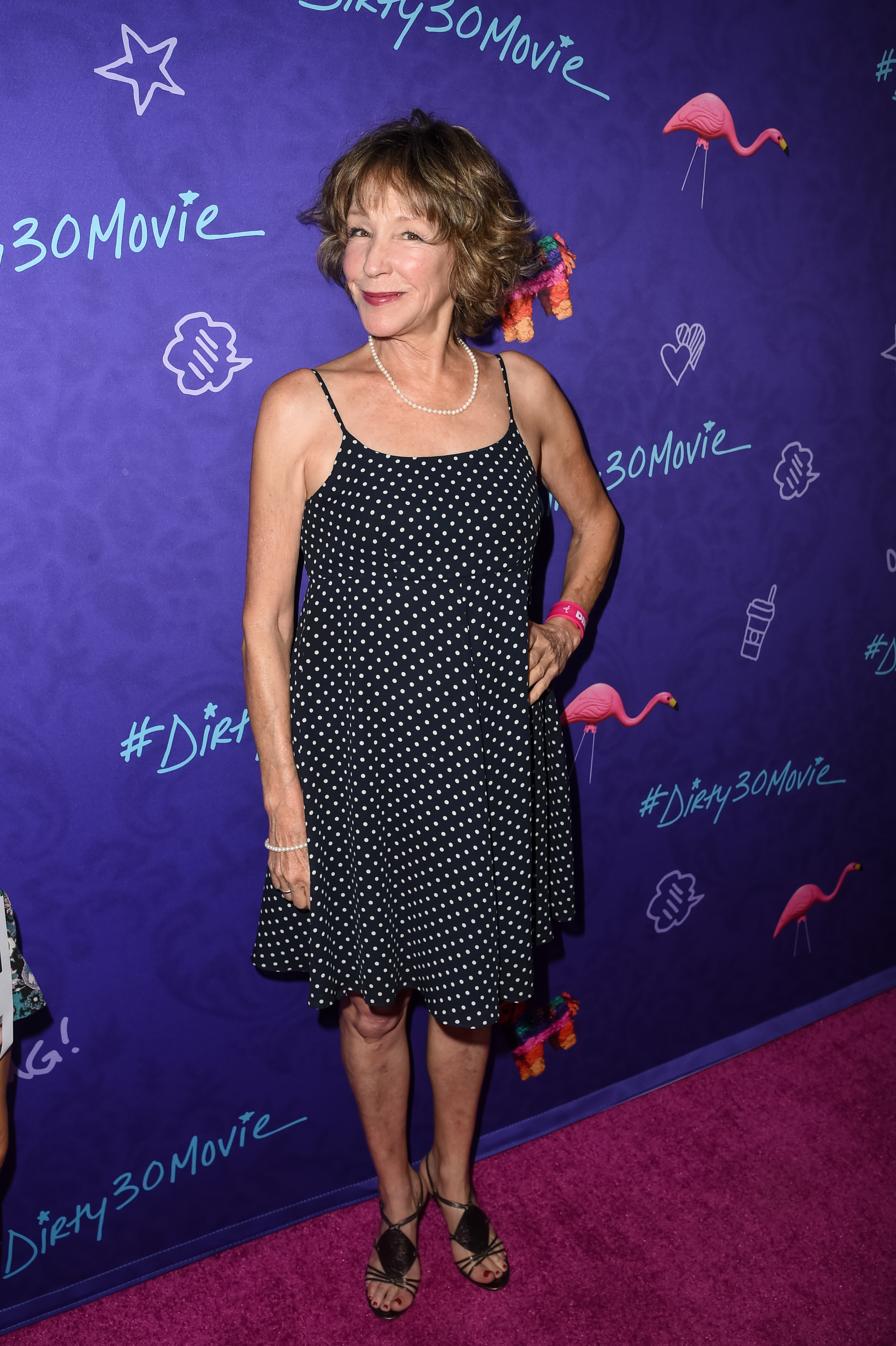 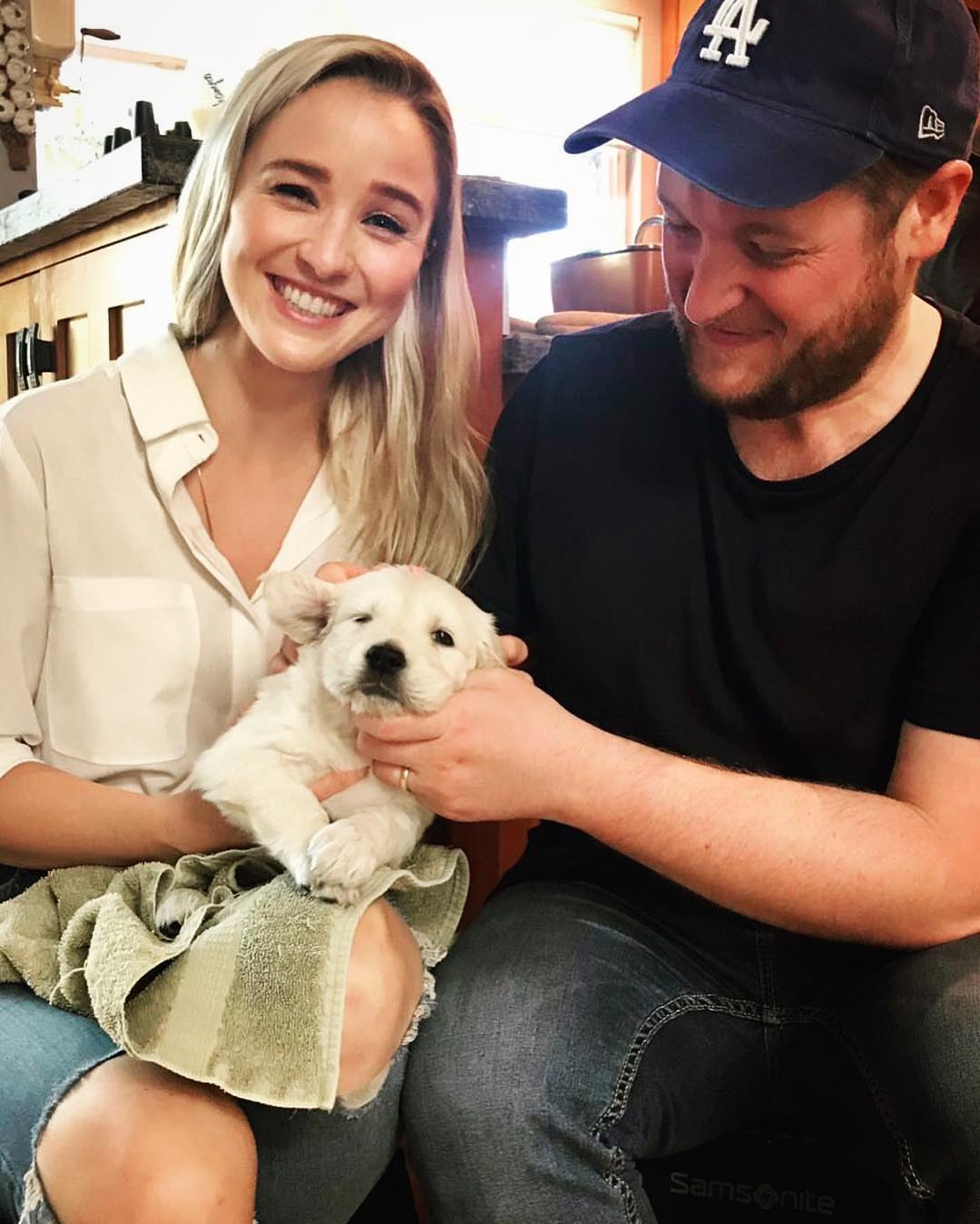 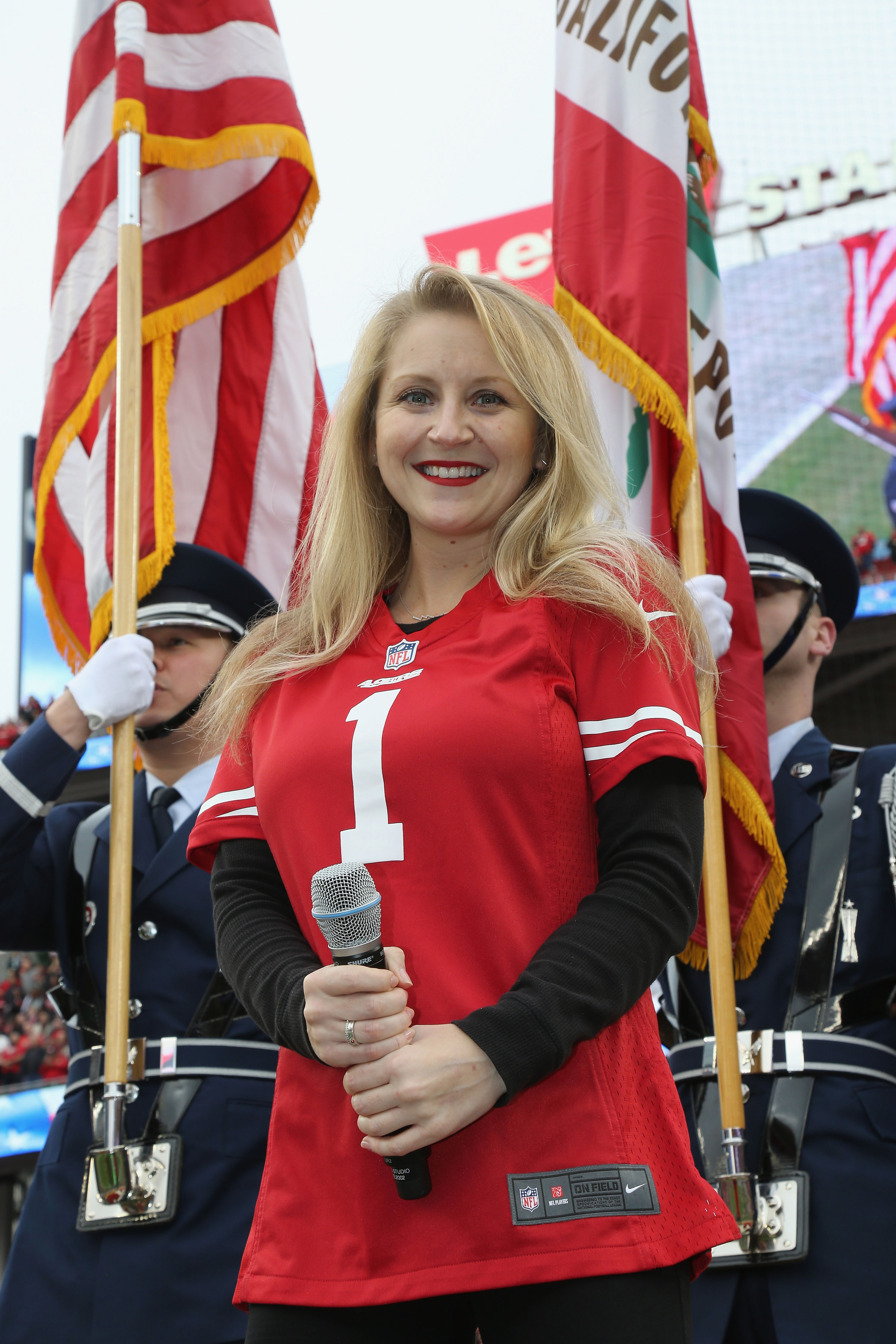 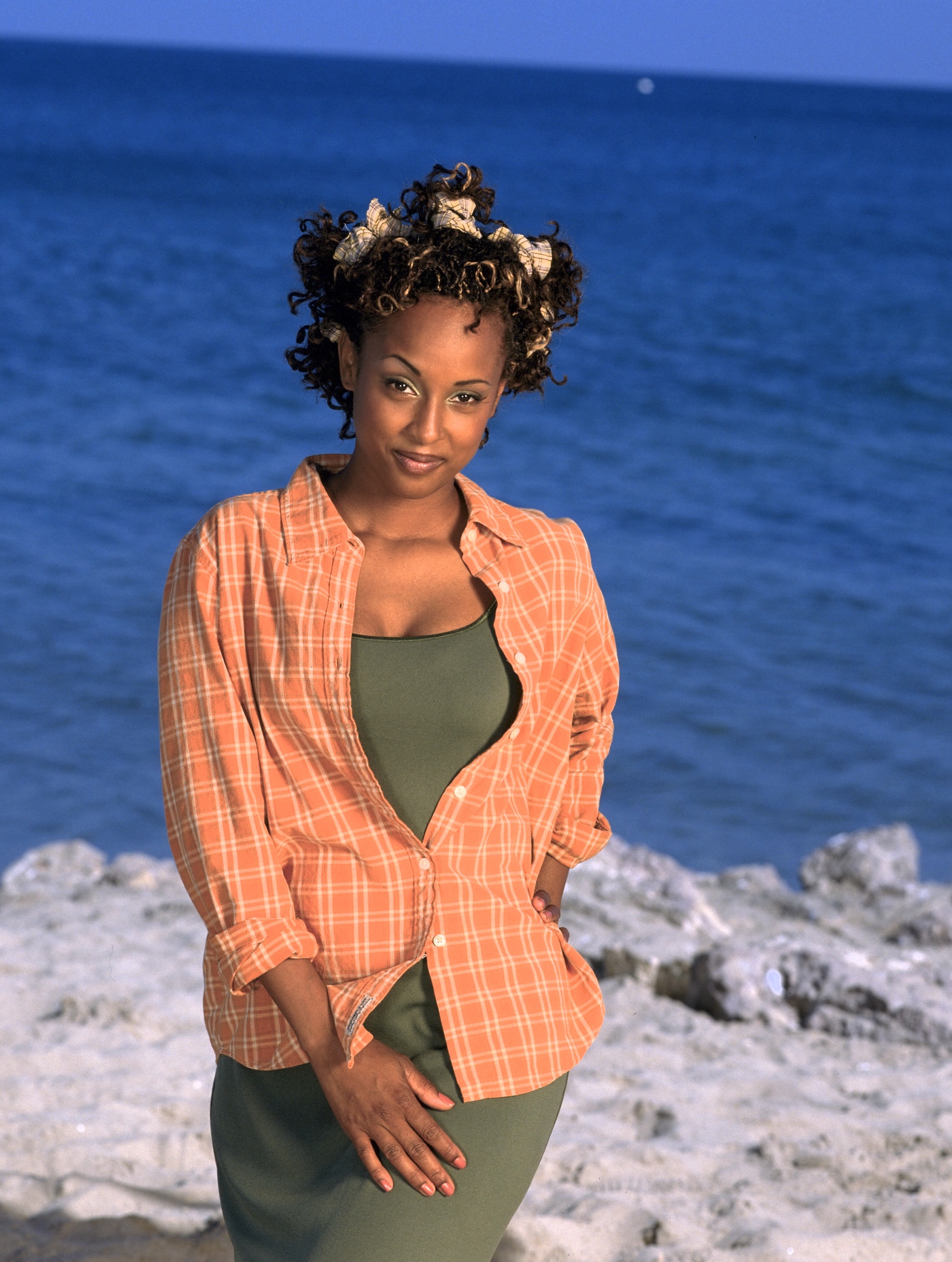 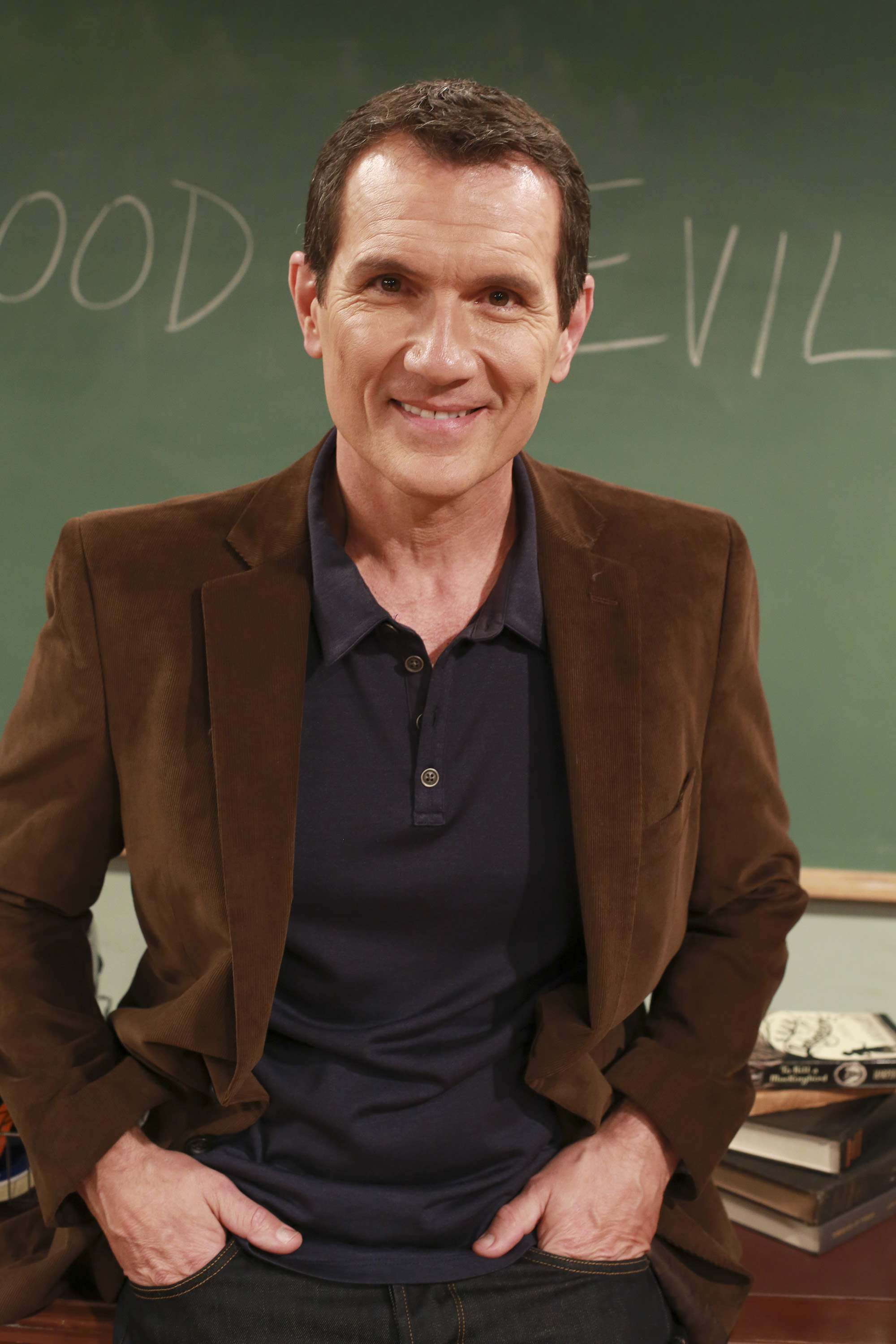 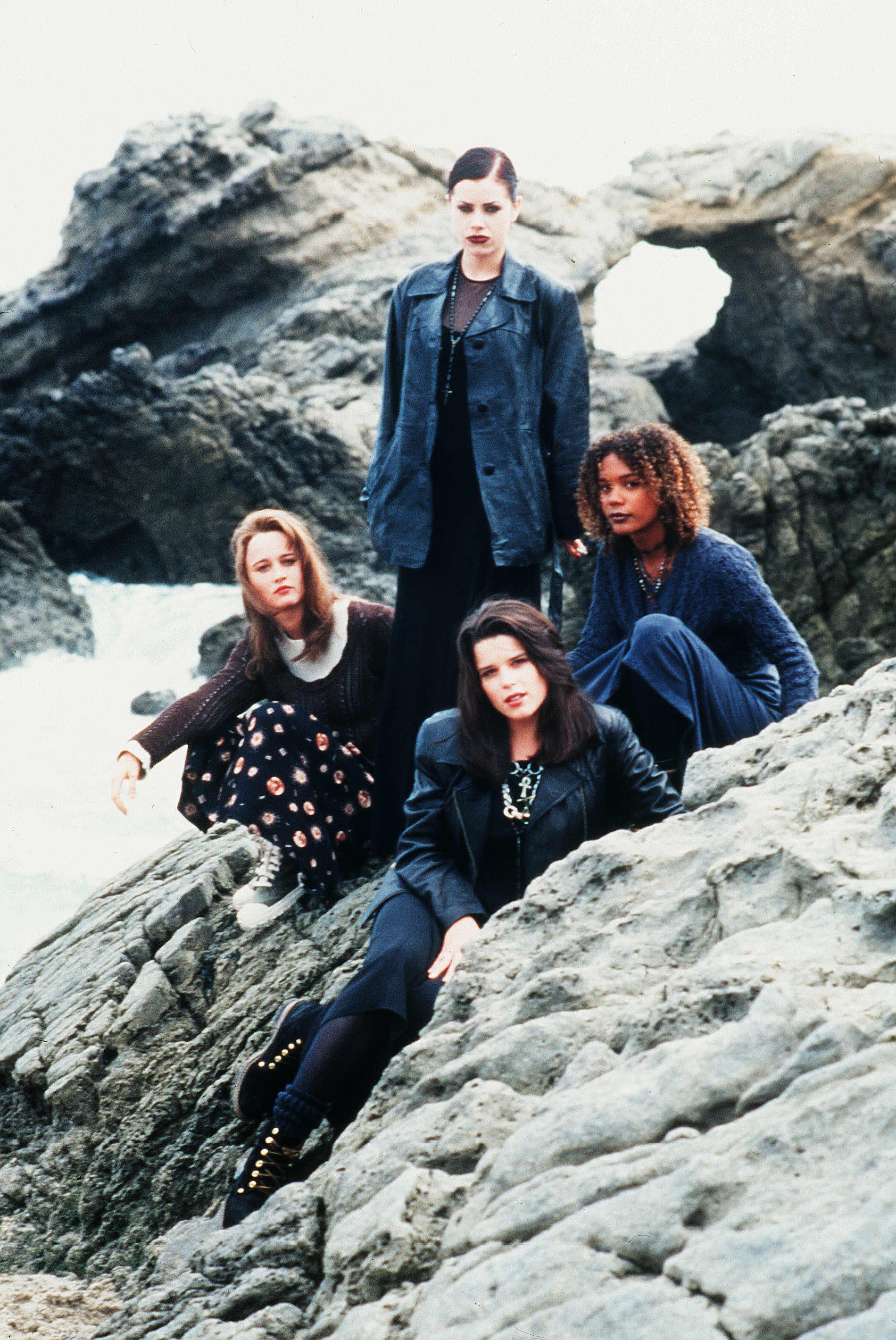