DESPERATE Brits have flooded airports as they race against the clock to get back to the UK before Portugal is slapped onto the amber travel list.

Holidaymakers are in a final mad dash to return as the 4am deadline looms just hours away – with countless tourists snapped looking fed-up as they hurry home after shelling out for pricey plane seats. 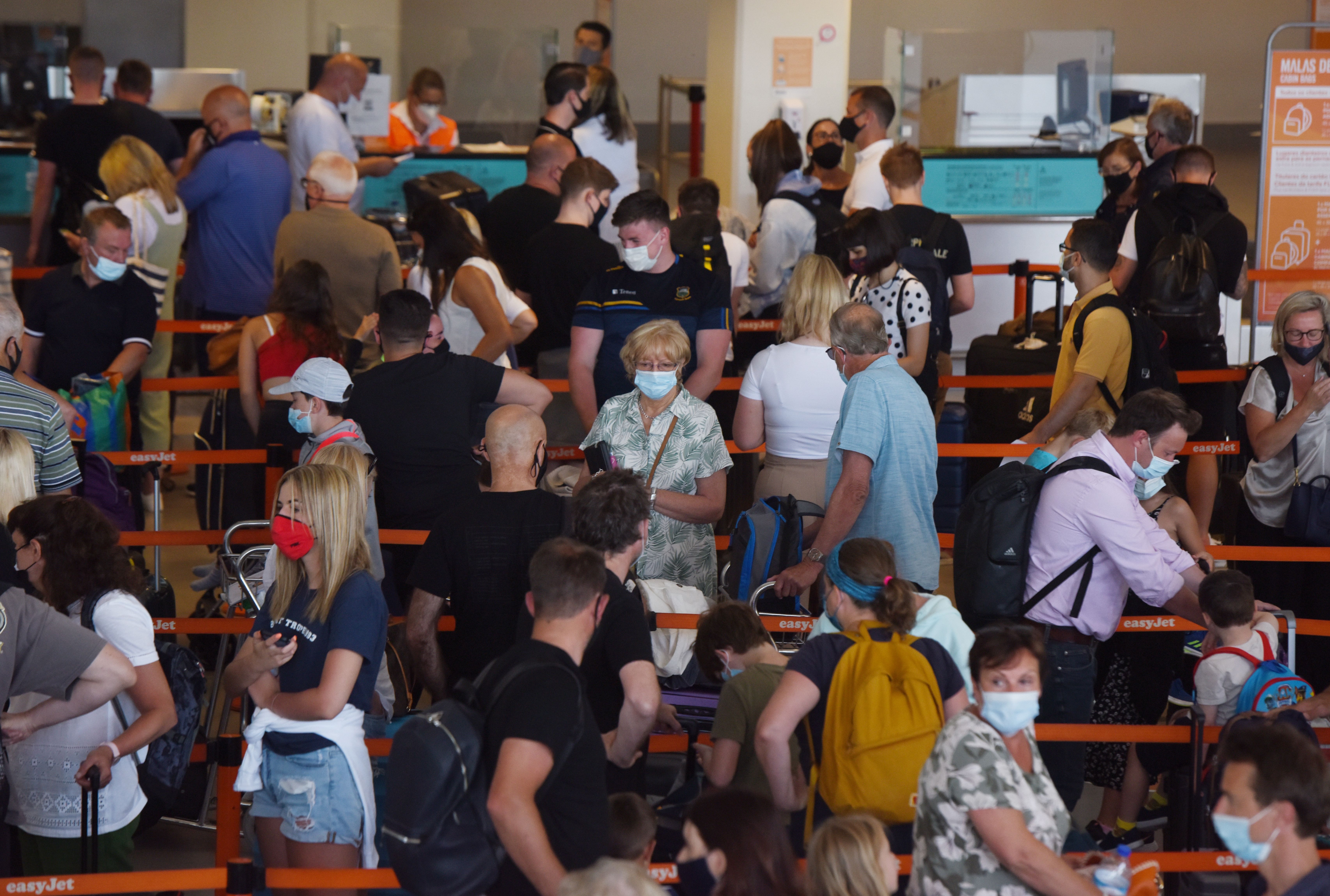 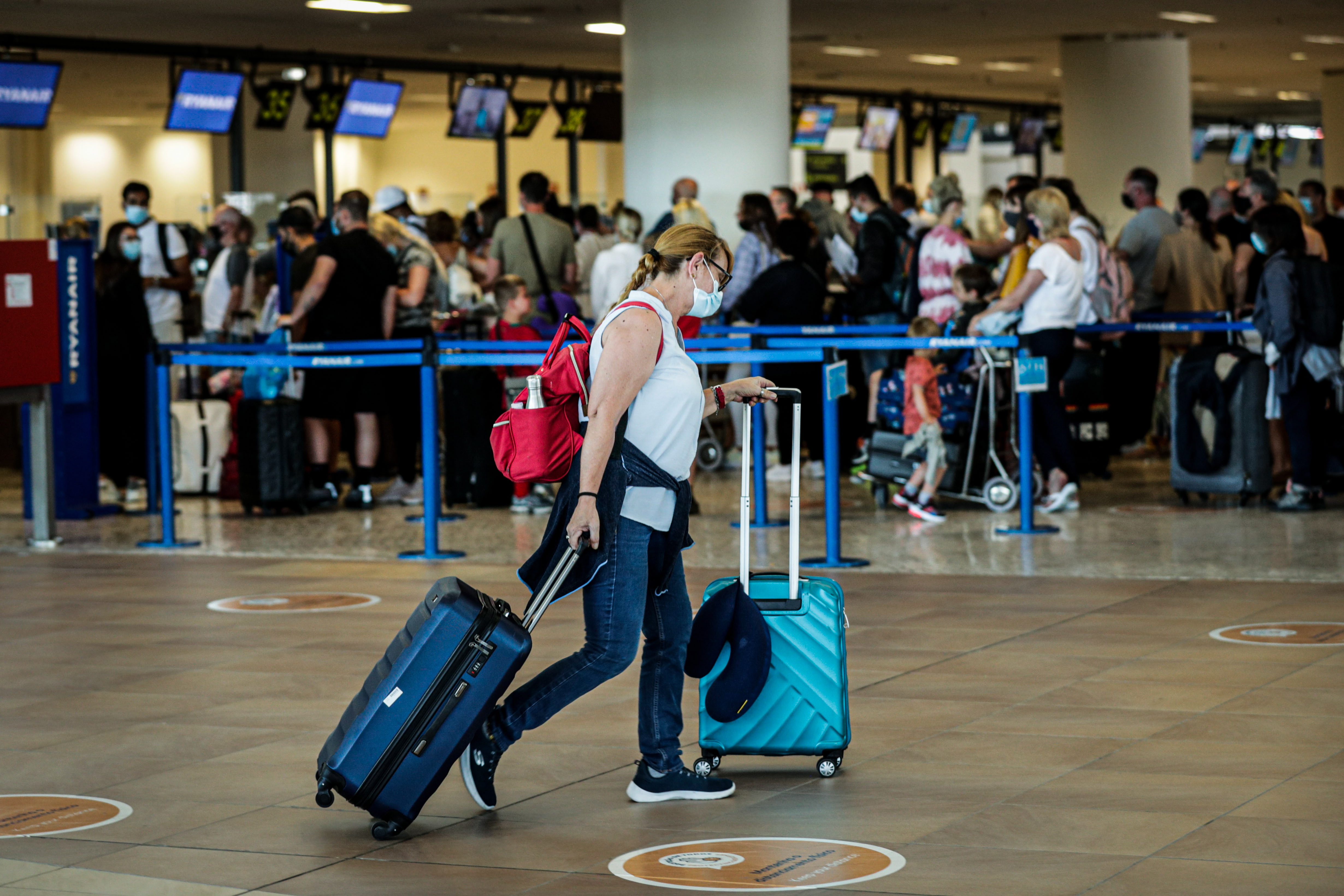 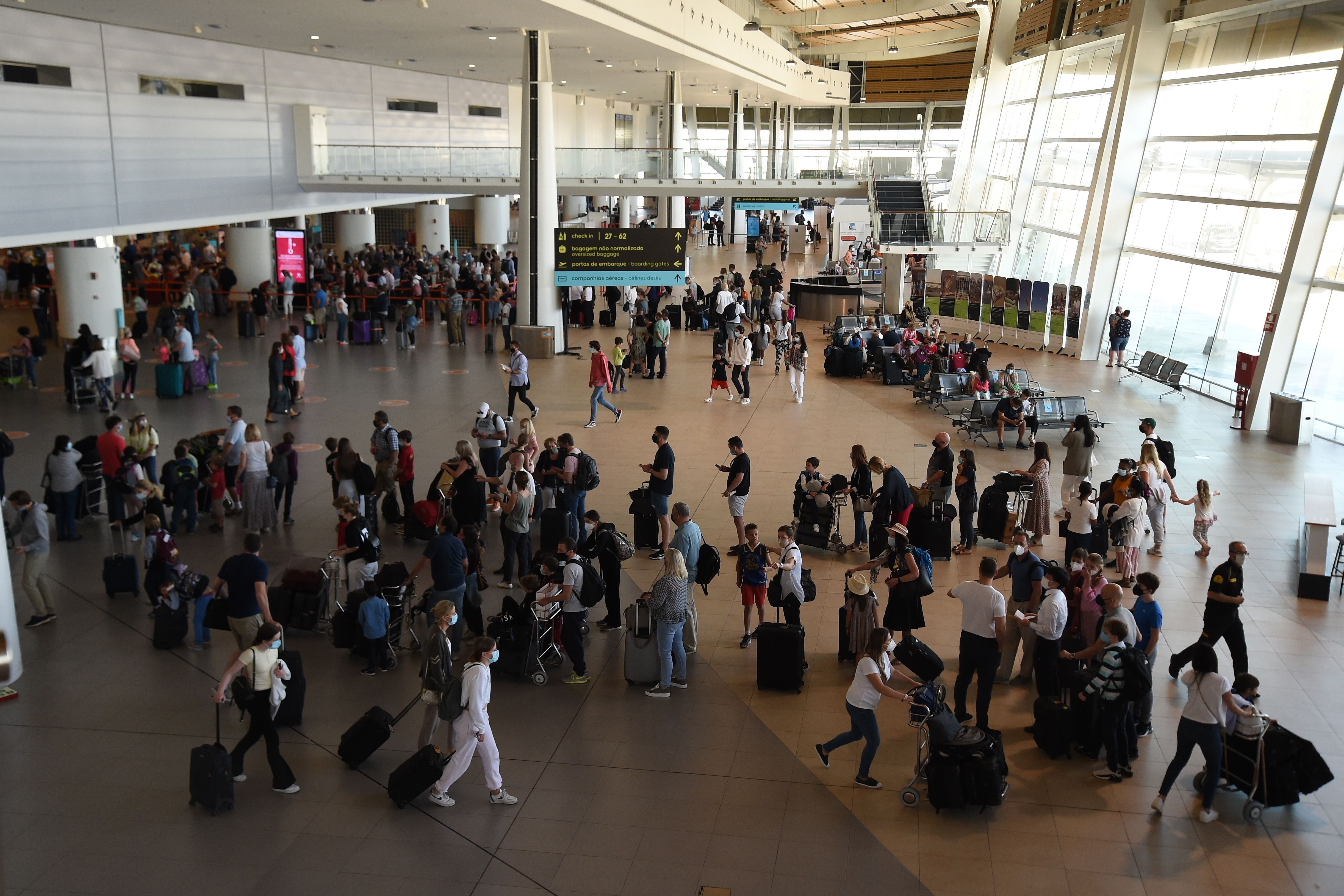 Anyone landing after then will have to quarantine for ten days — and spend hundreds of pounds on more Covid testing.

The sunny European country was on the green travel list – meaning holidaymakers could freely fly for a holiday there without any need to quarantine.

But last week, the government announced Portugal would be moving onto the amber list, sparking a mad dash of people trying to get back without the need to isolate.

Thousands have been forced to slash their holidays short, with airports in Portugal pictured packed out today as Brits rush home.

And with thousands landing back in the UK, Gatwick, Heathrow and Stansted airports have been full to the brim with arrivals.

Despite Portugal making the criteria that government set out for a green list country – with low hospitalisations, daily deaths near zero and nearly all elderly citizens vaccinated – the country was taken off the green list just weeks after being added, due to the threat of new variants. 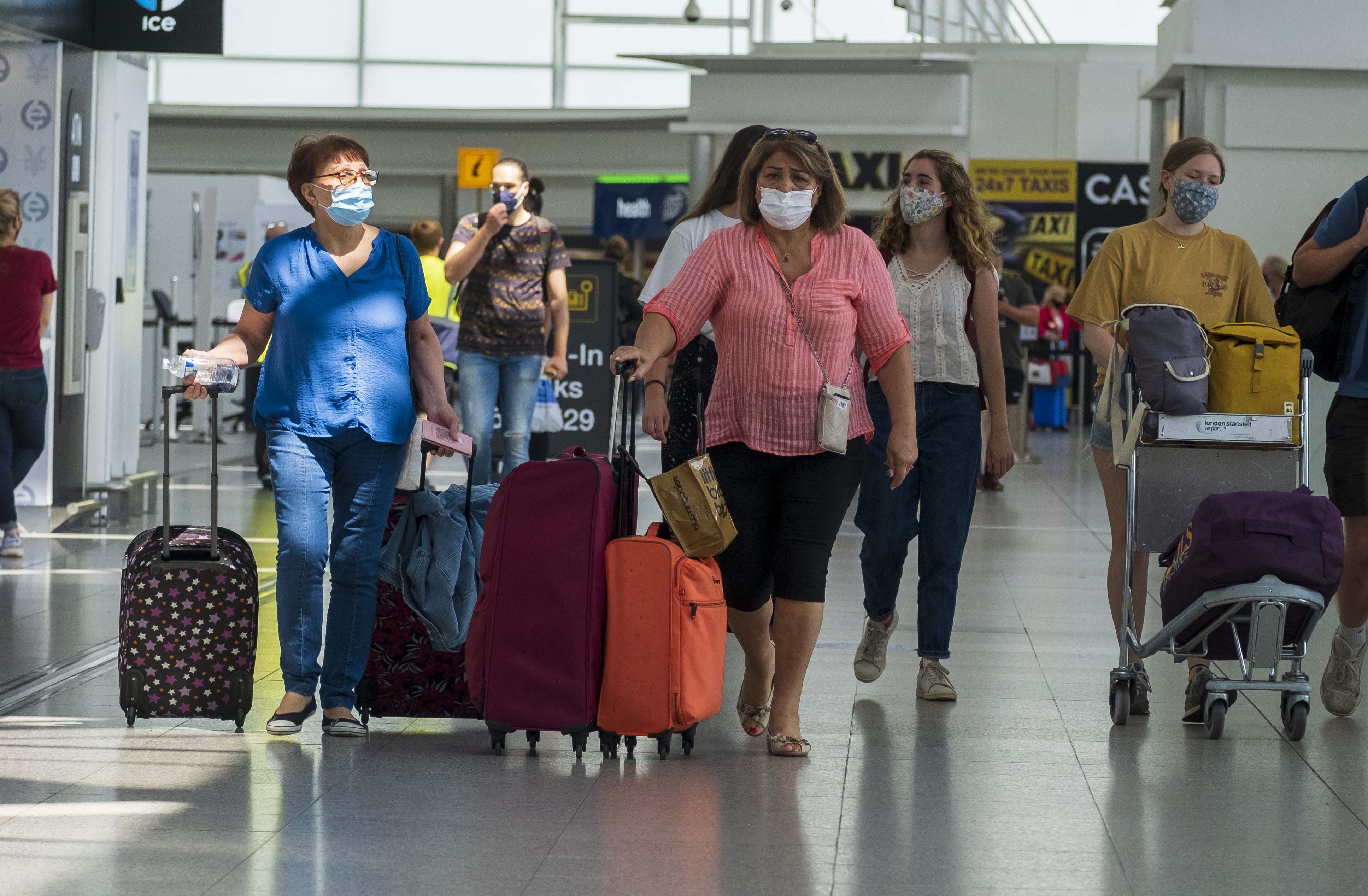 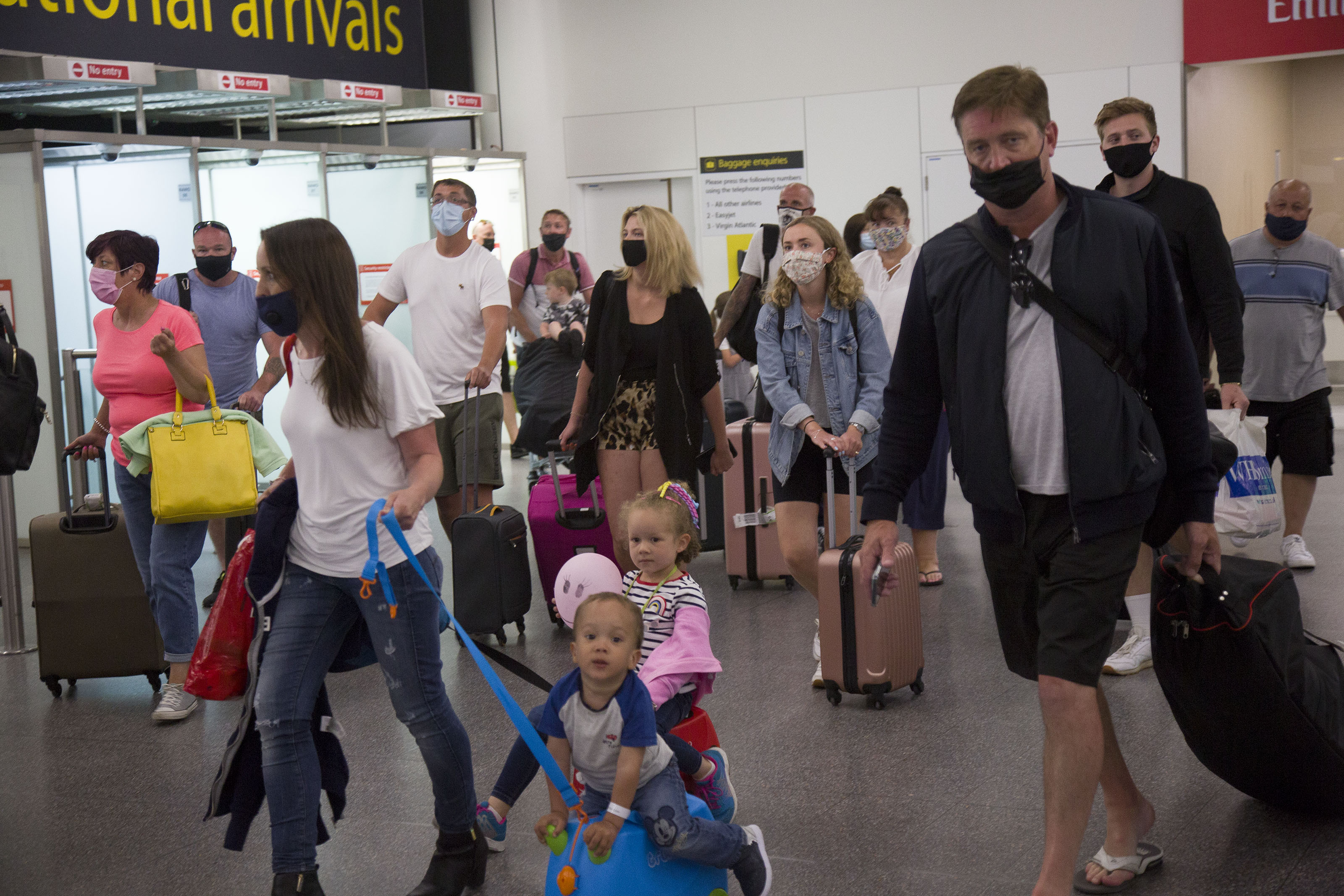 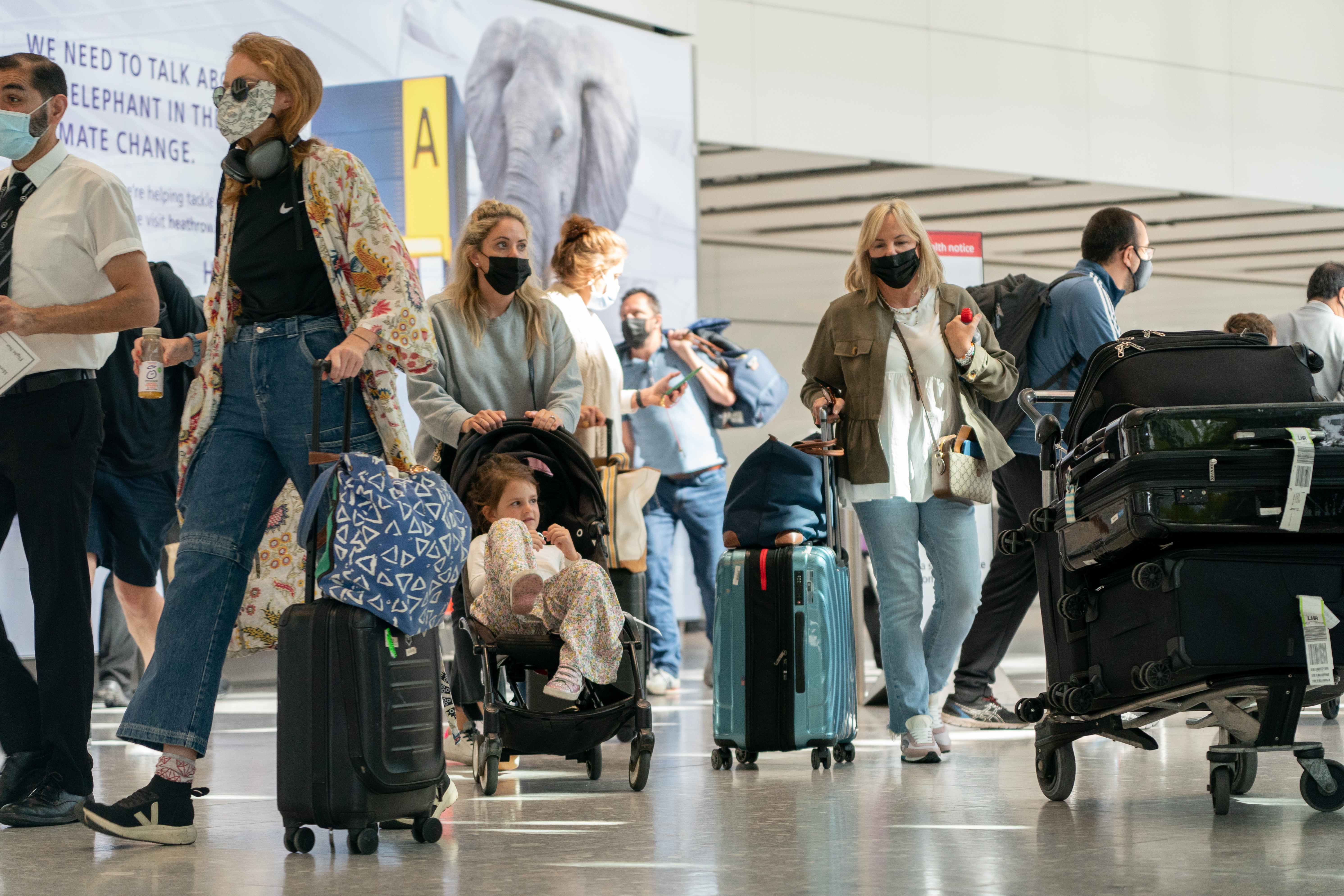 Portugal's Prime Minister Antonio Costa has slammed the UK for its removal from the list, telling reporters yesterday: "We can't have this system of instability and changes every three weeks.

"It isn't good for those who plan their holidays, nor for those who have to organise the tourism industry to receive tourists in good conditions."

The 13 one-way flights from Faro, Algarve, to London today averaged around six times more than the usual price.

Holidaymakers can expect to pay around £250 for a last minute flight home on Monday compared to between £30 and £55 every day for the rest of the week.

The 5.55pm BA flight to Heathrow only had only business-class seats costing £784 left. Other BA flights were much cheaper, but still far more expensive than average.

The cheapest flight of the last UK departures from Faro was the 6:40pm WizzAir trip to Luton, costing £136.

Holidaymakers who do not make it home in time for the deadline will have to quarantine for 10 days.

Brits travelling back from amber list countries are also required to take a pre-departure PCR Covid test and provide a negative result.

They will also have to pay for a further two tests on day two and eight of quarantine, adding £800 for a family of four.

The extra costs caused a last minute scramble for flights, with one mum telling The Sun the short notice rule change had cost her £1,000. 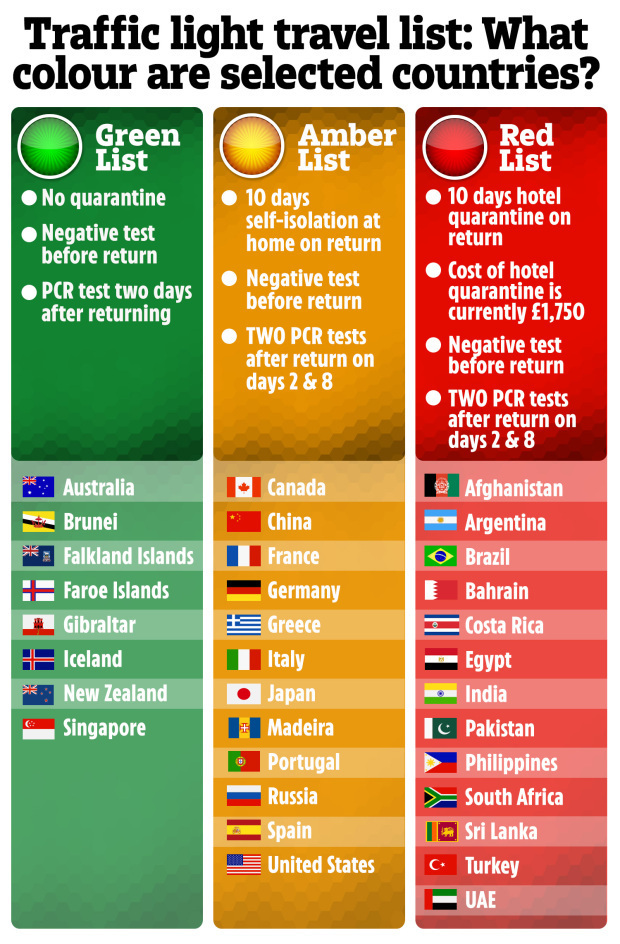 Meanwhile, a new study has revealed just 1.5 per cent of tourists have tested positive for Covid after returning from Portugal.

The data, compiled by Joint Biosecurity Centre (JBC) for the government, found just three positive cases of Covid out of 200 travellers returning from Portugal between May 6 and May 19, the Mail reports.

At the weekend, Brits crammed into Faro airport in a bid to get home before the Tuesday deadline.

Long, snaking queues of tourists – who didn't appear to be social distancing – were snapped looking fed up as they waited to board planes in scorching 22C heat.

And one family feared they would become stuck in Portugal after being turned away from a hospital that ran of out Covid tests.

Ahead of last week's announcement, it was hoped that holiday hotspots including the Spanish and Greek islands could be added to the quarantine-free travel list this week, opening up more destinations by June 7.

Instead, no new countries were added to the green list, while others, including Egypt and Sri Lanka, have been pushed into the red.

Brits travelling back from a red list country face a 10 day hotel quarantine stay that costs up to £1,750 per person.

Are you stranded in Portugal or paid over the top prices to get back? Email [email protected]