Imagine you’re having a busy day. Between meetings, a haircut, and the dentist appointment you’ve already cancelled three times, you can barely stop to sip your coffee. Suddenly, your phone rings. Without even checking who it is, your body involuntarily cringes. The audacity to call you on your very busy day! What can’t be said in a text? Call declined.

This is the Gen Z dilemma. Many find themselves letting the phone ring out, heart racing and stomach in knots, only to send a follow-up text five minutes later asking if everything is okay. Where people under 26 are concerned, phone calls are fast becoming a relic of the past, a rare practice relegated to Boomers and bosses. 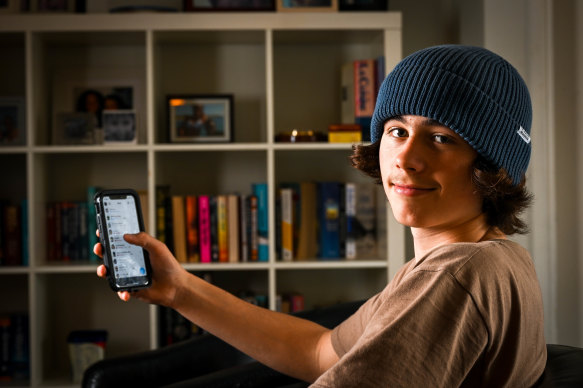 For influencer Tommy Cockram, a phone call means an emergency – something so important that requires his attention immediately. But a casual conversation between mates is better suited to social media platforms, particularly those with visual features.

“I only really use actual phone calls to call my mum and stepdad, that’s about it,” the 16-year-old says. “Getting a Snapchat just feels more chill, and doesn’t really feel more important like an actual direct phone call does.”

Known as @tcezy on TikTok, the Barwon Heads teen is one of Australia’s most prominent young influencers, with a 7.8 million-strong TikTok following.

“Everyone my age just basically messages or calls on Snapchat now,” he says. “On there, people are usually active or online, and they’ll get back to you straight away. It’s just easier, it’s more reliable.” 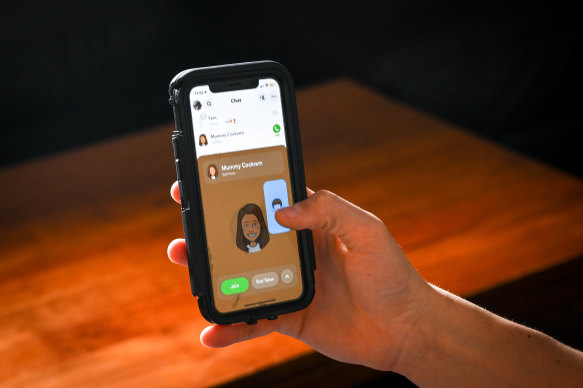 Gen Z is opting out of the phone call and into social media apps like Snapchat.Credit:Eddie Jim

As a multimedia platform, Snapchat allows Gen Z to monitor facial expressions and body language, features that phone calls lack. Miscommunication, interruptions, or awkward silences need not be a concern when you’re communicating with more than just words.

Phone calls seem more intimate and personal, Cockram says, something reserved for people you inherently trust and feel no discomfort or pressure around. With anyone else, it may feel like an imposition, or a strained social interaction that could easily be avoided by sending a text.

Psychology professor at the University of Melbourne, Nick Haslam, says the shift away from phone calls is likely down to control, convenience, and multitasking – three things Gen Z value highly.

“Texts allow people to take charge of the timing of communication rather than having to do it at another person’s bidding,” Haslam says. “You can craft what you say in a more deliberate way than an on-the-spot call. You can choose when to say it, and you can control the length of the exchange, whereas it’s always possible to get trapped on the other end of the line with a chatterbox.”

Texts can be sent from anywhere “whenever inspiration strikes”, regardless of how loud the room you’re standing in is or who may be eavesdropping. It may seem generational, Haslam says, but Gen Z is just at the vanguard of a more general evolution.

“An earlier generation took to email to replace phone calls and in-person interactions in much the same way that texts have replaced calls and conversations in more recent years, and for many of the same reasons of control and convenience.”

Perhaps the phone call will soon fade away not just for Gen Z, but also for older generations as technology shifts towards faster, on-demand messaging.

Another Australian TikToker, Junpei Zaki, says he doesn’t perceive phone calls as inherently “bad”, they’ve just become a tool for a specific purpose rather than for general conversation.

“I think I make fewer phone calls than I would have made had the internet not become what it is today,” he says. “The internet has made the world more accessible, but time zones still exist. So for me, it’s usually easier to keep an ongoing conversation via text and social media than it is to organise a call at a given time and date.”

The 25-year-old Byron Bay-based content creator is known for his comedic comment videos, and currently has 13.7 million followers on TikTok. Born in Japan, he says his parents often reminded him international calls cost too much, and should therefore be avoided. This stuck with him.

“With FaceTime, it’s essentially free to call anyone in the world for as long as you want.”

Even with the relative freedoms afforded Gen Z through texting, social media, or FaceTime, there is still a certain set of “rules” to follow.

Being able to edit and refer to previous texts and emails – or even write a draft and send it later – reduces the amount of pressure usually associated with an on-the-spot call, says Dr Vicki Andonopoulos, an associate lecturer in marketing at the University of Sydney. The thought, time and care one can put into texts or DMs reduces the risk of key details being lost in communication.

This kind of thinking could even eventually change the primary modes of communication at work.

“A lot of workplaces are moving towards greater flexibility and informality, and a decline in formal or scheduled communications may be part of that trend,” says Haslam.

As “forward-thinking” as this may seem, Haslam is hesitant to fully endorse the abandonment of the phone call, fearing a loss of authenticity and engagement.

“The greater spontaneity, relative to an exchange of texts, can help us communicate more honestly and lets us go off script and surprise one another,” he says. “You learn more about a person by interacting with them directly than by reading a string of the texts they tapped out while eating their lunch and watching TikToks.”

Andonopoulos adds that phone calls are valuable practice for handling “urgent, impromptu situations” – particularly for those struggling with social anxiety. If part of the reason Gen Z avoid calls is anxiety, it becomes a “self-perpetuating problem”.

“Next time you’ve gone for a long period without speaking on the phone, you might notice when you do eventually need to, the words don’t flow as easily, or you haven’t been able to get the message you want across,” Andonopoulos says. “Just like anything, practice makes perfect, and if you haven’t had a chance to practise phone conversations, chances are you won’t feel so great when you do have to make one.”

But for Cockram and Zaki, video apps like FaceTime and Snapchat encourage deeper and easier connections than a “faceless” phone call. And if you’re only looking to quickly arrange something, where little connection is necessary, text will suffice.

Gen Z live by endless sets of codes: don’t try too hard, stand up for what you believe in, and make messaging/FaceTime your default. But what, above all else, is the most important rule followed?

“I do not pick up the phone if I don’t recognise the number,” Zaki says definitively. “All of the important people I know are in my contacts, so if it isn’t one of them calling, chances are it’s spam. If it isn’t, there are plenty of other ways people can get in contact with me. Social media, email, text.”

So, if you’re constantly left with the dial tone of a Gen Z friend, family member or colleague, they likely haven’t saved your number. Oh, and don’t bother leaving a voicemail. They don’t check those either.