Magnesium is often touted as an antidote to poor sleep. But while some doctors say it is fine to take it in supplemental form for certain sleep disruptions, like those caused by restless legs syndrome, the evidence for its sleep-inducing benefits is thin.

Magnesium, an abundant mineral in the body, plays a critical role in many physiological functions. It helps support immune health, blood sugar regulation, and nerve and muscle function. Some scientists suspect that magnesium deficiencies can contribute to poor sleep by disrupting nerve signalling and altering levels of sleep-inducing hormones such as melatonin. 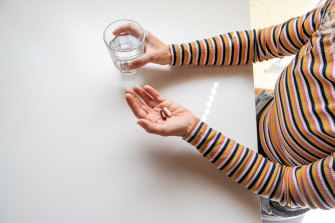 Most people have sufficient levels of magnesium from their healthy diet.Credit:iStock

But most people have sufficient levels of magnesium, since the mineral is easy to get if you follow a relatively healthy diet. It’s found in a variety of plant and animal foods like nuts, greens, seeds, beans, yoghurt and fish. And although many people fall short of the federal government’s recommended daily intake, true magnesium deficiencies are rare.

Over the years, studies have looked at whether supplementing with the mineral can improve sleep. Most of the studies have been small or poorly designed, making it difficult to draw firm conclusions. One systematic review published in April looked at three clinical trials that studied magnesium supplementation for insomnia in 151 older adults and concluded that they generally provided “low to very low quality of evidence.”

In one study published in 2012, researchers recruited 46 older adults with chronic insomnia and split them into two groups. One was assigned to take 500 milligrams of magnesium every day for eight weeks, and the other was given a placebo. At the end of the study, the researchers found that compared with the placebo group, the people taking magnesium were more likely to report improvements in “subjective” measures of insomnia, such as how quickly they fell asleep each night and the number of times they reported waking up in the early morning hours. But those taking magnesium did not show any difference in their total sleep time, the researchers reported.

In general, magnesium seems to have minimal side effects, and taking low doses is unlikely to cause much harm. According to the Institute of Medicine, healthy adults can safely take up to 350 milligrams of supplemental magnesium daily. Anything at or below that level is unlikely to cause any adverse health effects. But at higher doses, magnesium can cause gastrointestinal issues like diarrhoea, said Dr Colleen Lance, the medical director for the Sleep Disorders Center at Cleveland Clinic Hillcrest Hospital in Ohio. Lance said that while the evidence that magnesium can help with insomnia is weak, she does not necessarily discourage people from trying it.

“I tell patients you can give it a try and see if it helps,” she said. “It may not help, but it’s probably not going to hurt.”

One instance where she does recommend magnesium is for patients who have restless legs syndrome, a nervous system disorder that causes people to have irresistible urges to move their limbs, usually at night, which can be highly disruptive to sleep. Lance said that magnesium could, in theory, make a difference because it helps nerves properly relay electrical signals, although evidence of its benefits for restless legs is still limited and mixed, and it may not work for everyone.

At least one small study from 1998 found that people who had the disorder had fewer sleep disruptions after taking magnesium. However, a more recent systematic review of studies concluded that it was “not clear” whether magnesium could alleviate restless legs syndrome. More research is needed, but Lance said that she tells patients with RLS that it may be worth trying to see if it makes any difference. “We tell patients that they can try some magnesium in the evening hours to see if that calms things down,” Lance added.

Chronic insomnia, however, is not usually something that can be fixed with a pill. When Lance meets patients who complain of insomnia, she typically does an evaluation to figure out the root causes of their sleepless nights. Often, she finds that a patient might be having trouble falling or staying asleep because of an undiagnosed sleep disorder, like sleep apnoea or restless legs syndrome. Many women have sleep problems related to menopause. Some people cannot sleep soundly because their environment is too noisy — they could have a spouse who snores, for example, or a dog who barks through the night. Others may be struggling to sleep because of anxiety related to the pandemic, their work, their finances or some other stressful situation in their lives.

One of the most effective treatments for insomnia is cognitive behavioral therapy, or CBT, which helps people address the underlying behaviours that are disrupting their sleep. Therapies like continuous positive airway pressure, or CPAP, can help people with sleep apnoea. Medications, including supplements like melatonin, may also be helpful in some cases, but a pill alone is not going to cure insomnia, Lance said.

“We see a lot of people who have some underlying issue and yet they’re looking for a pill to sleep through the problem,” she said. “Whereas what we try to do instead is find and address the underlying problem.”