Captain Tom Moore has already raised an incredible £26 million for NHS Charities Together with his 100th Birthday Walk for the NHS. The staggering figure is still growing as the 99-year-old WWII veteran continues to walk laps of his garden to raise money to help frontline workers during the coronavirus crisis. On top of that, Captain Moore has also teamed up with Michael Ball to release a cover of You’ll Never Walk Alone in aid of the charities.

Yesterday, it was revealed their version of You’ll Never Walk Alone has taken the top spot on the Official Big Top 40 after going up against Dame Vera Lynn and Katherine Jenkins’ We’ll Meet Again.

We’ll Meet Again came in at number three behind The Weeknd’s Blinding Lights.

Both Dame Lynn and Captain Moore’s singles are raising funds for the NHS as frontline workers continue to work to save lives in the face of the coronavirus outbreak.

Releasing the song, Captain Moore said: “I never in my wildest dreams imagined I would be releasing a single with Michael Ball OBE. 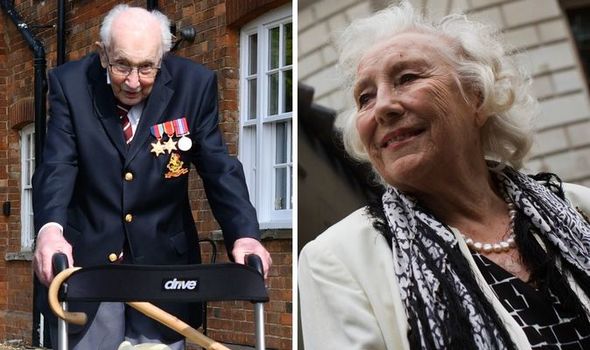 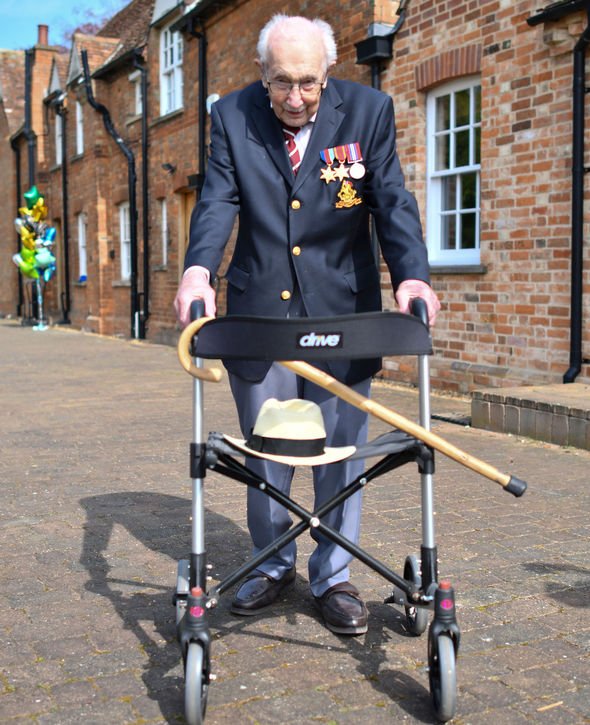 “But I also never thought it possible for me to walk in the garden and raise millions.

“So why not sing, spread some cheer and again — raise money for our national heroes,” he added. “NHS, this one is for you.”

Ball also said it was impossible for anyone not to be inspired by Captain Moore’s amazing campaign.

“It is one of the single greatest honours of my career to sing with this genuine national hero, supported by the incredible NHS Voices for Care Choir,” he said. 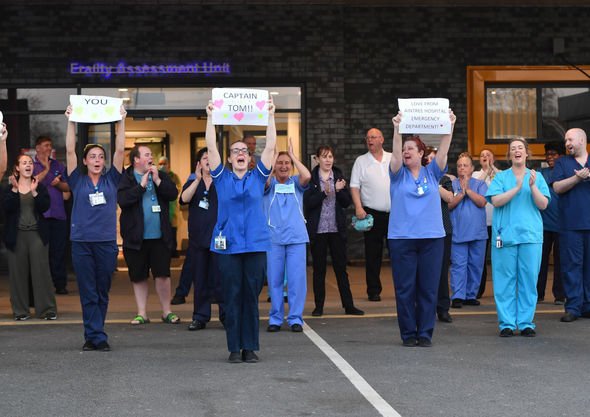 Ball pointed out that Captain Moore was the biggest single fundraiser in British history and a decorated war veteran, adding: “He is the most charming man you could ever wish to meet.

“Hopefully he can now add singing star to his many talents.”

Ball said it would be “wonderful” to get Captain Moore to number one in the charts as a gift for his 100th birthday at the end of the month.

While his performance in the Official UK Singles Chart has yet to be confirmed, he’s already topped Global’s Official Big Top 40.

Sign our petition to give Captain Tom Moore a knighthood [PETITION]

When it comes to the Official Charts Company data, he and Ball look to be on track for glory once again.

It got off to a good start this week as the highest new entry in pole position after 48 hours but will probably face tough competition from The Weeknd with regards to streaming.

Captain Moore originally set out to raise £1000 for the NHS by walking 100 laps of his garden.

Last Thursday, he completed the last leg of his challenge, with the world’s media there to witness the moment.

With the total raised already surpassing £26 million, a staggering 5,000 per cent increase on his original goal, the veteran has decided to keep walking while the public keep donating.

Elsewhere, Express.co.uk has launched a petition to get Captain Moore a Knighthood for his services to his country.

We believe his fundraising efforts should be recognised by the Queen and 91 per cent of respondents on our online poll agreed he should get a Knighthood.