Stephen Colbert devoted about half of his monologue to the bizarre saga of Nicki Minaj’s cousin’s friend, who supposedly suffered swollen testicles after getting the coronavirus vaccine.

But the “Late Show” host saved some of his harshest comments for Fox News host Tucker Carlson, who has spent three straight nights obsessing over the nutty story as he continues to push anti-vaxxer talking points.

Carlson even had to issue an on-air apology for getting a key detail wrong.

“I’m glad to see Fox News has finally come to terms with some of its dangerous misstatements,” Colbert said sarcastically. “This time, it’s not trivial stuff like ‘Was the election stolen?’ or ‘Should I huff horse medicine?’ No, Fox viewers, you gotta squirt that straight up your butt.”

Colbert also did a version of the “seen here” joke after throwing up this image of Carlson as in “seen here discussing the size of his own balls”: 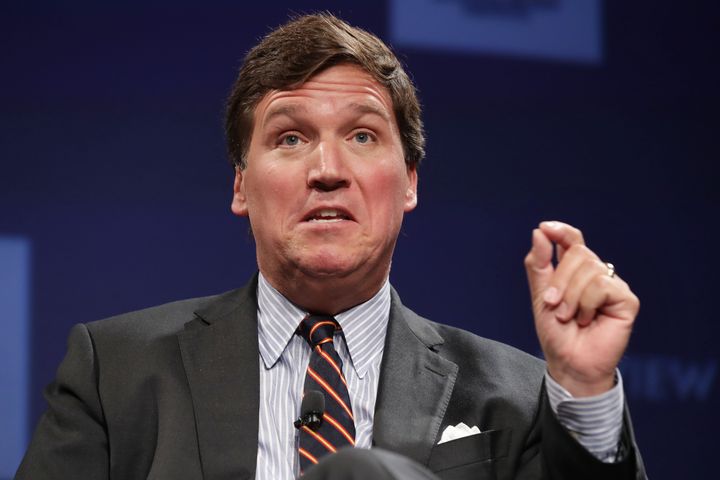 Carlson, who recently admitted to lying on his show, offered to go to Trinidad and Tobago to interview Minaj’s cousin’s friend so Colbert made a similar offer, except to interview the balls.

“The point is, I will go anywhere for a sit-down with these giant balls,” Colbert said. “However, I draw the line at interviewing a talking dick.”

Once again, an image of Carlson appeared.