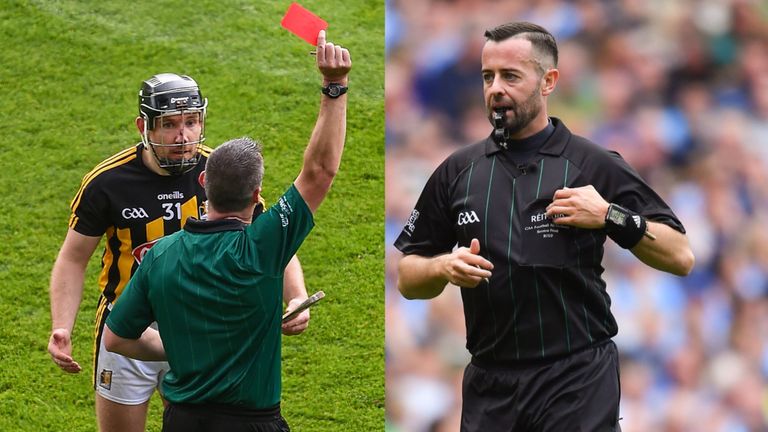 Technology to aid refereeing in GAA has been constantly evolving in recent years, as new computerised solutions help the sport’s arbitrators reach correct decision more often and eliminate a margin for human error.

In recent years, the introduction of an in-game GPS system has provided a minefield of data, while high-tech watches help to calculate injury-time more accurately.

One of the latest advancements is a referee-focused camera, as 2019 All-Ireland football final referee David Gough explained to Sky Sports.

“The watches and the GPS are the main technological advancement, but the one thing that has helped referee education most, which only came in at All-Ireland semi-finals last year, was the specific high-resolution camera based on the Hogan Stand in the press-box, which is solely focused on the referee,” explained the Meath native.

“Its one main purpose is the follow the referee around the pitch throughout the 75-odd minutes of a match.

“And the reason that is so important to us, where in the past we would have been watching our performances [on TV]…they would cut to a clip of a replay of the scenario, and the focus would be lost on what the referee was doing, so we couldn’t learn from watching ourselves.

“What they have done now in Croke Park is they have a video camera focused solely on the referee.

“They get the video of the match and the recording of the referee’s microphone, and they overlay one on the other. We can watch back now a full match of 75 minutes of the referees performance, solely focused on the referee and not hearing any commentators’ voices, only the voice of the referees and the match officials. And it’s a massive learning tool.”

“It’s absolutely incredible,” he said. “I was fortunate enough to be able to watch James Owens’ performance in the All-Ireland hurling final, his microphone before my All-Ireland football final. And it was incredible just to listen to the way he spoke to players, to the interactions and how he dealt with high-pressure situations.

“[Watching the sending off of Richie Hogan], the greatest learning for me was what I had perceived what happened, and what I thought the conversation which was had between the linesman and the referee wasn’t actually what happened at all. And it was a huge learning curve for me.

“It just made me realise the importance of clear and effective communication in getting your message across and dealing with the situation in a calm and controlled manner. And as it turned out, I also had a sending off in the All-Ireland final. Were it not for the experience of sitting down and being able to watch James’ performance, particularly at that moment, I might not have dealt with my sending off as well as I did. “And in line with that, Conor Lane got access to the video footage and my microphone from the All-Ireland final, which gave him a huge insight [ahead of the replay] even though he’d done two All-Ireland finals already, a huge insight into what to expect from the players and how they had interacted with me. There was huge preparation put into his performance in the replay, as well as my performance in the original match.” 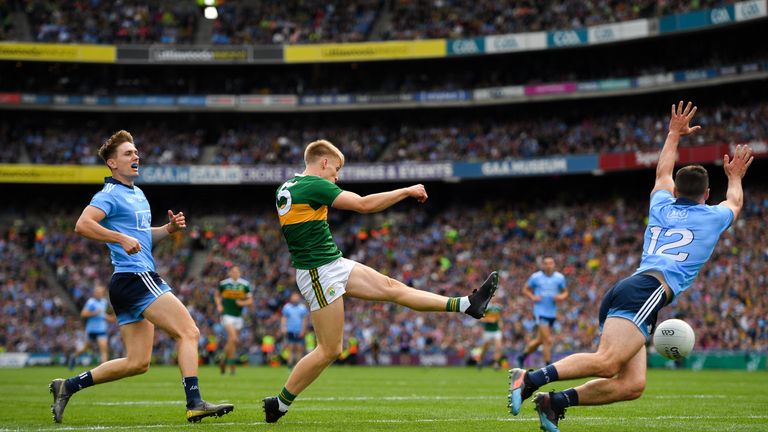 Around the country at present, there are club and county teams trying to make the best of a bad situation. Taking advantage of the break in play, they aim to better themselves ahead of the return to action.

Referees are no different.

“The GAA wasn’t really set up for referee distance learning when the pandemic hit, and they’re making huge strides in such a short space of time to keep us educated and motivated, and ready to return whenever that is,” Gough outlined.

“Distance learning on the GAA Learning platform and the Zoom calls have been very important to keep the motivation and contact between the referees going.

“But in particular, Donal Smith has sent out a weekly email to all match officials. In that, he gives us a quote of the week for motivation. He offers advice on going back to fill out advisers forms [for old games] and appraise the performances of referees, and reflect on what we might have done differently.

“But then he also puts in recommended books to read, and some of those books might be dealing with high-pressure situations or decision-making.” The show also goes on, as far as physical training is concerned.

“Training sessions have now been changed to alternative running sessions and resistance training, in line with our current needs. The GAA caught up very quick in relation to referee education and fitness, they’re serving our needs as best they can centrally, for the betterment of refereeing,” he said.

“Since we’ve started to use GPS data, the numbers of kilometres in a match on average has gone up as the fitness levels have risen year-on-year over the past three years because of the new type of training we’re doing.

“We’ve moved away from long-distance running training, to HIIT (high intensity interval training) session which would be a lot of sprints inside a small period of time with some rest periods, which really replicates the type of running that we would be asked to do on a football field or hurling pitch.”

It’s all in aid of keeping up with the action, and they’re regularly monitored.

“There is always a fitness test in January for the league,” he noted. “When the championship panel of referees is selected which is 18 in football and I think around 12 in hurling, then we would have to pass a second fitness test where the level is raised in late April for the championship.