Dove Cameron: I was nearly destroyed by Hollywood and a ‘terrible’ relationship

Dove Cameron is getting candid about her breakup with Thomas Doherty, saying it “f–ked” her up but led to a creative spark.

The “Descendants” star, 25, said in a new interview that she was able to heal from her heartbreak with the help of music, which resulted in her new song, “LazyBaby.”

“‘LazyBaby’ is about a breakup, or well, it follows post-breakup. I went through a very public breakup last year, and I was in a really bad place, like a really, really bad place,” Cameron told Entertainment Tonight on Monday, referring to her December split from Doherty, 26, after four years of dating.

“The breakup f–ked me up,” she said. “It was really hard, and I needed something that was going to get me from where I was, in the mourning process, into the other side.”

The split happened in the midst of the pandemic when the actress was outside the US and isolated from her friends and family.

“I was alone, and it was during the pandemic. No one could come out and see me and I couldn’t leave Canada, and everything was shut down,” she recalled. “So I was really struggling to work through that.” 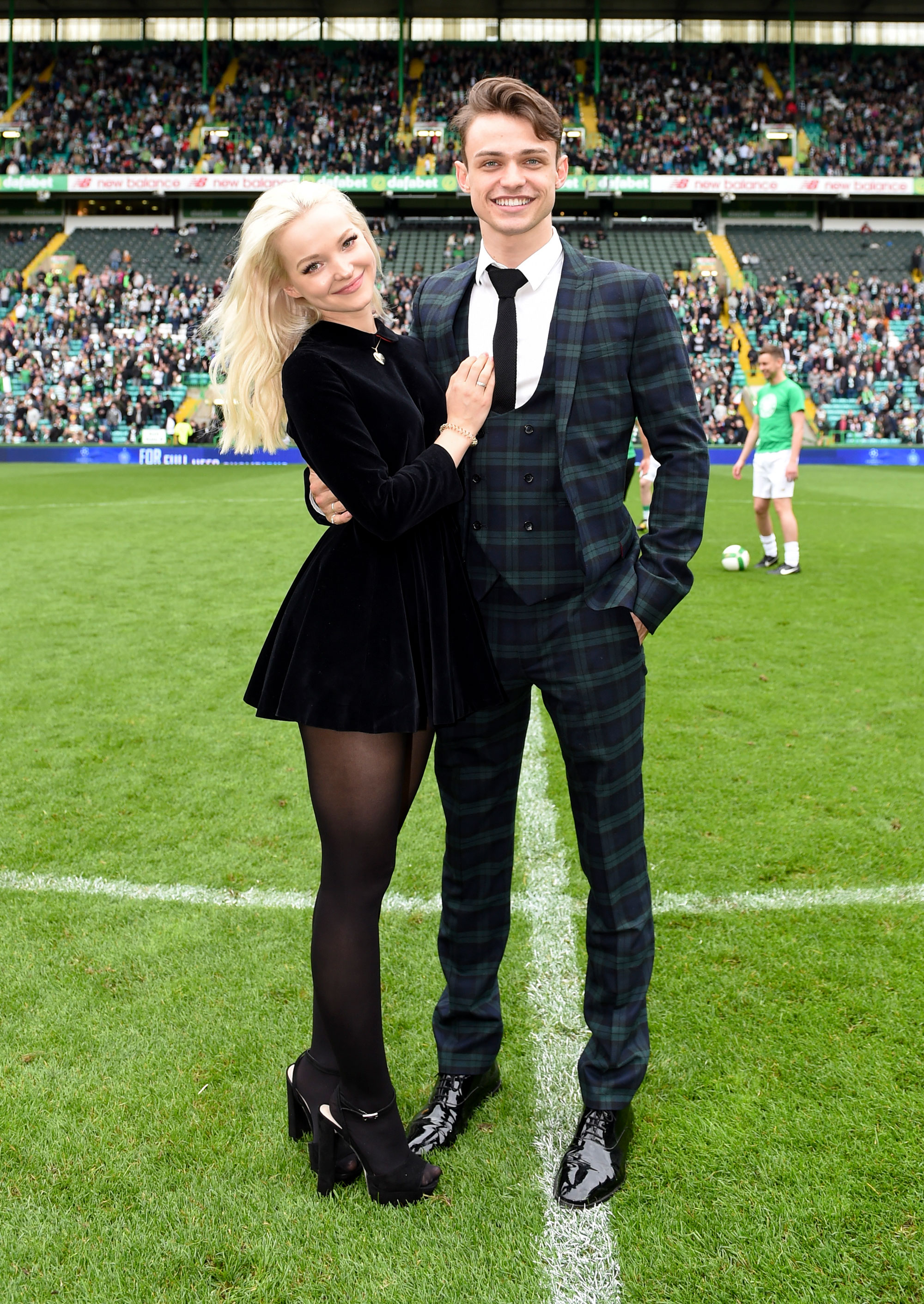 Despite their breakup, the Disney Channel star said she and Doherty remain so amicable these days that he gave her advice about her new song.

“He listens to it all the time,” she said. “I sent it to him before it came out, and he still sends me voice notes all the time.”

The young songstress said that, despite their separation, “Everything’s very amicable.”