UFC president Dana White has confirmed that Conor McGregor and Dustin Poirier will fight for a third time in Las Vegas on July 10.

McGregor announced the news earlier this month but then stated “the fight is off” in a Twitter post on Monday, adding Poirier should “fight someone else”.

However, White says the bout will take place this summer at the T-Mobile Arena, which he insists will be at maximum capacity.

In a video posted on Twitter on Wednesday, White said: “I am so happy to finally be able to say: Vegas is back. 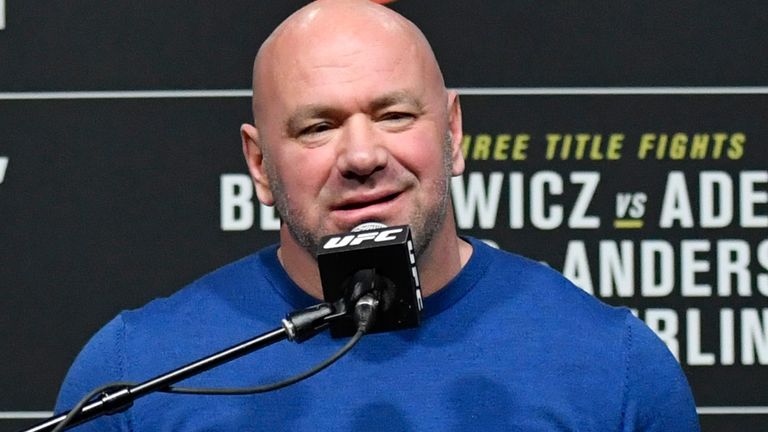 “And this card will be headlined by the third fight between Dustin Poirier and Conor McGregor. Tickets go on sale this week.”

Poirier and McGregor first met at UFC 178 at the MGM Grand in Las Vegas, with the Irishman recording a first-round knockout.

But Poirier avenged his defeat at UFC 257 in Abu Dhabi in January with a second-round stoppage of McGregor.

White confirmed last month that Poirier turned down an opportunity to fight for the lightweight title vacated by Khabib Nurmagomedov so as he could face McGregor again.

White backed the American’s decision, saying: “Dustin wants the rematch. It’s smart, that’s what he should do. He should take the rematch, take that fight. It’s a big fight for him.

“Kid’s worked hard his whole life, his whole career to be in a position like this and that’s the fight you take.

“We’ve been in positions like this before with others who have made the mistake of not taking that fight, and it’s the biggest mistake of their lives.”