You never know who might pop up on Saturday Night Live — and October 23rd was no exception! While Jason Sudeikis, 45, hosted the episode, the former SNL cast member had a supporting role in this sketch which was all Kenan Thompson. As a BET logo flashed on the screen, Kenan introduced the spoof talk show called, “What’s Up With That — Halloween Edition” that included some major guests like Emily Ratajkowski, Oscar Issac and Succession’s Nicholas Braun. 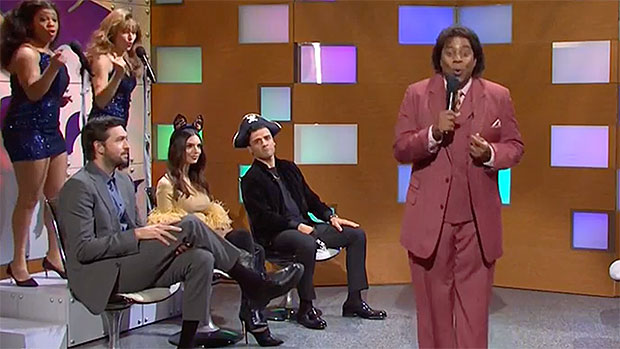 “We’re taking on the issues of the day with soul,” Kenan declared, rocking a longer hair ‘do and a ’70s inspired burgundy suit. He went on to introduce his guests — Oscar, who was dressed as a pirate, Emily, as a cat in tiger ears, and Succession actor Nicholas Braun — who appeared to come as just himself. 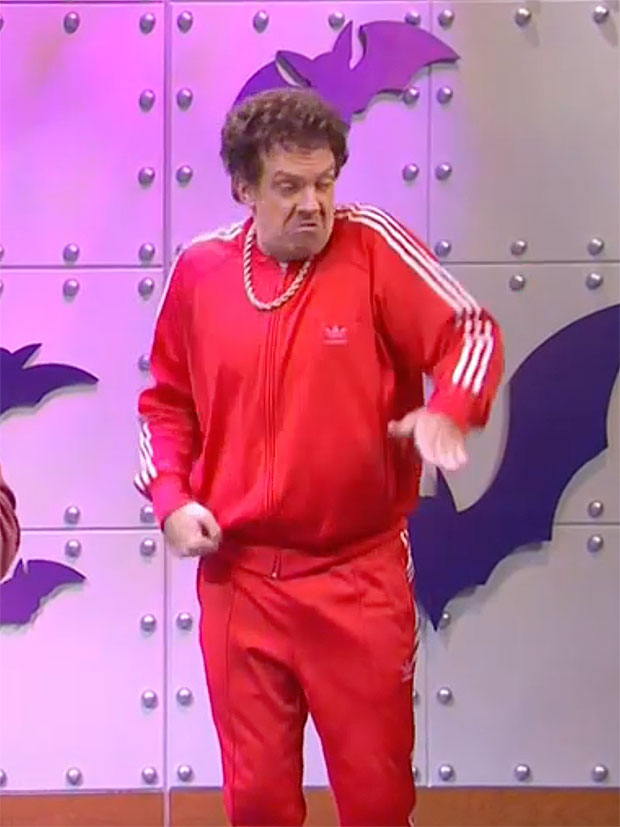 Kenan didn’t let the gang do much talking, however, as he continued on with his rather repetitive song. “I woke up this morning and I got out of bed…hid from a ghost and a scary black cat….ooh wee. What’s up with that, what’s up with that?” Kenan’s D’Andre crooned with a little help from another guest star: Fred Armisen as Giuseppe the saxophone player and Jason Sudeikis, who appeared to be channeling The Royal Tenenbaums in a red Adidas suit while doing his doing as a back-up dancer.

“I hope your wife is feeling better,” Kenan said to a chuckling Fred, rocking a long wig just like Kenny G (who is one of the most successful artists of all time). “That wasn’t a joke, Giuseppe,” Kenan clarified. After brief chatter with his guests, D’Andre appeared to be confused about Nicholas — confusing him with Lindsey Buckingham from Fleetwood Mac.

“I’m Nicholas Braun,” the Succession star corrected multiple times throughout the sketch. The guests — including Oscar — didn’t get the chance to do much talking, though, as Kenan went right back into his song.

“Well, we outta time — but I wanna thank Oscar Issac for being here,” D’Andre said at the end, with Oscar noting, “That’s how I thought it would go.”