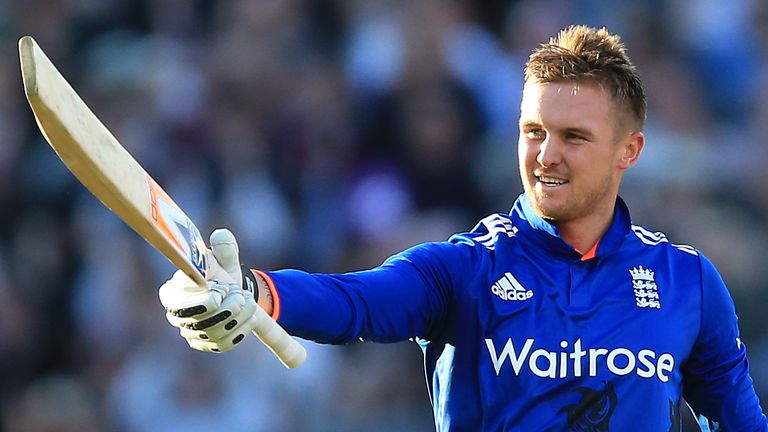 There’s rarely a dull moment when Sri Lanka visit England for an ODI series – and we can expect more of the same when the two sides lock horns following the T20 series.

Surprisingly, it wasn’t until 2006 that the Sri Lankans were given a bilateral ODI series in this country – on their two previous tours, they competed in triangular tournaments that also included South Africa and India respectively.

But Sri Lanka have more than played their part in each 50-over series in England since then and, ahead of Tuesday’s first ODI at Emirates Riverside, here’s a reminder of some of those thrills and spills…

Back in 2006, England’s one-day fortunes were already at a low ebb – and they sank even further after this humiliating whitewash, with the team slumping to eighth in the ICC’s ODI rankings.

Upul Tharanga’s century set the tone in the series opener at Lord’s, with England falling 20 short in their run-chase, and it was opening partner Sanath Jayasuriya’s turn to shine at The Oval, hitting 122 in his side’s formidable total of 319-8. 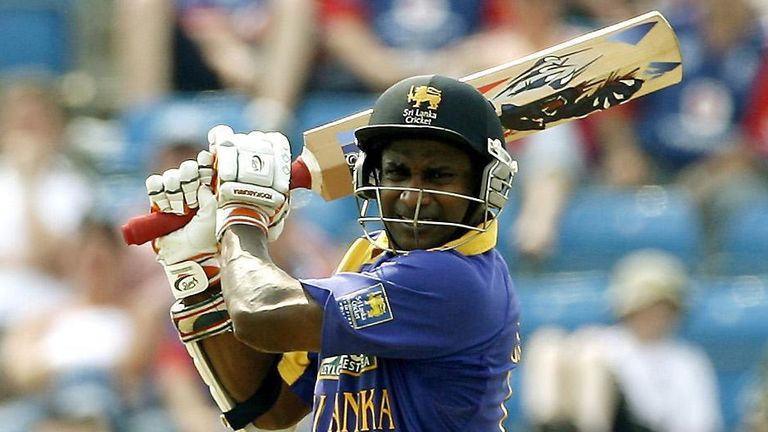 Half-centuries from Kevin Pietersen and Paul Collingwood kept England in the hunt, but they collapsed in the final 10 overs and were bowled out for 273, with run-outs accounting for the last three wickets.

Mahela Jayawardene then took centre stage with the bat, scoring consecutive hundreds as his side cruised to an eight-wicket success at Chester-le-Street before triumphing by 33 runs to make it 4-0 at Old Trafford.

England appeared to have stopped the rot, posting 321-7 in the series climax at Headingley – but they had reckoned without another savage assault from Jayasuriya (152) and Tharanga (109), whose enormous opening stand of 286 meant Sri Lanka coasted home with 12.3 overs to spare.

Five years on, the teams fought out a far closer five-match series which swung one way then the other, building up to a thrilling decider in the penultimate over at Old Trafford.

Jayasuriya, so often England’s nemesis in the past, bid farewell to the international scene by scoring only two as the tourists were rolled for 121 to lose by 110 runs in a rain-reduced match at The Oval.

However, Jayawardene remained very much a key cog in the Sri Lankan wheel and a knock of 144 at Headingley levelled the series before an unbeaten century from the up and coming Dinesh Chandimal secured a six-wicket victory at Lord’s.

England ran out comprehensive winners in the fourth match at Trent Bridge, where Alastair Cook and Craig Kieswetter shared an unbroken opening partnership of 171 to chase down a modest target with more than half of their overs unused.

In Manchester, Jonathan Trott (72) and Eoin Morgan (57) set up a competitive England total of 268-9, but a century stand between Angelo Mathews (62) and Jeevan Mendis (48) kept Sri Lanka on track until a late clatter of wickets meant the home side clinched a 16-run win and the series.

Another see-saw series went down to the final match, following some record low totals and moments of both brilliance and controversy that involved England’s exciting wicketkeeper-batsman Jos Buttler.

England struck first in another rain-affected match at The Oval, winning by 81 runs under Duckworth-Lewis, but they had no answer to off-spinner Sachithra Senanayake, who took 4-13 to dismiss them for just 99 when the series moved on to Chester-le-Street. 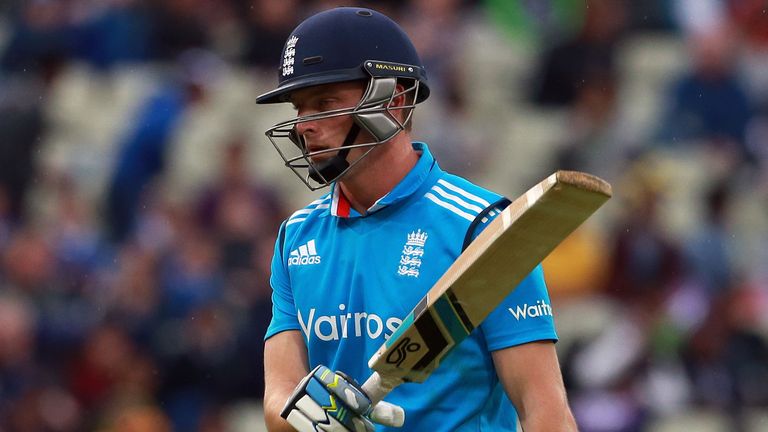 Three days later at Old Trafford, it was the turn of Sri Lanka’s batsmen to struggle in damp conditions, with Chris Jordan taking a career-best 5-29 as they were flattened for 67 – their third-lowest ODI total – and the home side swept to a 10-wicket victory.

Buttler shone at Lord’s, smashing his first ODI hundred – 121 from 74 balls – and yet that valiant effort was not quite enough as he was run out with two balls remaining and England fell seven runs short of their opponents’ 300-9.

He was run out again in the decider at Edgbaston – falling victim to Senanayake’s ‘Mankad’ tactic – but it made little difference to the outcome as Lahiru Thirimanne’s unbeaten 60 led Sri Lanka to a six-wicket victory.

The last time Sri Lanka visited these shores, the series produced their first-ever tied ODI against England – and a golden summer for Jason Roy as batting records tumbled in the Edgbaston clash.

First up was Trent Bridge, where Sri Lanka appeared to have the game in the bag after posting 286-9 and then reducing England to 82-6 in reply – only for Buttler (93) and Chris Woakes (95 not out) to lead an unlikely fightback. Their partnership of 138 gave the home side an outside chance, but that still looked like a long shot until Liam Plunkett joined Woakes and the pair scrambled 51 from the last 26 balls, with Plunkett hitting Nuwan Pradeep’s last delivery of the match for six to tie.

The next game at Birmingham was nowhere near as close, with Roy (112no) and Alex Hales (133no) putting together a record opening partnership of 256 – also England’s best for any wicket in ODIs – to eclipse Sri Lanka’s 254-7 in the 35th over.

After the third match was abandoned due to rain, Roy went on to register the highest score in an ODI at The Oval – 162 from 118 deliveries – as England won by six wickets before going on to wrap up a 3-0 success with another resounding eight-wicket victory at Southampton.