Fans have stormed Wembley stadium and broken through security barriers as chaos has reigned ahead of England’s Euro 2020 final against Italy.

Footage on social media shows dozens of people trampling down the cordon and being chased by stewards as they run into the main concourses in the stadium, just hours before Gareth Southgate’s men are due to play in their first major final for 55 years.

It is unclear whether any of the supporters have tickets to the game. 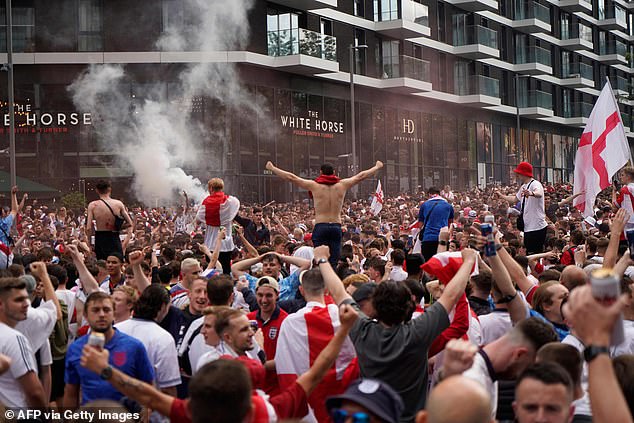 Fans have been gathering outside the stadium since the morning and the atmosphere has been steadily ramping up throughout the day.

One video shows a massive surge of fans crushing their way through security barriers and then running away from stewards, one of whom is attempting to kick fans in order to stop them escaping.

Sportsmail’s northern football correspondent captured footage of fans running wild through the barriers and into the bowels of Wembley, with little security presence able to stop them. 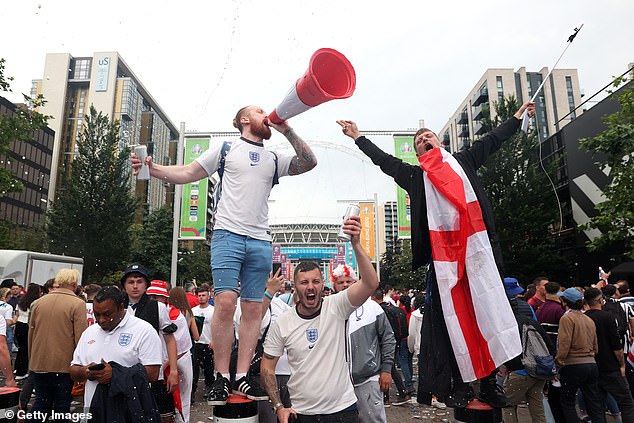 A spokesperson for Wembley said: ‘We are dealing with an incident that occurred at the outer security perimeter area of the stadium, with support from police.

‘Safety measures were quickly activated… there were no security breaches of people without tickets getting inside the stadium.’