Dog food sold in more than a dozen states is being recalled over fears that it may be contaminated with salmonella.

Freshpet Inc. is voluntarily recalling a single lot of its Freshpet Select Fresh From the Kitchen Home Cooked Chicken Recipe, which has a sell-by date of Oct. 29, 2022, according to a recall notice posted by the U.S. Food and Drug Administration (FDA).

"Our Freshpet Team had designated this single lot for destruction, but a small portion of the lot was inadvertently shipped to retailers in limited geographic markets in the last two weeks," the company wrote, adding that no other Freshpet products or lot codes were impacted by the recall.

According to the notice, the affected lot may have been sold to a limited number of Walmart stores in Alabama and Georgia. It may have also been sold to limited Target stores as well as other select retailers in Connecticut, Massachusetts, Maine, New Hampshire, New Jersey, New York, Pennsylvania, Puerto Rico, Rhode Island, Vermont and West Virginia, the notice continued. 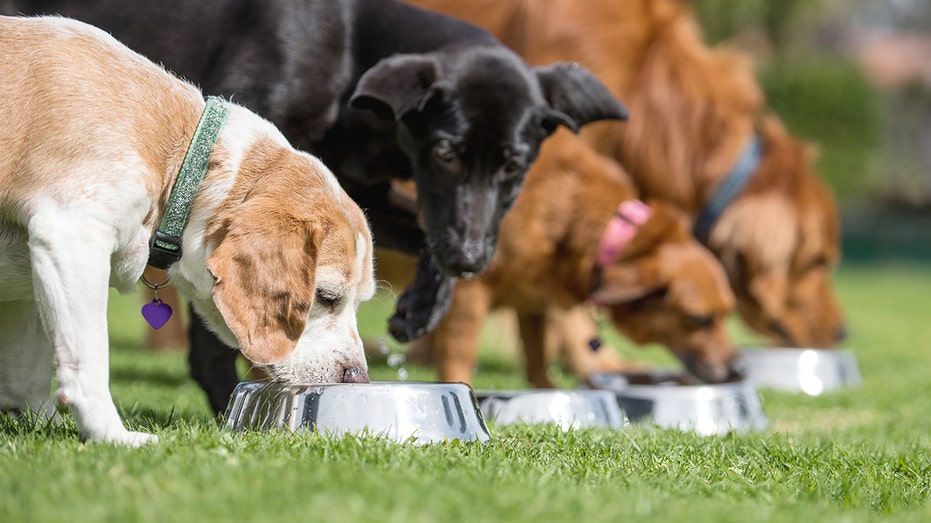 Dogs in a row eating their food at training school. (iStock / iStock)

To date, the company hasn't received any reports of illnesses or adverse reactions related to the recalled product.

However, the bacteria can affect animals after consumption and pose a risk to people, "notably children, the elderly, and the immunocompromised, when handling contaminated products," according to the recall notice.

An infected pet may be lethargic and have diarrhea or bloody diarrhea, fever, vomiting, decreased appetite and abdominal pain. Some pets may be infected without showing symptoms, although they can still infect other animals or humans, according to the recall.

Consumers who are infected with salmonella may have nausea, vomiting, diarrhea or bloody diarrhea, abdominal cramping and fever.

In some cases, they may suffer from "more serious ailments, including arterial infections, endocarditis, arthritis, muscle pain, eye irritation and urinary tract symptoms," according to the recall.