Unable to move with a smashed pelvis — and running so low on water she was forced to drink her own urine — one young hiker’s harrowing account of: Facing death in the desert

THINGS I LEARNED FROM FALLING

Dehydration is a God-awful business,’ says Claire Nelson. ‘Over time, your tongue becomes increasingly dry and scratchy, thickening like a wool mitten. My lips stuck to my gums like Velcro.

‘From there, you feel it in your head; a slowly increasing pressure throbs inside your skull, as if your brain is slowly shrinking in on itself, withering like a piece of dried fruit.’

These are the grim facts she learned when she fell 20 ft and shattered her pelvis while hiking alone through the California desert in 2018. 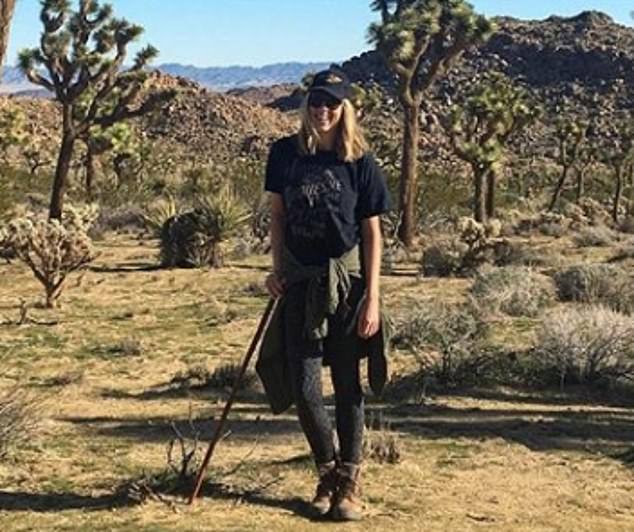 Claire Nelson (pictured) who shattered her pelvis when she fell 20ft while hiking in California, reveals how she survived the accident in a new memoir

On her second day of lying immobilised on her back beneath the blazing sun, she realised the only way she would survive was by collecting and drinking her own urine. Nelson describes it as: ‘Bitter, slightly acrid . . . with the vile aftertaste like the nostril-curling scent that wafts through the door of a men’s public toilet.’

Revolting though it was, urine kept her alive for four days and three nights.

Then 35, Nelson had been living in London and working on an upmarket food magazine for 13 years when she realised that she had begun to feel ‘burned out and bruised’.

Although she had once relished the city’s antiques markets and restaurants, she noticed she had begun to photograph and upload images of her life to social media without really savouring any of it. She was single and renting. Her articles were written and tossed into the recycling.

‘The painful irony,’ she says, ‘is that I had spent a long time building a short-term life.’

So she packed a rucksack and headed out to house-sit for old friends near Joshua Tree National Park, in California; 800,000 acres of rolling terrain peppered with boulders, rocky canyons and the region’s eponymous tufty-fingered trees.

She had always loved the desert and is drawn to landscape which seems ‘barren on the surface, but will reveal its secrets to those who take time to stop and pay attention’.

As things turned out, she would be forced to stop and pay far more attention than she had intended. 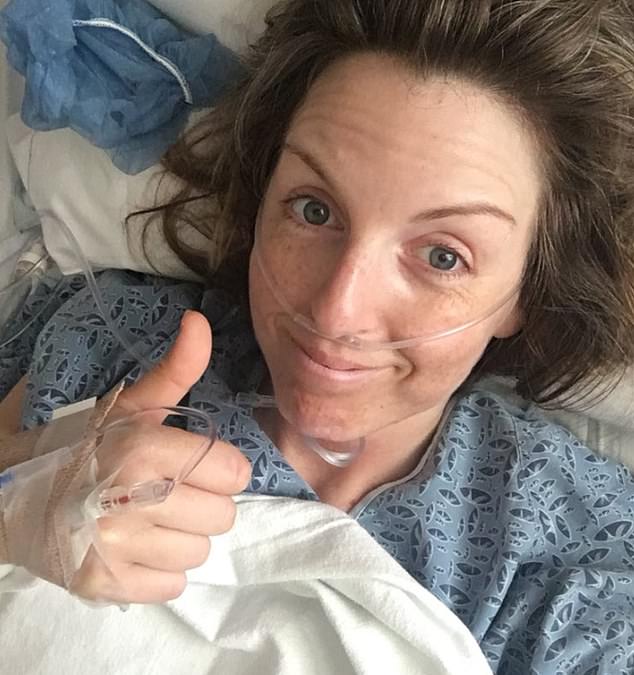 Claire (pictured, after her accident) had no phone signal after her fall and began to film her final messages on her digital camera

It was a bright Tuesday morning when Nelson set out for her hike. Her friends had warned her of the dangers but, as an experienced walker, she didn’t feel the rules applied to her.

She packed an avocado bagel, a boiled egg, a map, her camera, a phone and some water.

Nelson had already started the car when she realised she had forgotten her friend’s walking stick and went back for it. That decision would save her life. She would later use the stick to reach for her supplies and to form a sunshade with the help of a plastic bag. The makeshift sun shield was what caught the eye of her rescuers in their helicopter.

When she slipped from a boulder making an easy move, it all happened very fast: ‘I was airborne for about half a second before hitting the ground.

‘It was no small miracle that I had landed, not on one of the many clusters of rocks that surrounded me, but in a small, flat clearing — although piles of boulders hemmed me in. I was hidden from anyone’s view.’

Nelson soon realised she was unable to move the lower half of her body. ‘It was like pressing down on a faulty pedal bin,’ she says. Nothing happened. There was just pain.

Next, the 21st-century nightmare: no phone signal. The only thing her phone could tell her was that she had wandered about a mile from the official route. ‘Help me!’ she screamed, into the dry air, as a bird of prey began to circle.

She knew it was incredibly unlikely anyone would hear her and she began to record her final messages on her digital camera. 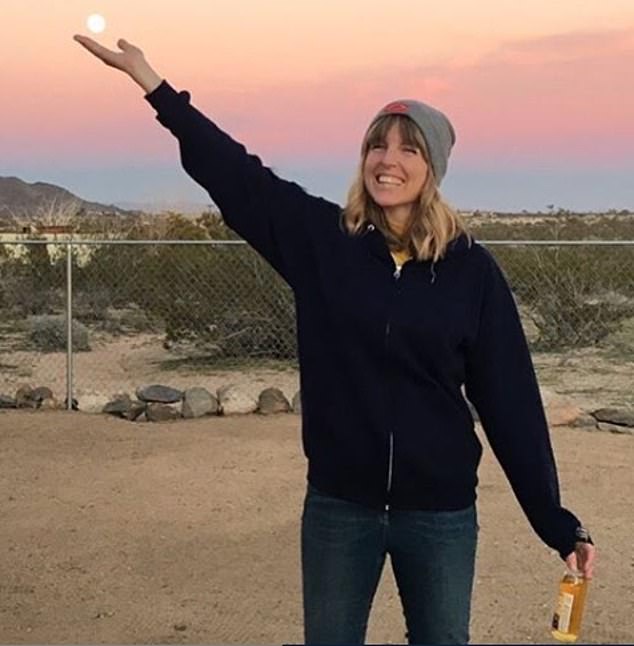 Claire (pictured) lived in constant fear of coyotes and snakes, as she waited four days for a search party to find her

Her book reveals the raw agony of her long, lost four days and three nights. The daytime heat. The night-time cold. Picturing her friends and family hearing of her death. Cursing her stupidity for not telling anyone what she was doing or when to expect her back.

She dreamed relentlessly of cold cans of Coke, as commercial airliners cut through the sky above her. She visualised the manicured nails of flight attendants on the ring pulls, the ice in the plastic cups.

She lived in constant fear of coyotes and rattlesnakes, which, she happened to know, bit around 200 people a year in the region.

But there were strangely calm and happy moments, too.

Nelson found joy in encounters with hummingbirds, bats, a lizard and the mouse who ate the avocado bagel that her dehydrated mouth was unable to chew or swallow.

Nelson accepted that this was where she would die and the panic gave way to gratitude for the beauty of her surroundings. 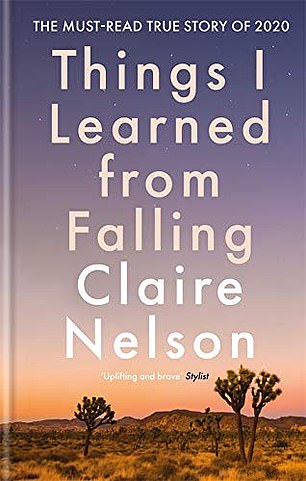 ‘Of all the locations where my bones could rest, I would be happy this was mine.’

She had set off on the Tuesday, and on the Friday she heard a chopper. Then maybe 40 minutes of silence.

Then she heard her name called through a loud-hailer, and confirmation the search party had found her: ‘Claire, we see you . . . we’re going to come and get you.’

Her habitual use of social media had brought an unexpected bonus: friends noticed that she was no longer updating her Instagram account and popped around to where she was living. They saw the cats were hungry and saw her route had been written in a diary, so they called emergency services.

Nelson’s rescue and medical treatment sounds agonising. In hospital she learned that her pelvis had been reduced to splinters.

She ended up addicted to her painkillers and endured the agony of withdrawal when it transpired she was taking enough to kill her. Journalists kept calling, wanting to know all about the taste of urine. The phone that had once been her friend became an enemy.

She had previously sought contact with the outside world, and now she fought it off, even when reporters wanted her advice on another missing hiker whose disappearance haunted her.

But in other ways Nelson learned to open up. Her relationship with her family and friends deepened as she realised how desperately they had tried to find her.

She also accepted how much she would have to lean on them through her recovery.

Ultimately, she learned to accept herself (flaws and all) along with the (equally flawed) world around her. She continues to hike and even returned to the site of her fall — with whisky — six months after her rescue.

‘When you realise how much time you’ve wasted on fear,’ she says, ‘you sure as hell don’t want to spend any more of it being afraid.’