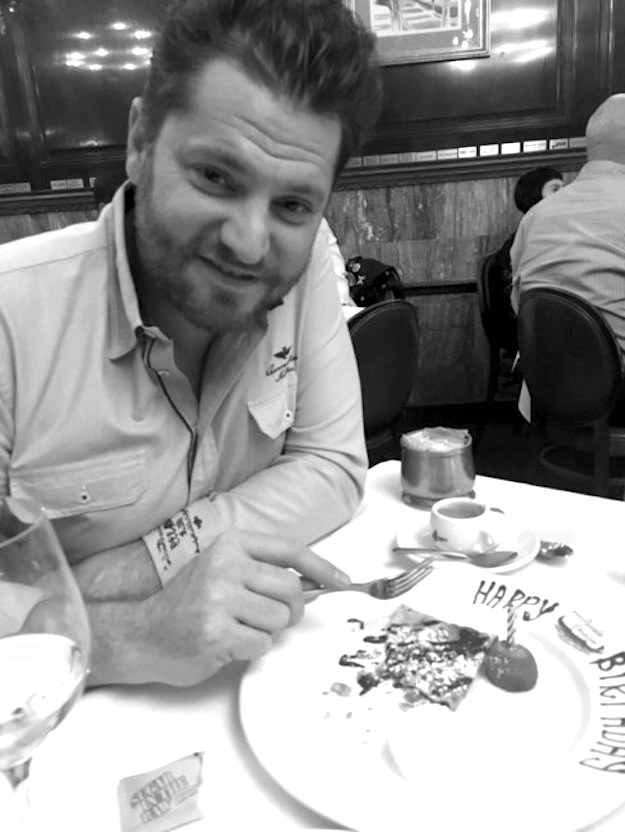 People around the world are remembering family and friends who have died during the coronavirus pandemic. BuzzFeed News is proud to bring you some of their stories. To support our coverage, become a member and sign up for our newsletter, Outbreak Today.

His older sister, Monique Bertolotti, remembers a big trip she took with him to New Orleans for his 30th birthday. At one point, Monique and the rest of the group lost track of her brother. When she finally located him, he told her that he was hanging out with some new friends he’d made.

“You could have been a friend for 35 years or a friend that he just met, he was going to be there for you,” Monique told BuzzFeed News

Childhood friend Russell Goldman recalled how Gianmarco arrived at his place the day before he moved to Miami in his mid 20s. “I was kinda uneasy about moving, and he stayed with me the whole night,” said Goldman. “He slept at my house. He was there in the morning. And when my mom drove me to the airport, he was there to hug my mom and be there for her and console her when she dropped me off.”

“He was just that kind of guy,” said Goldman. “He’d do anything he could to help a friend.”

Gianmarco, a mason for Lenox Hill Hospital in Manhattan and a fixture in his Astoria, Queens neighborhood, died earlier this month from COVID-19, the disease caused by the coronavirus. He was 42.

But due to the social-distancing regulations in place to stop the spread of the coronavirus there won’t be a funeral for Gianmarco anytime soon — no occasion for his friends to come together for him, to be there for him as he had been for them.

“Not being able to have a funeral is what makes this so hard,” said Monique.

Instead, to honor a man who loved to be there for others, Gianmarco’s family and friends have been finding new ways to mourn him. Neighbors set up a vigil with candles outside of his Queens apartment building the day after he died. A childhood friend posted a skit and montage to Facebook. Other friends have been passing by the family’s home with handmade signs. 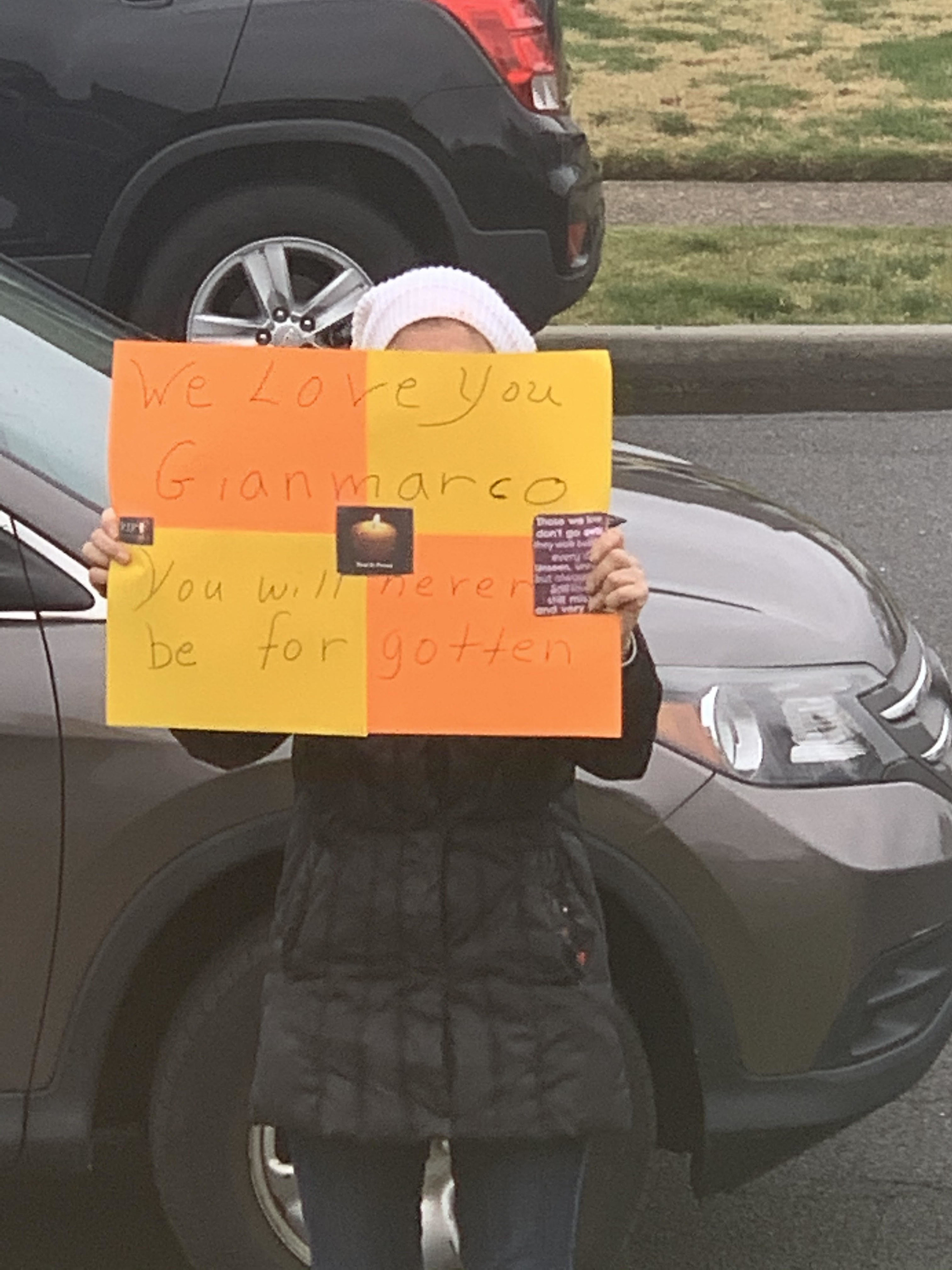 Gianmarco, known to many as G-Funk, had many passions. He loved music, food, singing, and dancing. He was a regular at many of the bars and restaurants that line Ditmars Boulevard in Queens. “He was like a mayor of his town in Astoria,” said Monique. “He was full of life and he needed a place that’s full of life, that’s why he loved New York City.”

Another lifelong friend, Joe Russo, recalled coming home from college to their hometown of West Hempstead in Long Island to discover that Gianmarco had become something of a pseudo celebrity due to his bartending. “He had this like this almost following,” said Russo. “He worked at three different bars, and each place he went to it was like, ‘Oh, Gianmarco’s here now, that’s the bar we’re going to.’ It was like nuts. I would come home every summer and that’s when I started noticing it and I would be like, Holy shit.”

Russo said he thinks his friend’s popularity was in part because he functioned “almost like a conduit for friends,” allowing those in his infectious orbit to befriend one another.

He was also passionate about New Orleans. That trip with Monique was one of many that the pair took to the city over the years — so many that the two had lost count. “From the very first moment that he stepped on those cobblestone streets, he was in love with New Orleans,” Monique said. “It encompassed everything that my brother loved: music, good food, and genuine people.

While her family was always close, Monique and her brother and dad formed an even more intensive bond after her mother died from lung cancer six years ago. More recently, they had become even closer as their grandmother’s health failed. Anytime she struggled, Gianmarco would race to be by her side. “It was a beautiful thing,” she said.

Gianmarco kept going to work at Lenox Hill Hospital up until he was hospitalized on April 15 after being diagnosed with pneumonia in both lungs. “He never complained a single day that he had to go in, even though I knew he was scared,” said Monique. “On the day he went into the hospital, I could hear in his voice that he was scared and then I was petrified.”

Gianmarco died seven days later on April 22. The last time Monique and her dad spoke to him was through a FaceTime call that the nurses at Mount Sinai Hospital in Queens set up. “By that point, which was only his fourth day in the hospital, he was on a respirator and he wasn’t able to speak anymore,” Monique remembered. “When I said his name and my dad said, ‘I love you,’ he fluttered his eyes a little bit, but that was it.”

“It was so difficult,” she said, “because anything that ever happened in my brother’s life, positive, negative, big or small, we were always there. So it was really, really difficult not to be able to be at the hospital with him.”

Russo, the hometown friend, said he plans to throw a party in the summer of 2021 that would make his late friend proud. “I’m gonna call it ‘Funk Fest’ and we’ll have all the people who loved him,” he said.

Together, they’ll paint and drink and eat and listen to the music Giancarlo loved. It’s what he would have wanted.

In the meantime, his friends are left mourning alone for someone who was larger than life. “I truly feel like there was just this innate will to live and experience everything,” said Goldman, the childhood friend, “and it was cut short due to this virus.”