Helen Hunt marked the 25th anniversary of “Twister” by opening up about the sequel that never was.

Appearing on “Watch What Happens Live” this week, the actor revealed she’d pitched an idea for a follow-up to the 1996 box office smash last year that would have featured a multiracial cast.

Her hopes for the project, which she’d planned to co-write and direct, were dashed when an unnamed studio rejected it, she said.

“I tried to get it made,” the “Mad About You” star told host Andy Cohen. “With Daveed [Diggs] and Rafael [Casal] and me writing it, and all Black and brown storm chasers, and they wouldn’t do it. I was going to direct it.”

An Oscar winner for 1997’s “As Good as it Gets,” Hunt is set to return to television this weekend in the Starz series “Blindspotting,” written by Diggs and Casal.

She starred in the original “Twister” with Bill Paxton, who died in 2017. The film overcame mixed reviews to reportedly rake in $495 million at the box office worldwide. 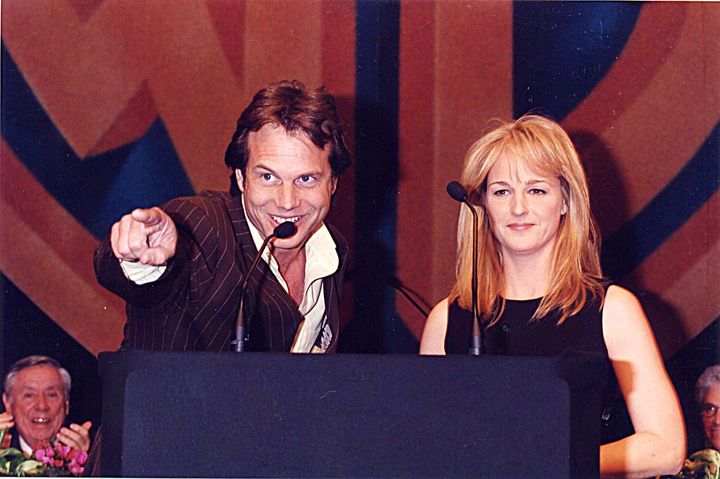 Last June, Variety reported that Universal Pictures was developing a “Twister” sequel with Joseph Kosinski attached to direct. Though the exact chain of events is unclear, Hunt said she had proposed her own sequel at around the same time.

“We could barely get a meeting, and this is in June of 2020 when it was all about diversity,” she explained. “It would have been so cool.”

Whether Hunt reprises her role as Dr. Jo Harding in a future iteration of “Twister” remains to be seen. Still, she told Cohen she’d be down for a cameo as “the elder, tired, haggard” Harding.

When Cohen suggested the character might die in a tornado in the opening segment of the sequel, the actor quipped, “That’s for sure what I would do.”