The White Claw slushie is a solution to one of the great challenges of quarantine—when can you start drinking? Is the answer 5 p.m.? 2 p.m.? When the number of Zoom meetings left on your calendar is the same as the number of children in your house who are crying?

The White Claw slushie—an overnight-social-media-sensation cocktail made with the popular hard seltzer brand as its base—is basically a salad and thus can be enjoyed at almost any time of day. It works for the quarantine weekend brunch you’re throwing for your pets, or after a particularly strenuous run up and down your hallway, or when you want to feel as though you’re lying on the Too Hot to Handle beach but are actually in a house with your parents. It’s piles of fruit, ice, hard seltzer, and just a splash of Vodka. Put in a spoonful of protein powder, and it’s a health beverage.

The slushie—like its cousin, TikTok’s very own fluffy whipped dalgona coffee—comes from the satisfying branch of “cooking” that just involves throwing ingredients into a pile and then pressing a button. People reports that TikTok user Julia Abner pioneered the recent trend of slush-ifying White Claw on the popular video app. Her recipe calls for about a half cup of frozen berries, a cup of ice, a can of lemon White Claw, and a 14-count pour of Tito’s vodka, poured into a mason jar.

Just about any fruit, mixed with any White Claw, poured over ice and crushed, will taste good. Culinarily, this activity is similar to putting six carefully selected jelly beans in your mouth at once and then saying, “The recipe I invented turned out really well.”

I went with: half a small watermelon, chopped (about 2 cups; I used fresh, not frozen, and it was fine), 1.5 cups of ice, a handful of fresh mint, a splash of simple syrup, three shots of vodka, and one mango White Claw. The recipe I invented turned out really well! 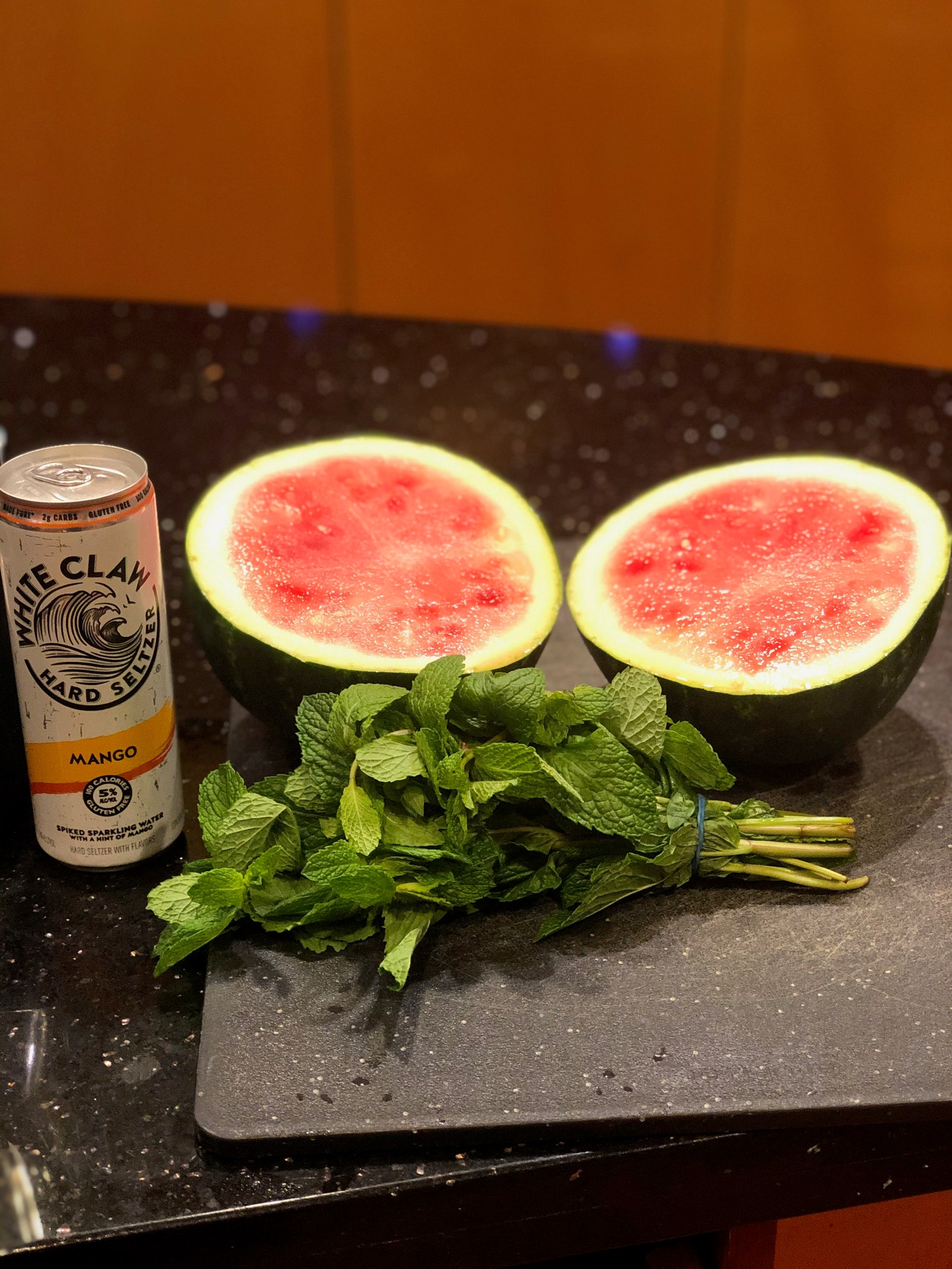 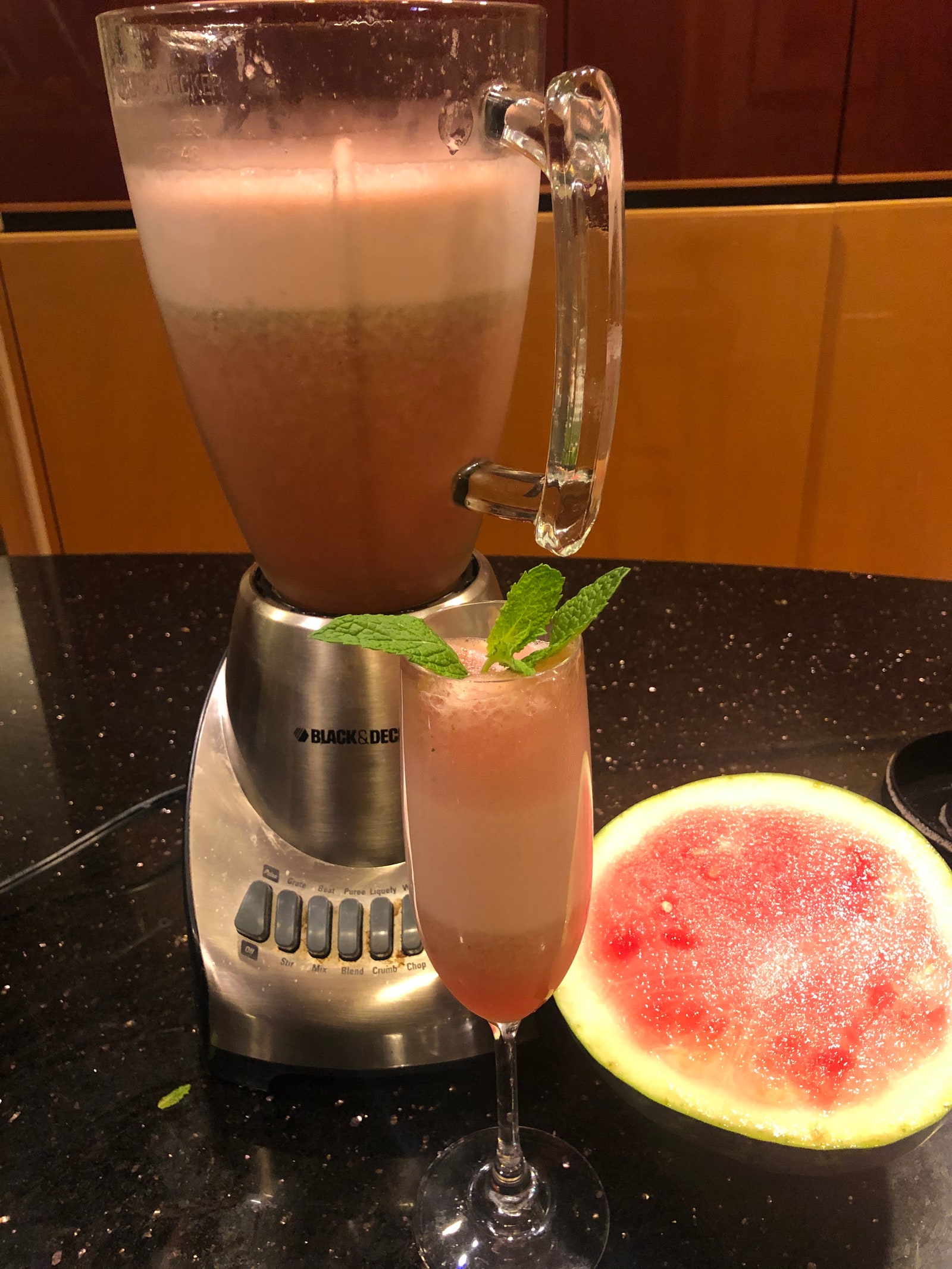 Depending on how thirsty you are, this makes enough for two or more people to have frosty glasses of summertime-y smoothies that have only the faintest alcohol taste. This is both a blessing and a curse—after I drank my slushie, I felt refreshed and ready to go for a light jog, even though in reality I had just consumed a glass of alcohol and sugar and I never jog.

To make your drink smooth, and to avoid breaking your blender during a pandemic (God forbid), you should add the ice about a half cup at a time. Vodka and tequila are the most popular mixers, but this is a frozen cocktail made popular on a trendy tween app, so don’t let tradition stop you. They may take away my internet food writing credentials for saying this, but you don’t even have to use White Claw—any hard seltzer will work as a base.

A post shared by Quarantine Cocktails with Tony (@tableforonedinnerfortwo) on Apr 22, 2020 at 6:21pm PDT

You can add a salt rim or a sugar rim, throw in a splash of coconut milk or a scoop of ice cream, squeeze in a lime, or garnish with fresh herbs (or with another splash of liquor). Put a gummy worm in it! Put in a second White Claw! You don’t have to drive anywhere!