IT was lovely to move into her new home, just a few miles up the road from her old place –until the council tax bill landed on her doormat.

Claire Osborne had expected it would go up a bit after she upped sticks from Wandsworth in South West London to nearby Richmond — but not that it would more than DOUBLE. 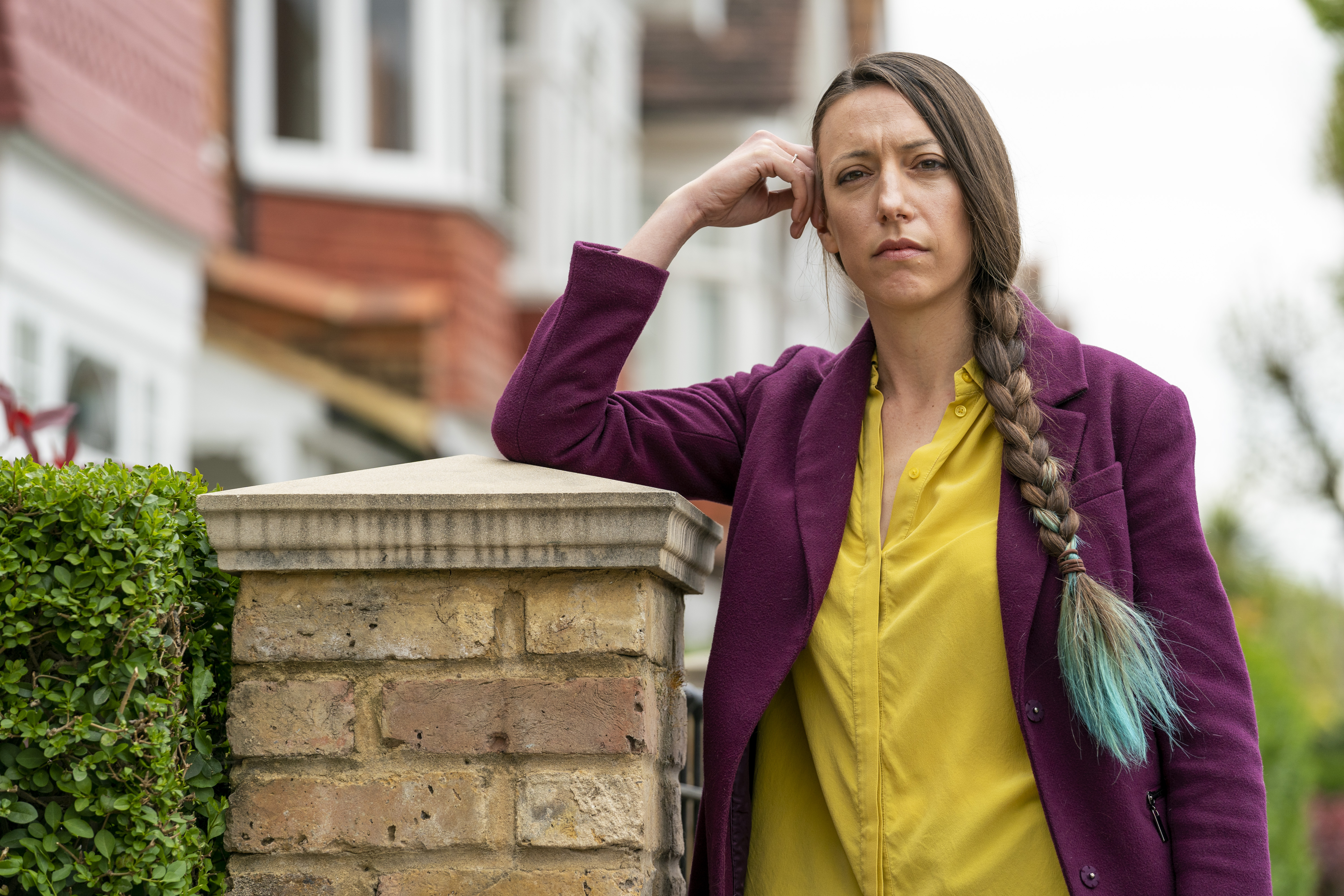 Yet that is exactly the moving-in present that greeted her.

Career coach Claire, 35, gets a 25 per cent single-occupancy discount but is still hit for £1,305 a year for her two-bedroom flat when the council comes knocking.

That compares to the £579 she would pay for an identical Band C home in Wandsworth where she lived until 2018.

She says: “It’s mad I pay so much more yet there’s no noticeable difference in council services. I expected my bill to go up when I moved, but I was surprised how it went from being just another monthly bill to my biggest bill by a long way.”

But she is not alone. Millions across the UK are playing a council tax postcode lottery when they move home — and picking the winning numbers could save you up to £12,000 over a decade.

A home-buying rush, as Covid eases, is seeing more than three million of us move this year after buying new homes.

Hundreds of thousands of renters are also switching to new digs.

But many movers do not realise their council tax bill could more than double, or halve, depending on which neigh-bourhood they plump for.

Even people staying put are being stung for more after the new financial year began, with a five per cent increase fairly common.

But which side of the street you live on can be the difference between paying one of the lowest rates in the country (Wandsworth) and one of the highest (Richmond).

Around 330,000 residents in Wands-worth pay £839 for a Band D property, classed as an average-value home in the area.

One road, Dyers Lane, has houses in both Richmond and Wandsworth. The former are billed for £1,958 in Band D, the latter £1,063. Across the country, the difference between the priciest and cheapest council tax areas over a ten-year period can add up to as much as £14,000.

A very nice family holiday fund. Or not, as the case may be. 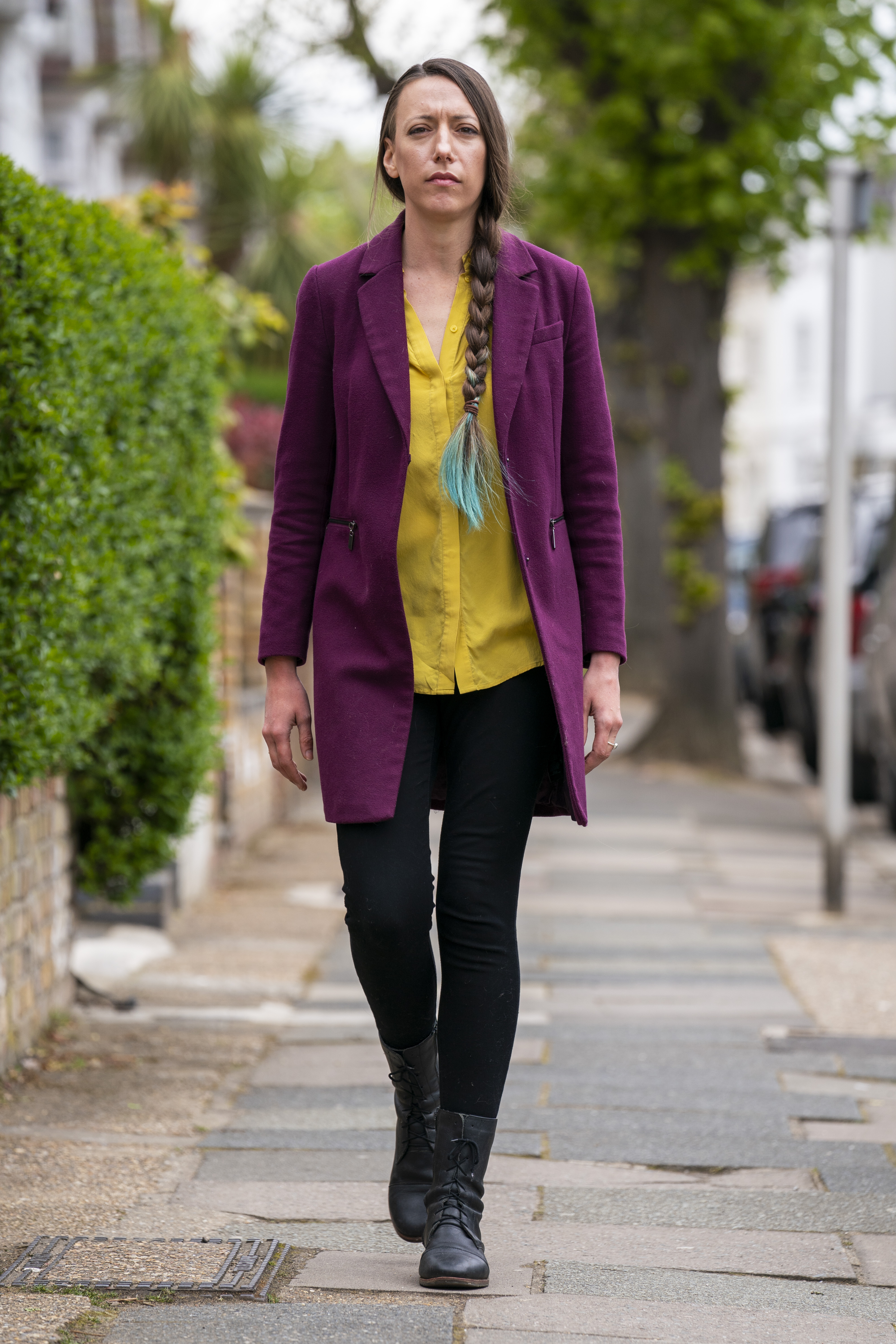 Berkshire, the North and Wales all have areas with council tax jumps of more than £500 between close neighbours.

Each council decides its own billing, based on what it judges it needs to pay for.

Some keep bills low to appease their residents. Others say they need to charge more. But all claim central government funding cuts put them under pressure to increase bills to recoup lost income.

The Local Government Association said: “Council tax is set by each individual local authority, by elected councillors, reflecting the needs and priorities of their area.”

Check our maps, bottom, to be a council tax postcode lottery winner . . . 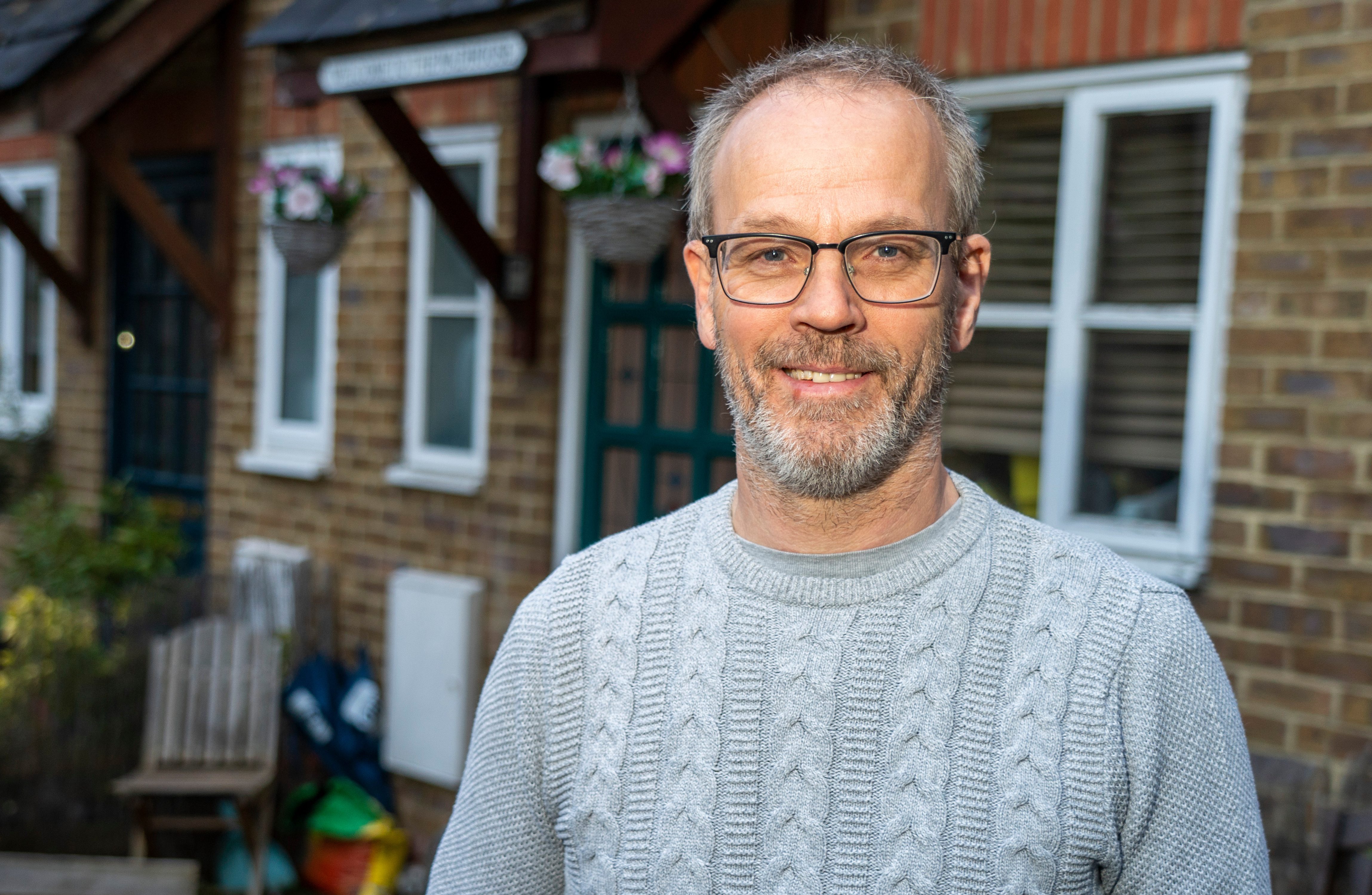 Mark Steward’s pals joke about how much council tax he saves – because he has lived in a district with some of the lowest billing in the country most of his life.

The builder and dad of three, 53, from Wandsworth, South London, pays £839 for his Band D terraced house – more than £1,000 less than if he lived in next-door boroughs Kingston or Richmond.

Mark, who has a daughter, Chloe, seven, with wife Geraldine, 46, a teaching assistant, and two other children, Thomas, 28 and Gemma, 25, said: “I’m used to it – but friends who don’t live in this area say how cheap my council tax is.

“If I moved next door to one of the expensive tax boroughs, I’d need to find another £1,000 every year.”

Mark added: “Wandsworth’s parks are maintained and the binmen come round every week.

“But I wonder how our council keep the tax so low. I’d pay more if needed.”

Mark added: “Wandsworth’s parks are maintained and the binmen come round every week.

“But I wonder how our council keep the tax so low. I’d pay more if needed.”

GET 25 per cent off if you are the only adult in your home.

Pay up to 100 per cent less if you have a low income, are on benefits, or if occupants are students.

And check your home is not in the wrong tax band.

MoneySavingExpert said: “Check if you’re overpaying by not claiming a discount or being in the wrong band.”

All are for mid-level Band D properties of a similar size. 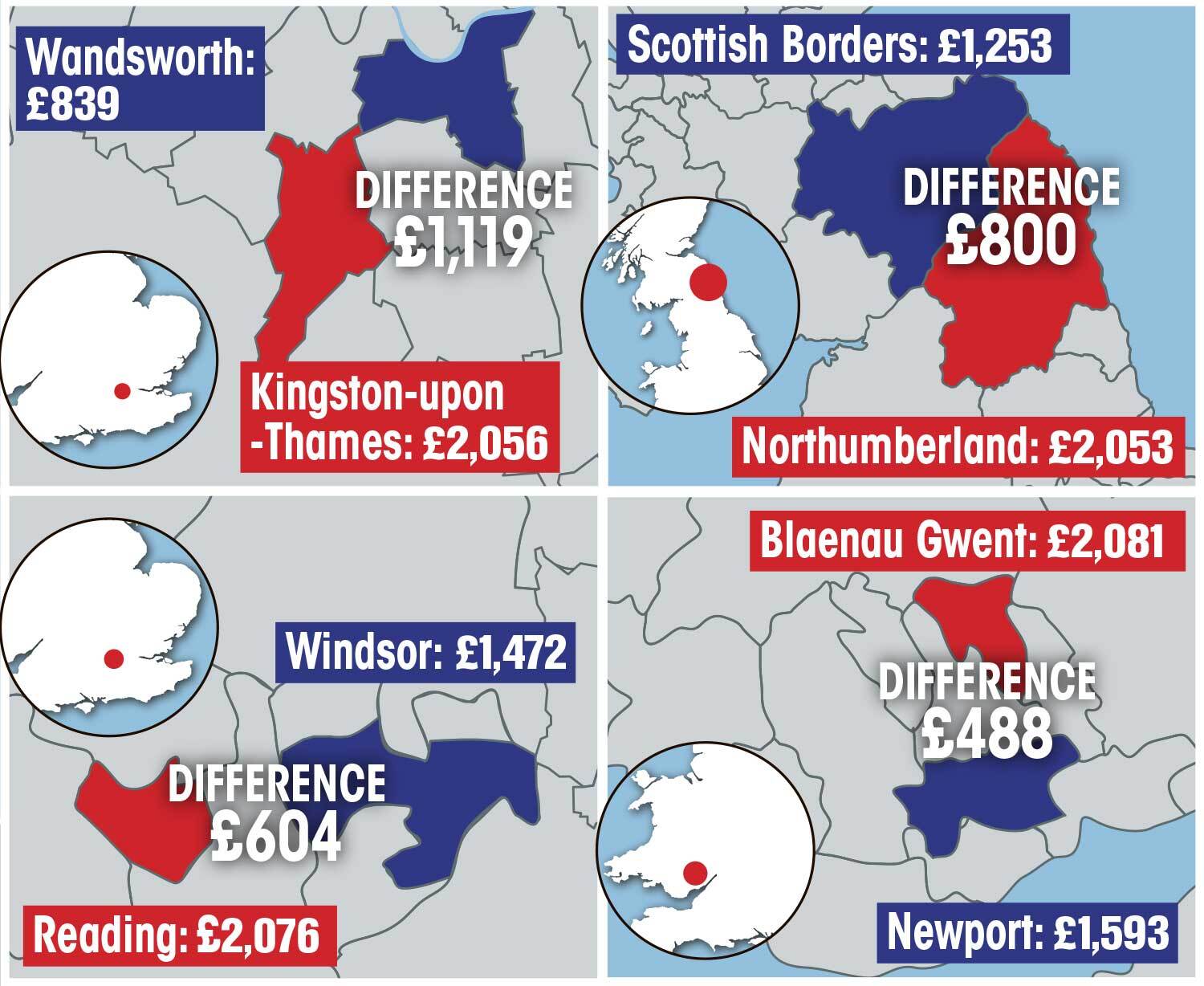