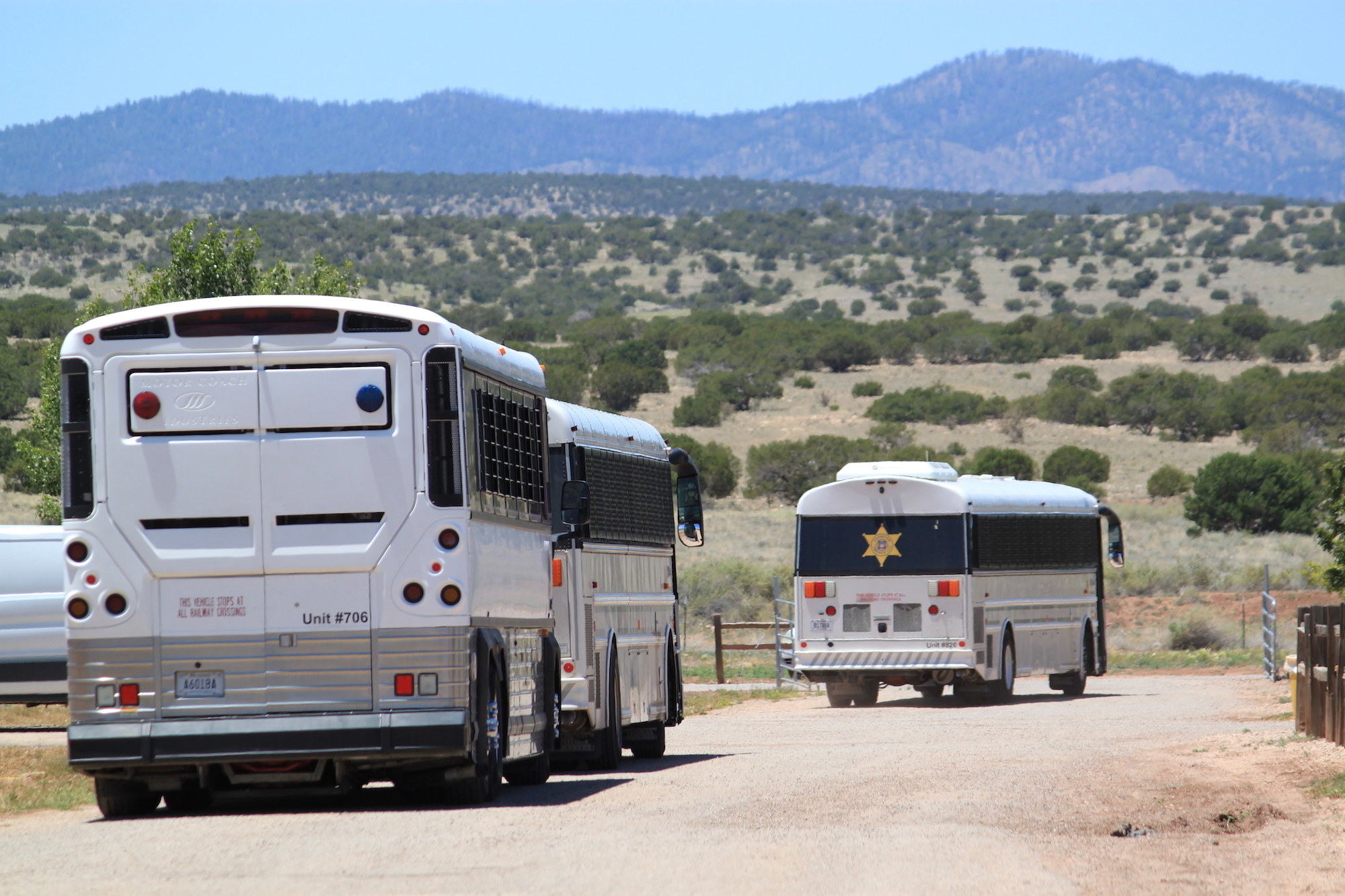 BuzzFeed News has reporters across five continents bringing you trustworthy stories about the impact of the coronavirus. To help keep this news free, become a member and sign up for our newsletter, Outbreak Today.

On April 11, Behzad Jalili and 71 other immigrant detainees were removed from two jails in New York and Pennsylvania, ushered onto a government plane, and flown to a third jail in Texas.

The idea, it appears, was to protect these immigrants, and other detainees, from the spread of the coronavirus by reducing jail populations in the northeast to create more “distancing.” But in the time since their journey, nearly two dozen of the detainees who were moved have tested positive for COVID-19, BuzzFeed News has learned — and Jalili fears the flight, and a subsequent bus ride, put him and the others at risk.

“When I see people here, I see fear in their eyes,” he said of immigrants who were moved to the Prairieland Detention Center in Alvarado, Texas. “We don’t know why we were sent here. We are not camels or sheep. We are human. We don’t want to die. We don’t want to be forgotten.”

Immigration and Customs Enforcement officials took the detainees’ temperatures before transferring them from two detention centers that were grappling with coronavirus outbreaks: The Buffalo Federal Detention Facility in Batavia, New York, had seven known cases on April 11, and the Pike County Correctional Facility in Lords Valley, Pennsylvania, had five. Since then, the numbers have jumped to 49 and 16, respectively.

At the time, their destination, the Prairieland lockup, had yet to see many cases. But in the past two and half weeks that has changed: 21 of the detainees who were brought from the northeastern states have tested positive for COVID-19 at Prairieland, making up more than half of the 41 cases at the detention center, according to agency data. Forty detainees from the group were tested, and six others who were flown in are awaiting results. 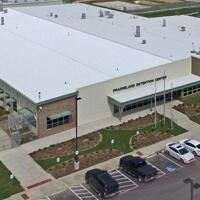 At Prairieland, according to ICE, the detainees were split into two separate parts of the jail with restricted movement. Jalili, a 48-year-old Iranian, was placed in a dorm with half of the group — some from the Batavia facility and some from Pike County. The space was filled with bunk beds, set close together. TVs line the walls, and detainees are keeping up with the latest pandemic news.

Jalili, who was detained by ICE officials in 2018 after allegations of immigration fraud — charges he denies — said he had seen some of the men he traveled with from the northeast pulled out of the dorm after exhibiting symptoms of the disease. Inevitably, he said, word will spread that they’ve tested positive. The tension is especially high when someone coughs or sneezes — like a zombie movie, he said, in which everyone is worried that they’ll be exposed and “turned.”

Jalili, who is Christian, spends most of his time reading and clutching his Bible.

“I don’t wish for anybody to be here,” he said. “We don’t know what’s going to happen even an hour from now.”

In interviews with BuzzFeed News, multiple immigrant detainees who were transferred along with Jalili to the Texas facility detailed their fears that the trip could have increased their exposure to the disease. They wore masks on the flight, but some heard coughing on the plane while others heard people vomiting on the bus ride to Alvarado.

The mid-pandemic shuttling of dozens of immigrant detainees from two jails struggling with coronavirus, on planes and buses, has prompted immigrant advocates, attorneys, and medical experts to raise questions about the necessity of the transfer. Former ICE officials echoed those concerns.

“ICE has long suffered from a lack of coordination and communication on the detention front,” said one former senior ICE official who requested anonymity in order to speak freely. “I think the fact that ICE continues on with regular interstate and facility transfers like this shows how little critical thinking is happening about both detainee, officer, and facility staff safety.”

Government officials maintain that the move was made to create the conditions necessary for social distancing within detention centers housing more than 30,000 immigrants across the country. Thus far, more than 400 ICE detainees across the country have tested positive for the disease.

In March, ICE officials began assessing their inmate population to locate “vulnerable” detainees, including those who are over 60 or pregnant. So far, they have released nearly 700 detainees, and detention numbers are the lowest they have been in several years.

“The health, welfare and safety of ICE detainees is one of the agency’s highest priorities. ICE tests individuals in its custody for COVID-19 in compliance with CDC guidance and updates procedures as new guidance becomes available,” an ICE spokesperson said in an email to BuzzFeed News.

“During COVID-19, the agency has taken steps to protect detainees in its custody and promote social distancing whenever possible. This has resulted in the transfer of detainees from facilities with larger detention populations to facilities with fewer detainees. Prior to transport, the agency conducts temperature checks and medically screens detainees for COVID-19 symptoms.”

Paul Spiegel, director of the Center for Humanitarian Health at Johns Hopkins Bloomberg School of Public Health, said that he agreed with the agency’s intent to “decongest” detention centers. But ICE officials, he said, should rely on releases of immigrant detainees to reduce jail populations. If detainees are being moved, they should be tested beforehand, he added.

“They should avoid this in the future — clearly. They shouldn’t be putting people on planes and buses where we know there can’t be a 6-foot rule,” he said. “The longer the trip, the more chance of getting infected. We may not be able to definitively say people were infected because of this but there is a decent likelihood that was the case.” 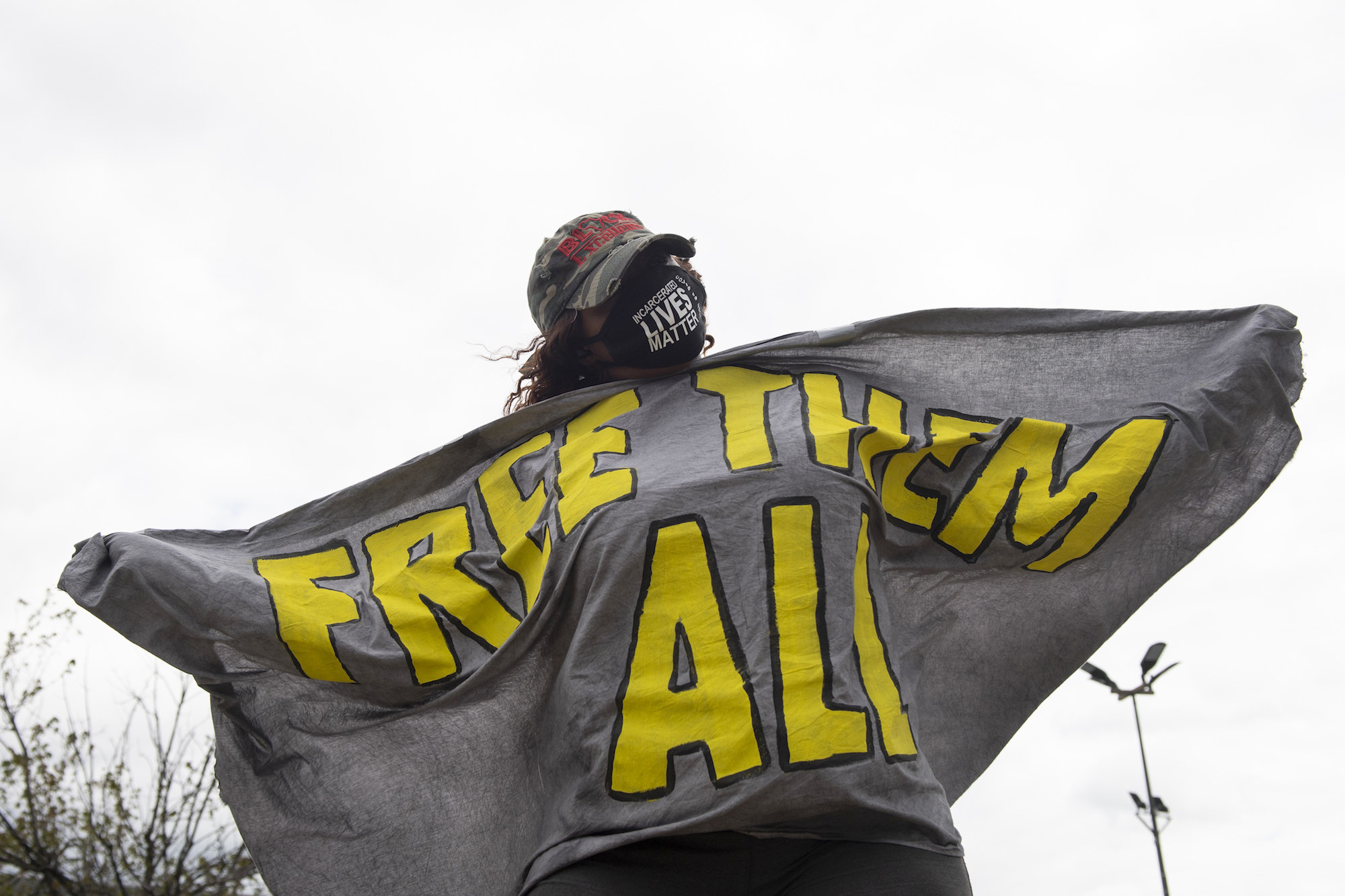 An activist protests in Washington DC on April 27 to highlight the plight of vulnerable community members, including people in jails, prisons, and ICE detention centers.

The transfer of the 72 detainees came after a pair of federal court rulings in New York and Pennsylvania. In New York, ICE officials were told by a federal judge to create social distancing measures for “vulnerable” individuals in custody, while in Pennsylvania a court forced ICE to release a group of detainees. In early April, the facility in Batavia was at roughly half its capacity to house detainees, according to court records.

Immigrant advocates in New York have documented how the detention center in Batavia received a transfer of detainees from Bergen County Jail, which had one of the first cases of an ICE detainee contracting COVID-19 in March. One ICE detainee who spoke with BuzzFeed News said he was moved from Bergen County in mid-March to Batavia and was part of the group that was sent to Texas.

“I don’t want to die in here,” he said. “I want to see my mother and sisters again.” Last week, he came down with a cough and was fearful he had contracted the disease.

“To transfer people out of Batavia, where detained people have the highest rate of COVID in the country at 49 confirmed positive out of all 320, is unconscionable, said Jennifer Connor, executive director of Justice for Migrant Families in western New York, which works with immigrant detainees. “The only real answer to the public health disaster that is unfolding in detention is to conscientiously release people to their intended destinations where they can quarantine, heal and recover in community-supported settings.”

In Pennsylvania, immigrant advocates began to learn of the transfer on April 10 through emails on a listserv from immigration attorneys detailing a potential move. “We’ve never seen anything like this,” said Christopher Casazza, an immigration attorney in Philadelphia. “It’s absolutely insane.”

One of the detainees who was moved from Pennsylvania to Texas was a 36-year-old Indian detainee who had been preparing to plead his case in front of an immigration judge to obtain lawful status through his US citizen wife. The hearing, scheduled on April 8 in Pennsylvania, was postponed.

Alvis Doras, an 36-year-old Dutch man, had initially thought he was being deported when officers told him he was going to be moved from Batavia, where he had been detained for several weeks.

Doras had been brought to the US as a 3-year-old and since then had lived his entire life in the US. He had agreed to be deported because he did not want to spend an extended amount of time in jail.

Instead, Doras was put on a plane to Texas: “I didn’t like it when they were moving us. Why why why? I didn’t want to come. It was very high risk,” he said. He told the officials that he didn’t want to go. Until they were going to deport him, he said, he wanted to stay in Batavia.

Doras, who said he was picked up on drug-related crimes and driving with a suspended license, said that his dorm is mostly filled with detainees from Pike and has dwindled from originally more than 30 detainees to around 10.

He’s become perceptive of who has what symptom: the man who’s always sleeping, the other who’s always coughing, and others who are sneezing. Some are taken away, while others remain.

“I feel bad,” he said. “What if something happens to me? They mixed me with people who had Corona and are now out. I try to stay in my bed and cover up.”

Doras is hoping he is deported soon.

“I just want to get out of this jail,” he said. “They got me holed up and I don’t know when I am leaving.”