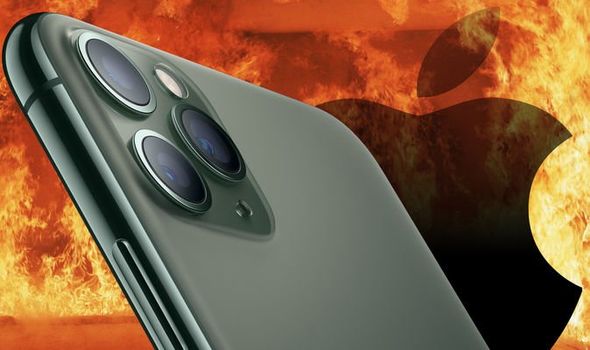 Bad news, your iPhone can be crashed with a simple text message. The crash is caused by a glitch inside iOS that causes Apple smartphones to lock-up and stop responding to any taps or button presses. Most worrying of all, the bug works on social media too – so just scrolling back the correct combination of characters on a Facebook news feed or Twitter timeline could cause your handset to immediately lock-up. It’s unclear if iPad models are impacted too.

The string of characters, which are from the Sindhi language, has been circulating on secure messaging platform Telegram as well as a number of forums. If you’re running the latest version of iOS – iOS 13.4.1 – the text will crash your iPhone as soon as the notification of the text message drops in, or you scroll past the characters.

If your iPhone locks up, the only way to get it back to a working state is with a force reboot.

All three button presses need to be done in relatively quick succession for a successful reboot.

MORE LIKE THIS
Apple’s next MacBook update could seriously boost your battery
iPhone SE now available and starts from £10 a month (despite its iPhone 11 Pro features!)

If you’re friends with a few troublemakers who think it’s funny to keep remotely crashing your smartphone by sending you the string of characters (and don’t want to keep having to reboot your iPhone), your best bet is to disable all notifications from messaging apps on your handset. To do that, head to Settings > Notifications.

It’s been around two years since the last text bug crashed iOS. That one was written in the Indian language Telugu.

According to Apple-centric blog 9To5Mac, the latest beta build for the next version of iOS cannot be crashed with the text bug – so it’s clear that Apple is aware of the issue and already has a fix in the works. As soon as that version of the mobile operating system launches, the bug will no longer work.