A thorny situation. Kaitlyn Bristowe teased what’s to come on Katie Thurston‘s upcoming season of The Bachelorette — and admitted that getting back into that headspace was more challenging than she expected.

Bristowe, 35, was tapped to cohost the 17th season of the ABC dating series with Tayshia Adams in the wake of Chris Harrison‘s recent controversy and subsequent leave of absence. Us Weekly exclusively confirmed earlier this month that filming wrapped one week ahead of schedule, and during an episode of her “Off the Vine” podcast, Bristowe got real about stepping into the role.

“A lot of people are asking how I’m feeling,” the Dancing With the Stars champ said on Thursday, April 29. “They know I took a social media break for a couple of days. I was very overwhelmed.” 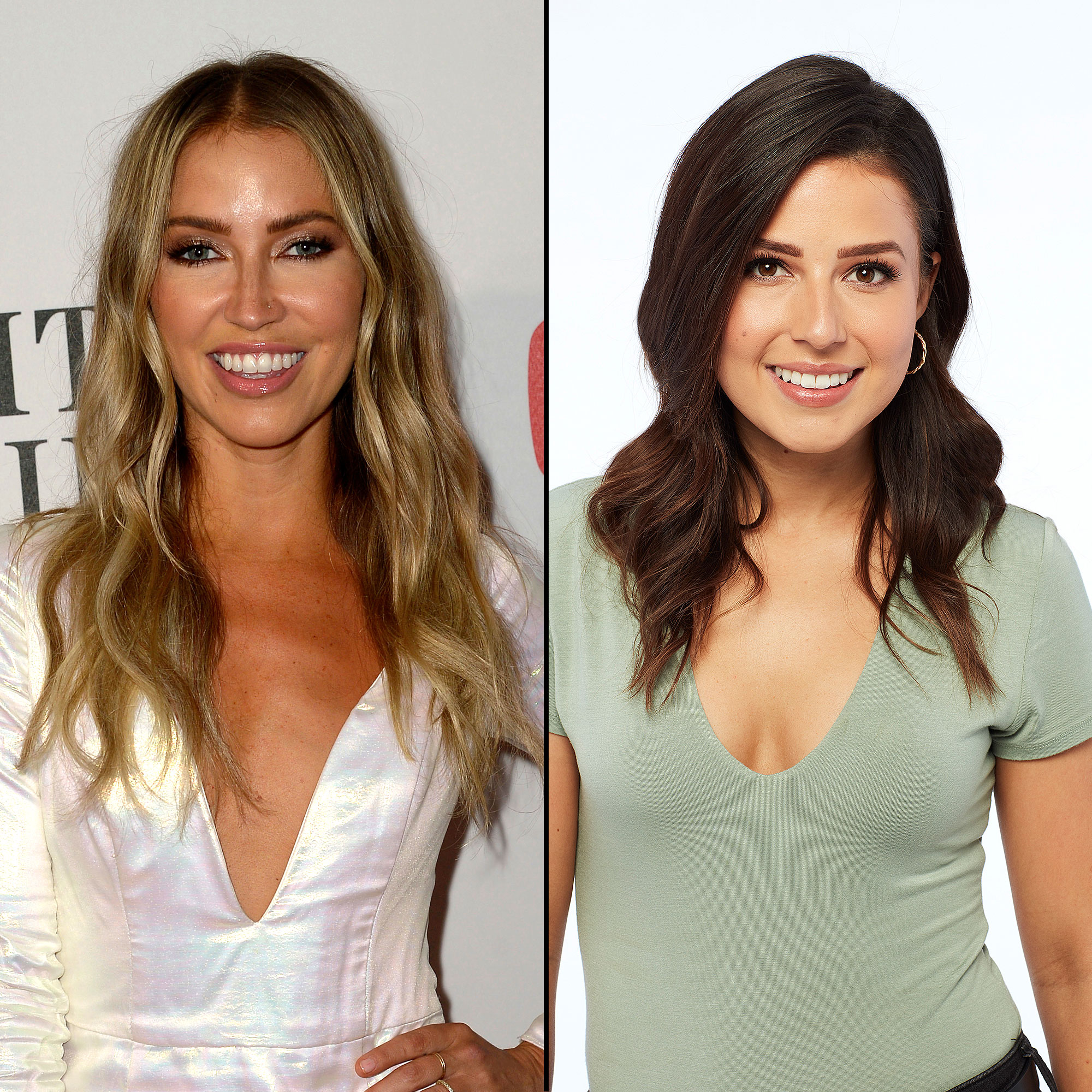 The Canadian reality star, who was the season 11 Bachelorette in 2015, called the experience a “perfect storm and breeding ground for anxiety,” which she hadn’t anticipated.

“I’m so happy to be part of this Bachelorette show,” she continued. “But I didn’t realize how much it brought up some either trauma or some anxiety that I may not have dealt with as much as I thought I had. My hormones [were] out of control. I’m in New Mexico where I swear the altitude and the dryness and the hotel food — everything was just getting to me.”

Despite encountering some hiccups along the way, Bristowe couldn’t contain her excitement about the upcoming episodes. “I think it’s going to be really fun,” she added. “Tayshia and I had a really, really fun time being there. We love Katie. I’m definitely not going to say much because I don’t wanna get in trouble, but I mean, maybe I can say it’s the most dramatic season yet.”

Kaitlyn Bristowe’s Season 11 of ‘The Bachelorette’: Where Are They Now?

The Spade and Sparrows founder got engaged to Shawn Booth during the 2015 finale of her Bachelorette season, but the pair called it quits in November 2018. Nearly three years later, Bristowe admitted that she “would have done anything” to make her engagement work.

“I was madly in love with him,” she said on the “Reality Life With Kate Casey” podcast in January. “I thought that was my person. … I think he felt the pressure to stay together because of what people would think. I sound like I am bashing him, which I might be, [but] I think he was kind of like, ‘Everyone thinks we are perfect, let’s try and make it work.’ I was like, ‘Everyone thinks we’re perfect and I do want to try to make it work.’”

After splitting from Booth, 33, Bristowe moved on with fellow Bachelor Nation member Jason Tartick in January 2019. While the pair previously hinted that they’ve found the perfect engagement ring to kickstart their future together, they don’t want to rush.

“I always say anyone who gets through this [coronavirus] quarantine together, as a relationship, should get married,” she told Us in May 2020.

The Dew Edit founder is hyped for viewers to watch her guide Thurston, 30, on her search for The One — and the female-driven season will have a different energy than what longtime fans are used to.

“There were a lot of very last-minute changes,” a source told Us earlier this month. “It’s a different vibe. Chris was the glue that holds it together.”

A second source added that while the former Bachelorettes were “lovely to work with,” their lack of hosting experience was evident. “[They’re] just helping out this season,” the insider explained. “This is not their permanent position.”