Michelle Rodriguez and Sanoe Lake joined Kate Bosworth as they reminisced on the 2002 surf film that inspired young women to take on the male-dominated sport. 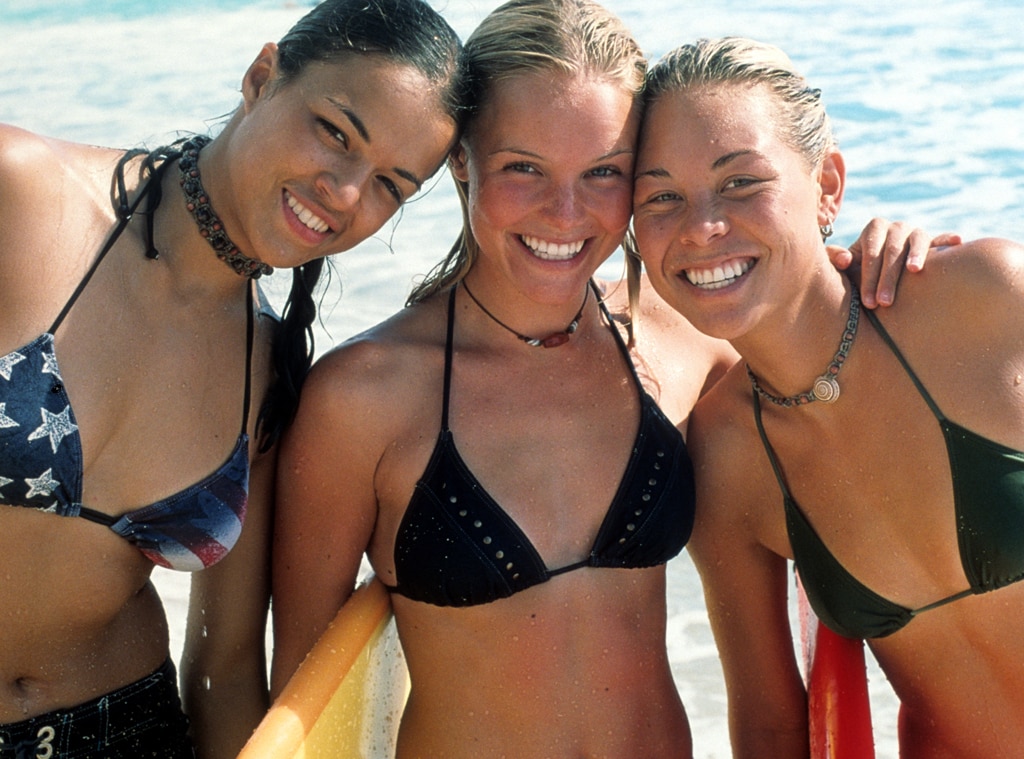 The stars of Blue Crush are missing the big swells of Oahu's North Shore.

Exactly 18 years after Kate Bosworth, Michelle Rodriguez and Sanoe Lake brought surf culture to the big screen, they've reunited to discuss the film's impact on young women, the possibility of a sequel and the lifelong memories they made along the way.

"For me," Kate told her co-stars during their virtual catch-up, "Blue Crush is the one that everyone, and especially young girls, come up to me and say, ‘You inspired me to do this! You guys are all my heroes!' It's so incredible."

As a Hawaii native and lifelong competitive surfer, Sanoe was the only one of the trio who didn't need extensive training out on the water. Not only did the women endure physically grueling sessions with personal trainers on set, they were asked to live together for the entirety of the shoot. "We were like family for three months," Sanoe dished. "It was so great. One of my favorite life experiences."

Upon its release in 2002, Blue Crush helped amplify surfing to the mainstream and usher in a new era of inclusivity for the otherwise male-dominated sport.

"Whether it's surfing or any other sport, I think that's why it resonated with so many females and girls. They were like, ‘Oh, I can! I can do it!'" Sanoe shared.

TikTok's Highest-Paid Stars Revealed: Find Out Where Your Faves Rank

The Bachelorette's Becca Kufrin and Garrett Yrigoyen Break Up

Kate agreed, adding, "The other thing I think that really resonates with people and what you guys brought to your roles is the friendship. When you doubt yourself and you feel like I can't do this, I quit… You have your ride or dies saying, ‘I believe in you more than you believe in you. We're gonna make this happen.' It's so beautiful to watch that."

Looking back, Michelle said it's difficult to recreate the magic they felt while filming Blue Crush in movies today.

"I miss that vibe period in film," the Fast & Furious star said. "Everything's either too goofy or not real enough. It's just really sweet to have a thing you can escape to some other beautiful place that's full of water, summer and nature."

Before the stars signed off, Kate asked the question on every fan's mind: "Everybody wants to know, would we be up for a sequel?"

"Yes, obviously," Sanoe dished, as Michelle replied, "I would totally, man. I love you girls and I love Hawaii. You don't have to ask me twice."

Catch their entire reunion in the video above!