Kendra Scott is launching a line of men’s jewelry. On June 7, the Austin, Texas-based company will launch Scott Bros. by Kendra Scott, with an inaugural collection featuring a range of bracelets priced from $68 to $198.

The line was spearheaded by Scott herself, with input from her three sons. “We have never really dabbled in men’s before — we have lots of people come in our stories, which obviously include a lot of men. We found there was a lot of white space with this while talking to customers,” said Kendra Scott chief executive officer Tom Nolan, who took the brand’s executive helm in February when Scott decided to refocus her efforts on the company’s product design and philanthropy efforts. Scott remains the company’s executive chairwoman.

“We are always looking at horizontal avenues to grow the business and had nice success with home — our candles were really successful and we felt like this was easy for women to buy for the men in their life. It has been a fun project for me — it’s the first time I’ve been able to wear something we have made,” Nolan added. The executive himself is featured in Scott Bros.’ debut campaign, alongside other Kendra Scott employees.

A mix of semiprecious stones, chain, rope and leather materials give the line a breadth of options. Keeping with Kendra Scott’s giveback initiatives, 20 percent of proceeds from the sale of the “Cade” suite of jewelry will be donated to the Peyton Manning Children’s Hospital art therapy program.

Nolan said that the company will be “nimble” in its approach to the Scott Bros. line by gauging consumer reaction and responding accordingly with new product launches. But for Nolan, men’s offers a considerable opportunity: “If I look at the macro men’s jewelry market, it continues to grow. David Yurman, for instance, makes a pretty large percent of its business in men’s. 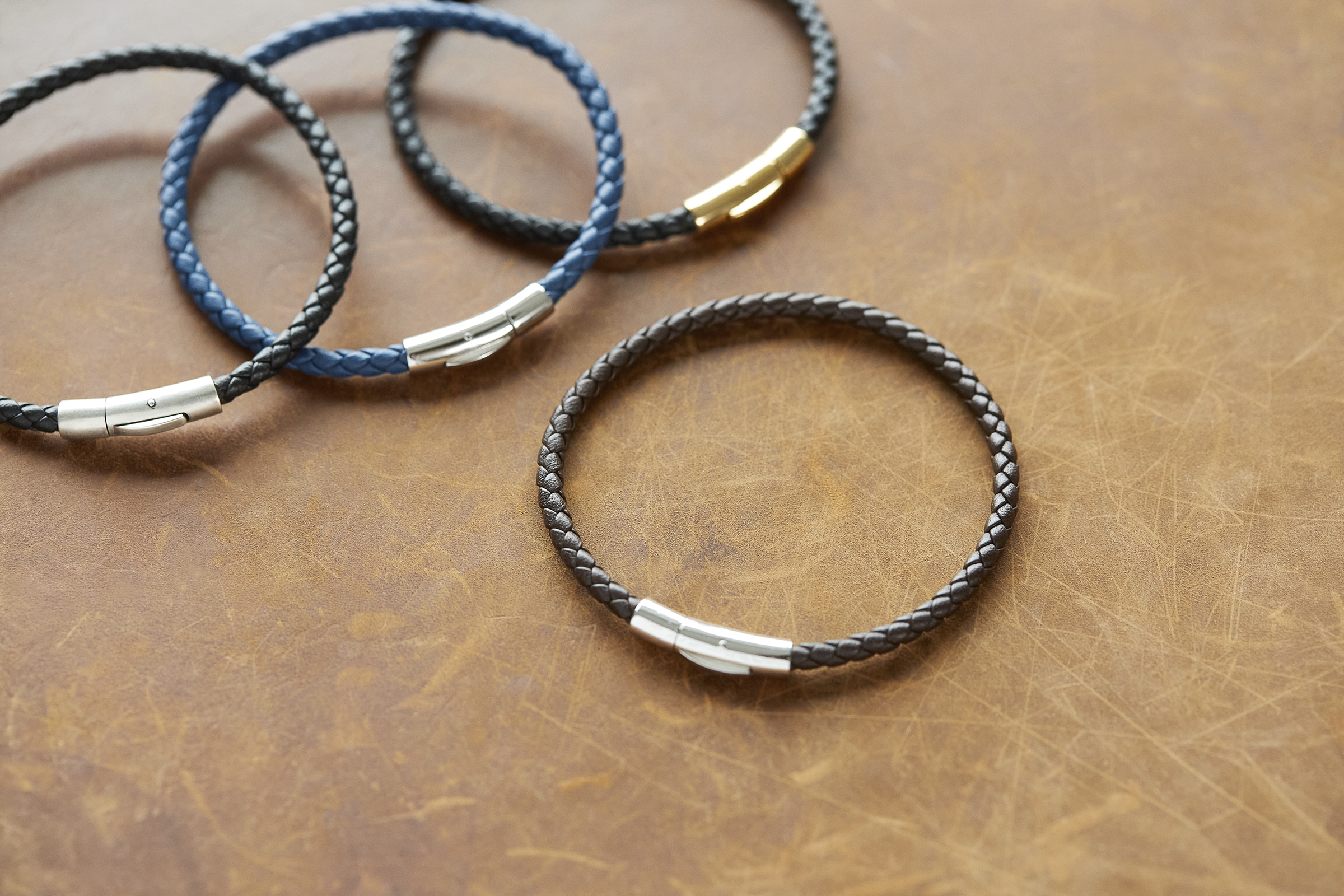 “I look at the business from a high-level perspective of where white space is as a customer. Kendra talked to her sons and they felt like they had a hard time finding jewelry they could afford that’s high-quality and appropriately represented them. Personally, I don’t make big fashion statements as an individual but I have personal style and want to identify with something — I felt like there was a white space out there for things I wanted to wear and be proud of.”

While many brands rush to label new lines as gender neutral, Nolan said that Kendra Scott decisively labeled this range as men’s because: “We always celebrate diversity, equity and inclusion for employees and customers and wanted to make sure we had gender neutral designs in mind. We currently have plenty of men’s customers that shop our current line of jewelry. It’s called Scott Bros. because of Kendra’s sons and I think primarily those who identify as men will be the one to buy. But this is also gender neutral enough to sell to those who identify as female.”

The offering will be sold in Kendra Scott stores as well as online — both destinations with a decidedly feminine tone. Thus, Nolan is working with the brand’s merchandisers on how to best feature the Scott Bros. line in-store. “We will see wood tones and wood hues so we capture the core customer but it’s also fitting into the environment that is more feminine,” said Nolan.

He feels that it’s more a matter of “attracting someone who identifies as male to a store that seems more female. That plays back to marketing and social media, which all went into the process of where we are today.”

Ideally, he said, “if it goes well I would expect [sales] to behave the same as our fine and demi fine business which now each represent a double-digit percent of our business.”

On the broader spectrum, Nolan says that store traffic is beginning to return to or exceed pre-pandemic levels — particularly in the South and Midwest. Kendra Scott is still “encouraging” all employees to continue wearing masks despite updated CDC guidances, and will continue capacity and social distancing rules.

The Kendra Scott brand has opened three new physical retail spaces so far this year — pop-ups in Naples, Fla., College Station, Texas, and Columbia, S.C. Nolan says he is “extremely bullish” on physical retail experiences and is currently looking for additional retail space for the brand.

“We have seen double-digit growth in the first quarter. All our channels are performing as expected or better — we feel great about the outlook but we won’t rest on our laurels. In the retail business a majority of our year is made in the fourth quarter so we are doing the best that we can. All indicators are great,” he said.