KIM Jong-un earned the school nickname "the little dictator" for his bullying ways after being told by his parents he was a demigod.

The young Kim was notoriously brutish in class and would reportedly kick and spit at other pupils too terrified to question his shocking behaviour. 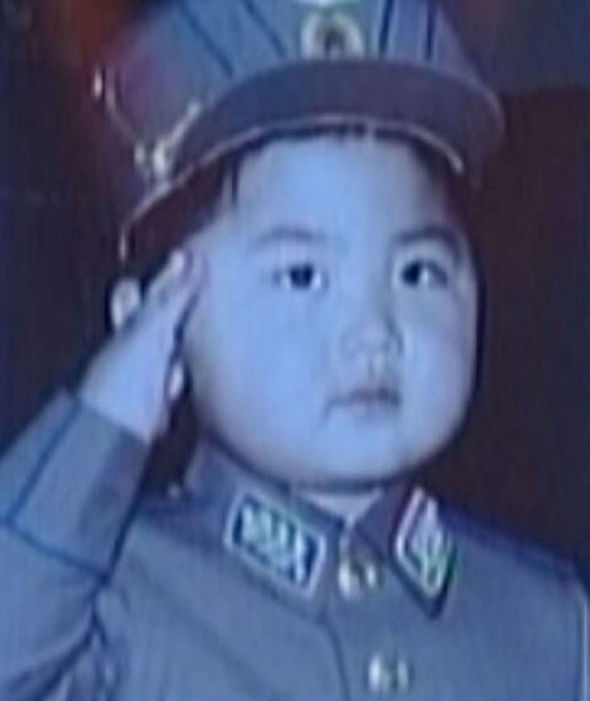 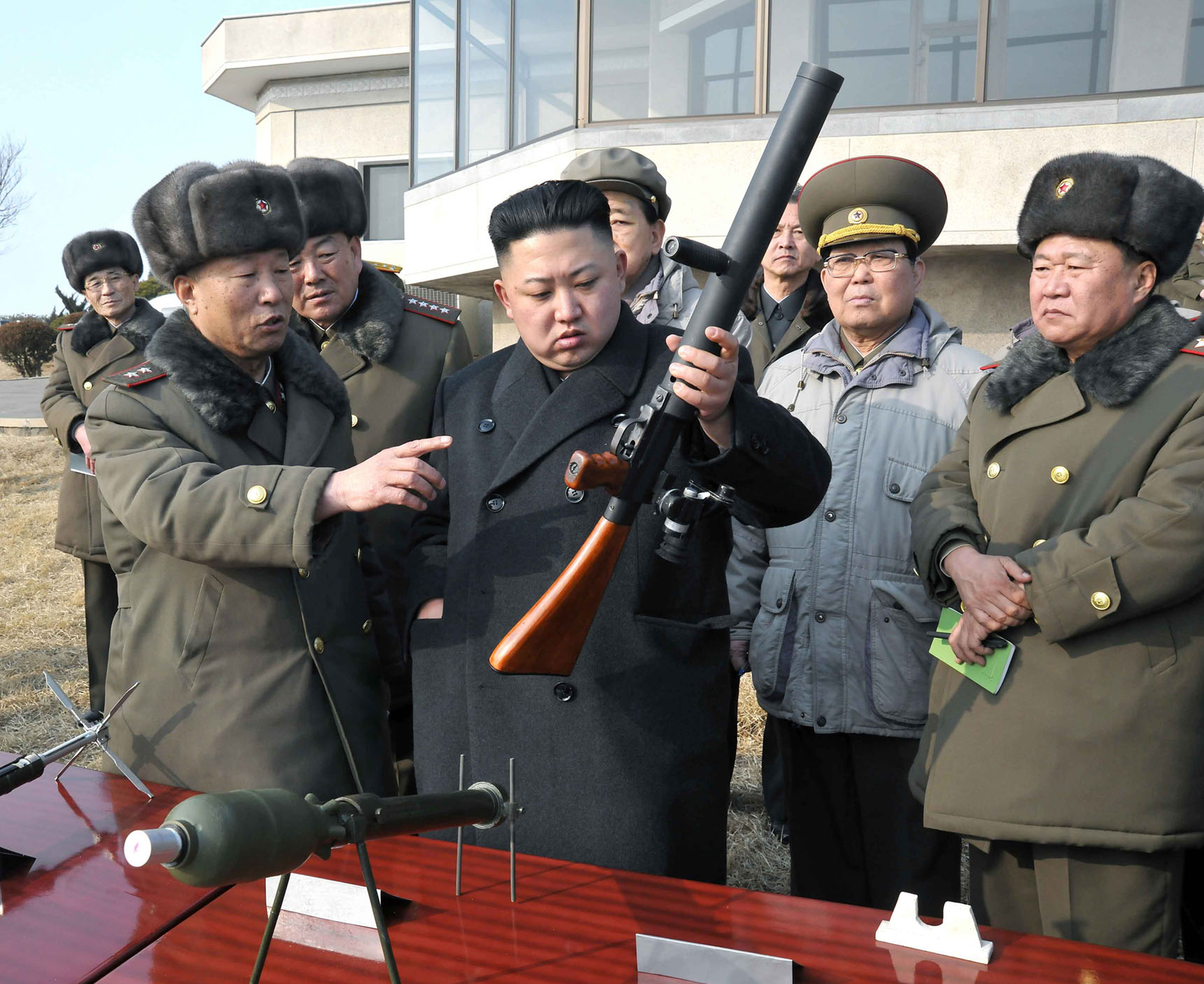 They are worrying traits the tyrant carried into adulthood when he finally took over as the new 'Glorious Leader' of North Korea.

Ruling Kim Jong-il favoured Kim over his older brothers because he was deemed he had what was needed to run the rogue state.

The gardens of his home were filled with cages containing monkeys and bears just for his entertainment.

A personal chef was hired to be his friend and the young Kim would don military gear to boss adults around.

Rumours circulated that he was so handy with a gun that he could hit a lightbulb from 100 metres.

Stories about Kim's pampered lifestyle as a child have re-emerged after it was reported he may have died.

Other unconfirmed reports say he collapsed clutching his chest and is now in a "vegetative state." 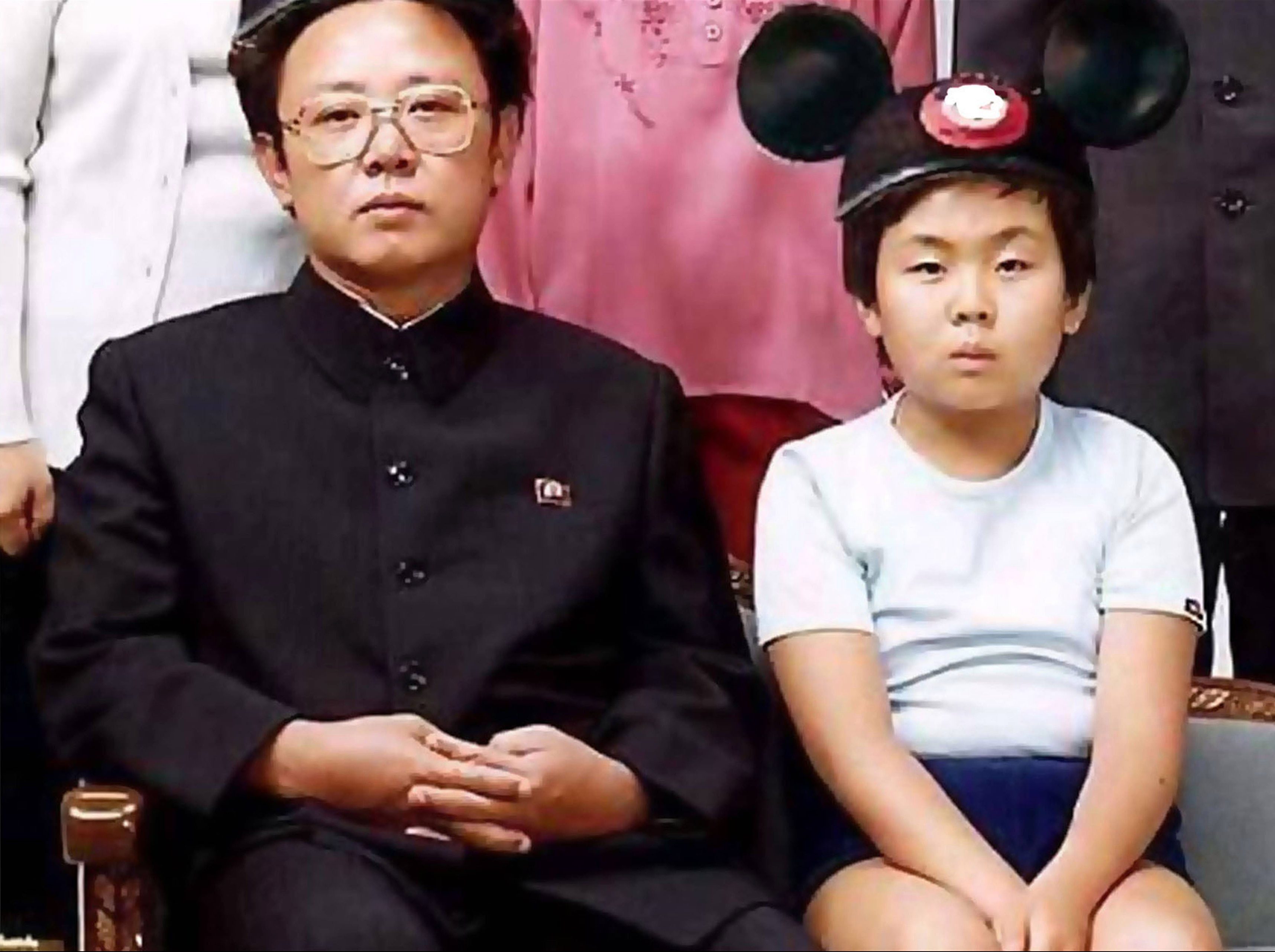 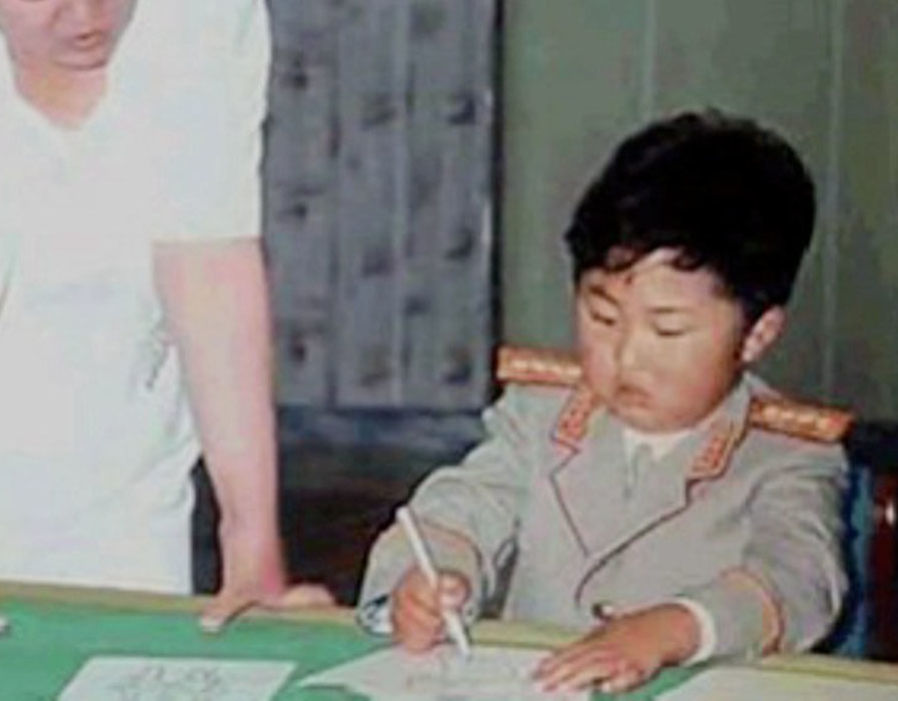 Separate claims say he is hiding out at his holiday home in Wonsan after fleeing Pyongyang when his advisors contracted coronavirus.

Kim spent his early years alone at the family's luxury beach home and in their luxury compounds in Pyongyang.

He was spoilt with his own flash motor at the age of seven and was even given a Colt .45 pistol aged 11 which he wore on his hip, journalist Anna Fifield revealed.

In her biography of the North Korean leader –  'The Great Successor: The Secret Rise And Rule of Kim Jong Un' – she wrote that his father had the car modified to enable the seven-year-old to be able to drive it.

Ms Fifield said that from a very young age, Kim was groomed for leadership, adding: “The boy grew up thinking he was special."

His eighth birthday party was not attended by other kids, but involved Kim being dressed in a black suit and having high level North Korean officials offering him bouquets of flowers.

The book claimed in one bizarre incident, he shunned a Japanese chef just because he was not from North Korea. 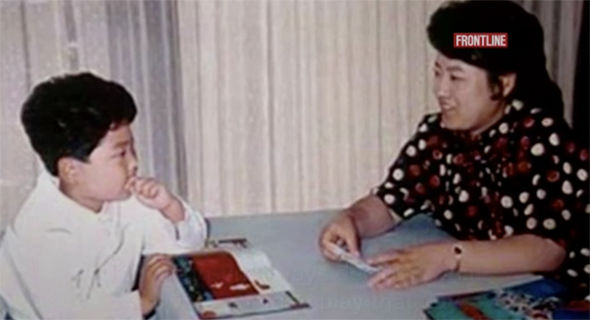 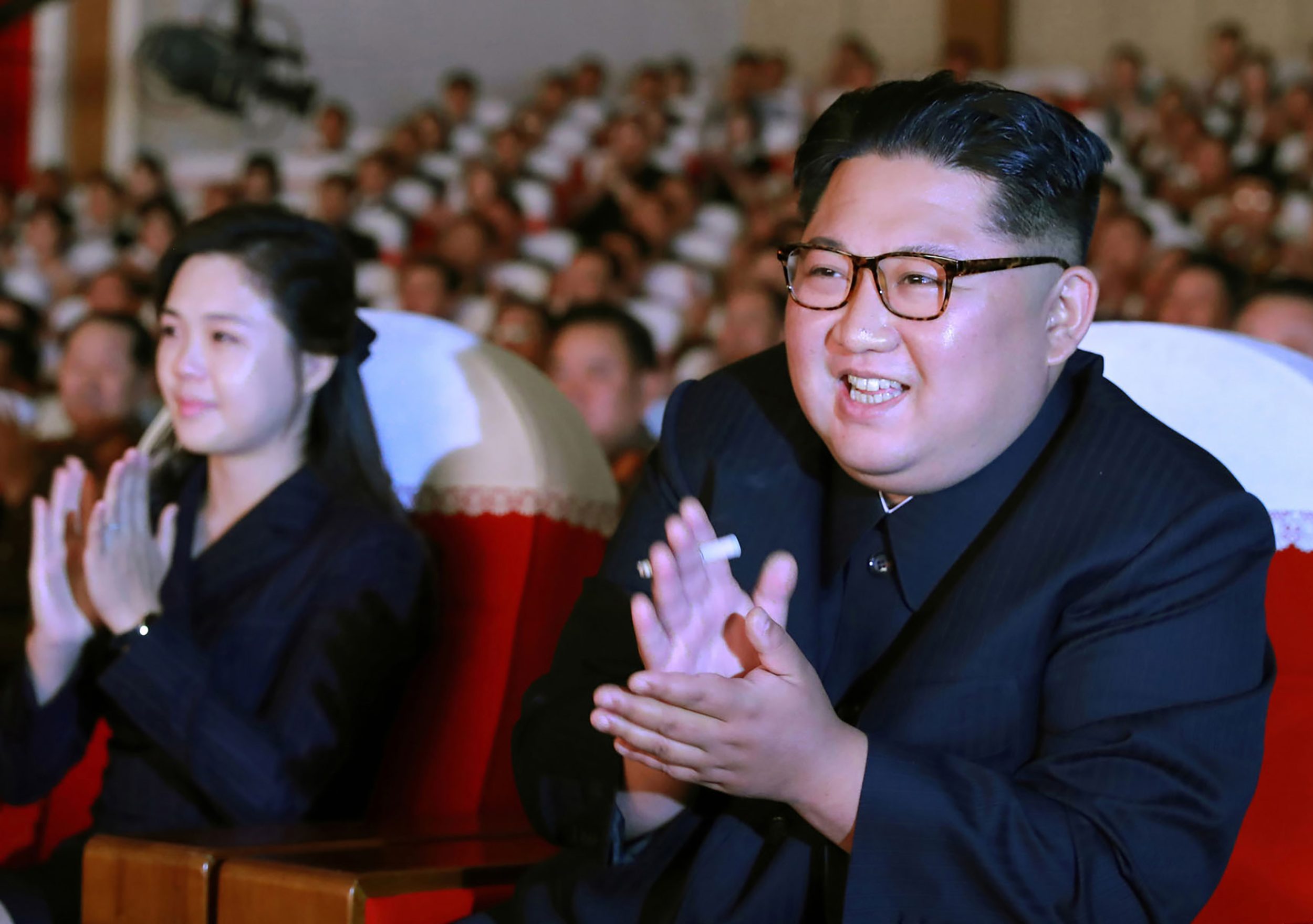 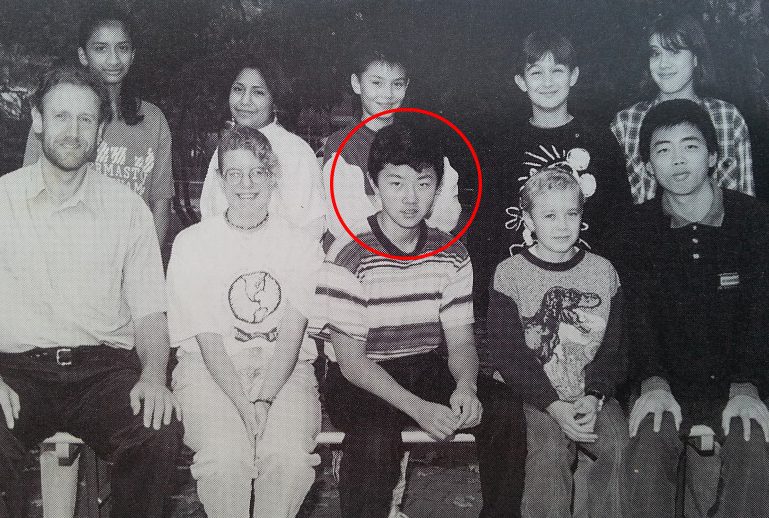 Kenji Fujimoto met the future dictator, who was wearing a military uniform despite only being aged six, claiming Kim refused to shake his hand while glaring at him with "sharp eyes".

The chef believed the child was thinking "you abhorrent Japanese" judging by the look he gave him.

However, Ms Fifield  said it was young Kim's arrogant personality which won his father's favour and set him apart from his other two brothers – half-sibling Kim Jong-nam, a rebellious playboy, and Kim Jong-chol an introvert.

Kim was sent to live in Switzerland when he was 12, with a "pudding bowl haircut", where he attended the Liebefeld Steinhölzli school – an English language institute near the city of Bern.

He was given a fake name, Pak-un, and lived with his maternal aunt Ko Yong-suk and her husband – who pretended to be his parents. 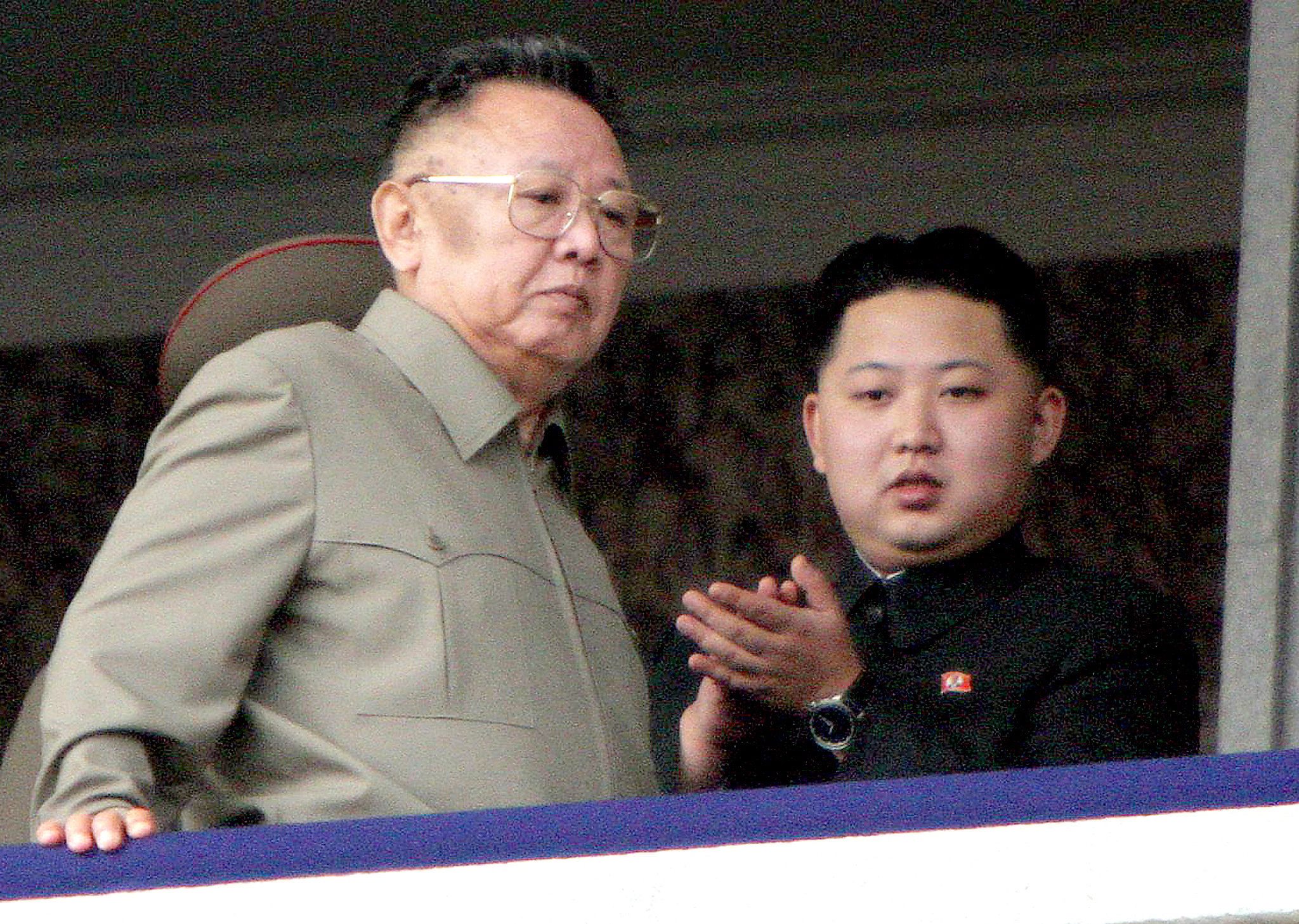 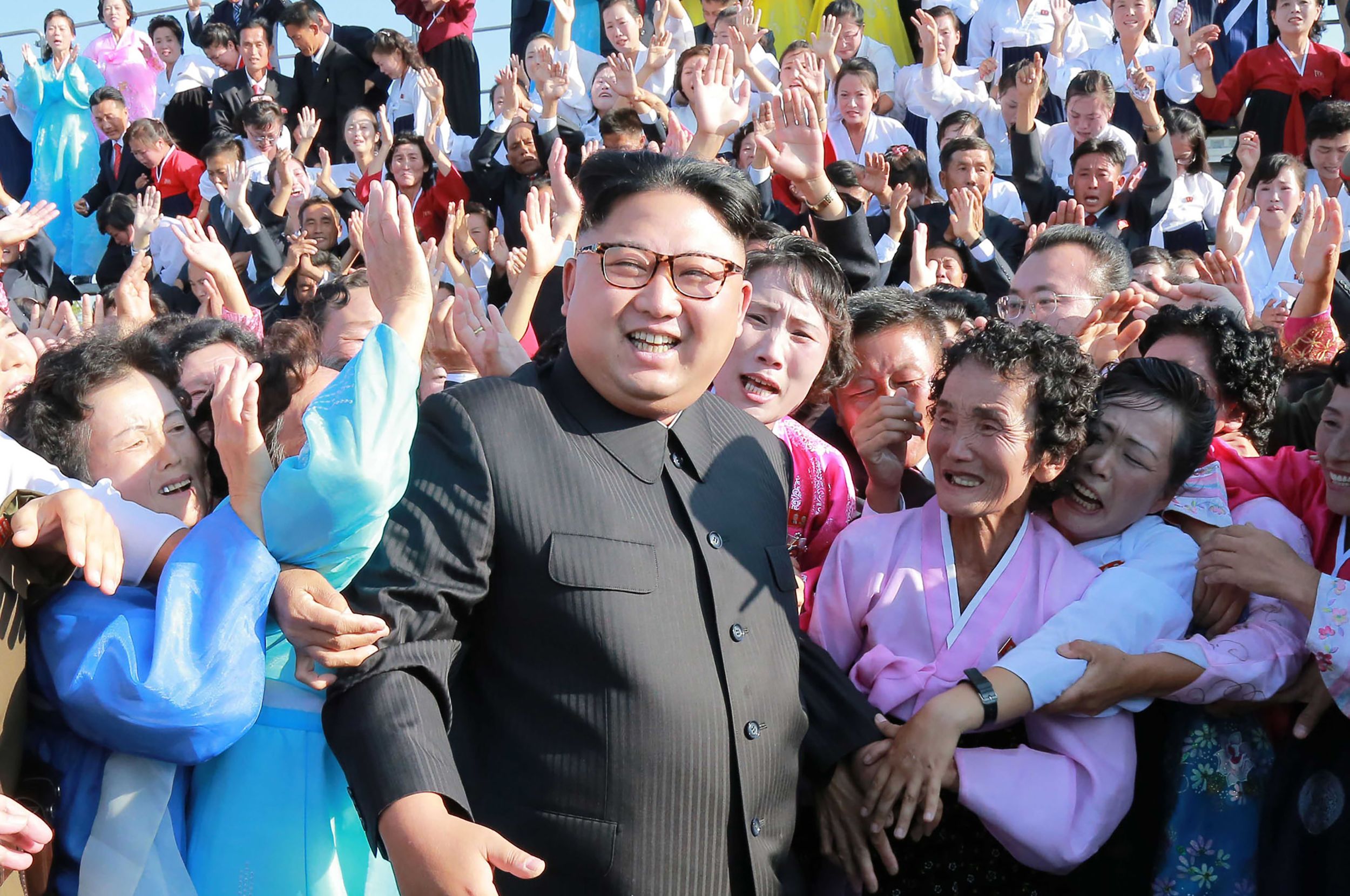 The dictator struggled academically, was competitive and had a bad temper, the book claims.

He would kick other students in the shins and spit at them when they spoke German – a language he struggled with.

And the future mass despot's ruthless side really emerged when he was on the basketball court.

The teen Kim would play in a Chicago Bulls jersey while trash talking at opponents, Ms Fifield revealed.

He used a fake Brazilian passport to travel around Europe while enjoying holidays in Italy, the south of France and visiting Euro Disney in Paris.

In the book, Ms Fifield revealed that half-brother Jong-nam had worked as an informant for the CIA before he was assassinated.

He died after being smeared in the face with VX nerve agent as he waiting for a flight at Kuala Lumpur airport in Malaysia.

Ms Fifield claimed in her new book that Kim Jong-un viewed his half-brother as a potential threat, especially after he started meeting with CIA agents.

She wrote: "Kim Jong-nam became an informant for the CIA, an agency with a track record of trying to bring down dictators it didn't like." 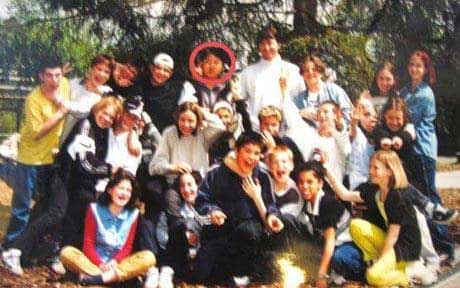