Insect populations around the world are in flux, with land-based bugs seeing a dramatic decline over 30 years – whereas their water-based cousins are thriving.

A team of scientists from around the world made their findings by analysing 166 long-term survey of insects from 1,676 sites worldwide.

They used their data to track populations of insects going as far back as 1925 and found expanding towns could be blamed for the decline in land-dwelling bugs.

In contrast, the increase by more than a third in populations of water-based insects could be down to environmentally friendly water policies protecting habitats. 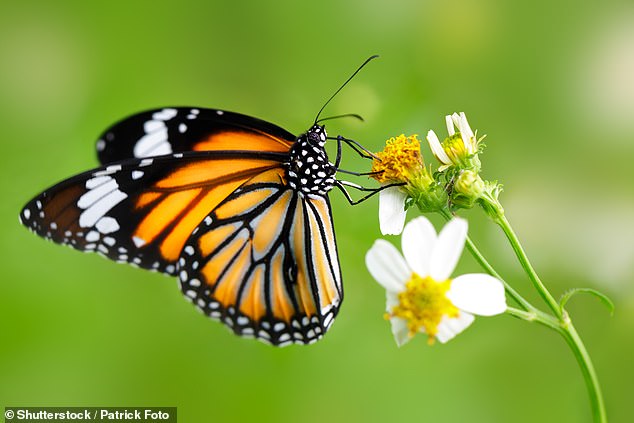 Insect populations around the world are in flux, with land-based bugs such as the butterfly seeing a dramatic decline over 30 years 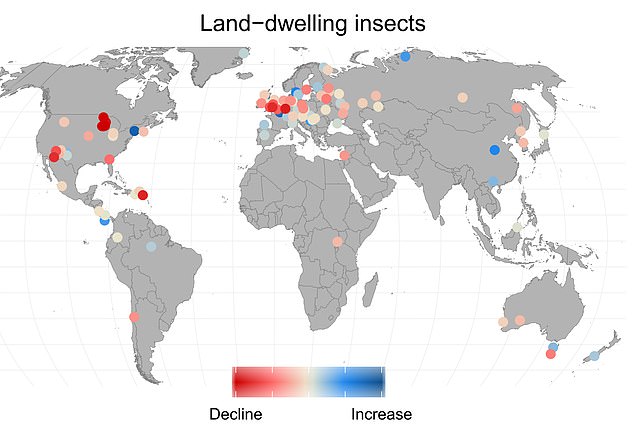 A team of scientists from around the world made their findings by studying 166 long-term surveys of insects from 1,676 sites worldwide. This graphic shows that in most of the world land-based insects are in decline

The massive study found that, while numbers of insects varied wildly from place to place – even among nearby sites, global averages showed significant drops.

Lead author Dr Roel van Kink, from the German Centre for Integrative Biodiversit Research, said butterflies, grasshoppers and other land insects had declined by 0.92 per cent per year for the past 75 years.

‘Insect declines happen in a quiet way and we don’t take notice from one year to the next,’ the insect specialist added.

‘It’s like going back to the place where you grew up. It’s only because you haven’t been there for years that you suddenly realise how much has changed, and all too often not for the better.’ 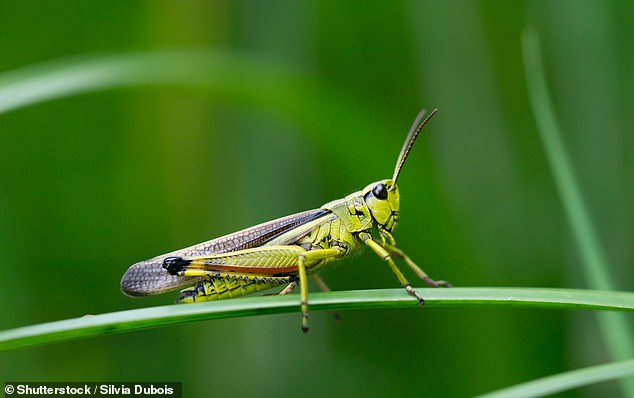 The researchers used the surveys’ data to track populations of insects going as far back as 1925 and found expanding towns could be blamed for the decline in land-dwelling bugs. Insects like the grasshopper (pictured) are struggling for survival 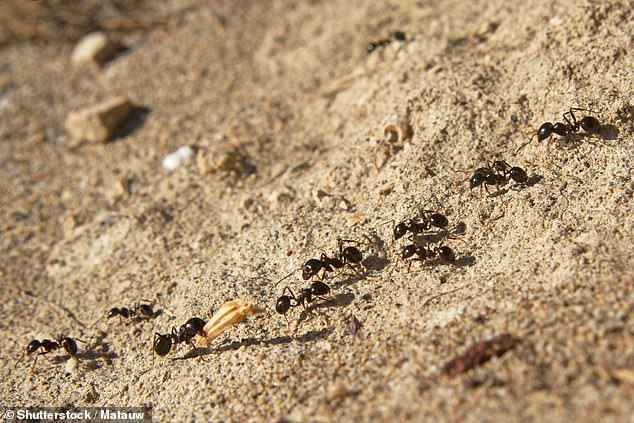 The massive study found that, while numbers of insects varied wildly from place to place – even among nearby sites, global averages showed significant drops. Ants were also among those found to be in global decline

The researchers claim their findings confirm the so-called ‘windscreen phenomenon’ – that fewer bugs get splatted on their windscreens than 30 or 40 years ago.

Professor Jonathan Chase, from iDiv, another author on the paper, said: ‘Many insects can fly, and it’s those that get smashed by car windshields.

‘Our analysis shows that flying insects have indeed decreased on average. However, the majority of insects are less conspicuous and live out of sight – in the soil, in tree canopies or in the water.’

The study, which has been published in the journal Science, also revealed there are fewer insects living in the grass and on the ground today than in the past.

The number living in tree canopies has, on average, stayed roughly the same.

Declines were strongest in some parts of the US and in Europe, which saw its biggest drops year on year since 2005, particularly in Germany.

Meanwhile, studies of insects that live part of their lives under water, like midges and mayflies, showed an average increase of 1.08 per cent each year.

That works out at a 38 per cent leap over 30 years for water-based insects.

The researchers say the trend is promising evidence that it’s not too late to reverse man-made effects on bugs.

‘These numbers show that we can reverse these negative trends. Over the past 50 years, several measures have been taken to clean up our polluted rivers and lakes in many places across the world,’ said Chase.

‘This may have allowed the recovery of many freshwater insect populations. It makes us hopeful that we can reverse the trend for populations that are currently declining.’ 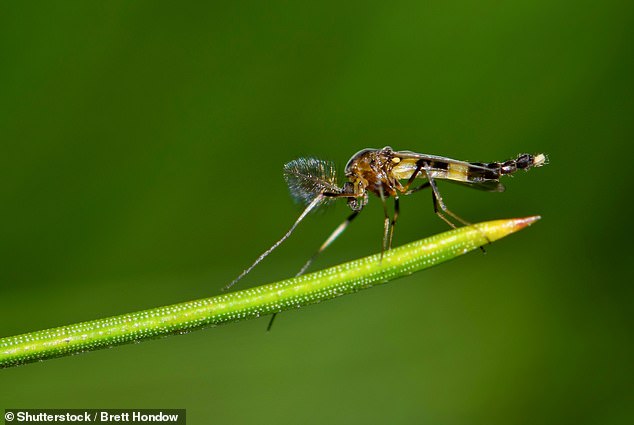 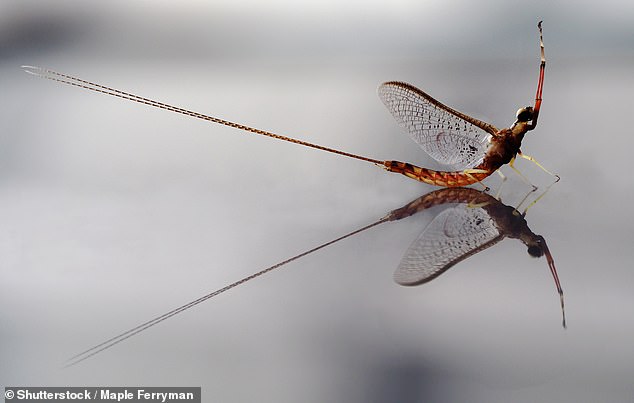 Meanwhile, studies of insects that live part of their lives under water, like midges and mayflies, showed an average increase of 1.08 per cent each year 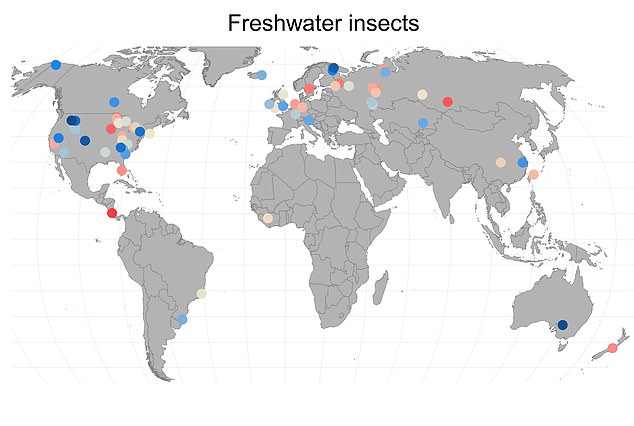 ‘Insect populations are like logs of wood that are pushed under water. They want to come up, while we keep pushing them further down. But we can reduce the pressure so they can rise again,’ Kink said.

‘The freshwater insects have shown us this is possible. It’s just not always easy to identify the causes of declines, and thus the most effective measures to reverse them. And these may also differ between locations.’

Ann Swengel, co-author of the study, has spent the last 34 years studying butterfly populations across hundreds of sites in Wisconsin and nearby states in the US.

She said ‘We’ve seen so much decline, including on many protected sites. But we’ve also observed some sites where butterflies are continuing to do well.

‘It takes lots of years and lots of data to understand both the failures and the successes, species by species and site by site.

‘A lot is beyond the control of any one person, but the choices we each make in each individual site really do matter.’

The research has been published in the journal Science.

The world has experienced five mass extinctions over the course of its history, and experts claim we are seeing another one happen right now.

A 2017 research paper claimed a ‘biological annihilation’ of wildlife in recent decades has triggered the sixth mass extinction and says the planet is heading towards a ‘global crisis’.

Scientists warn humanity’s voracious consumption and wanton destruction is to blame for the event, which is the first major extinction since the dinosaurs.

Two species of vertebrate, animals with a backbone, have gone extinct every year, on average, for the past century.

Currently around 41 per cent of amphibian species and more than a quarter of mammals are threatened with extinction.

There are an estimated 8.7 million plant and animal species on our planet and about 86 per cent of land species and 91 per cent of sea species remain undiscovered.

The number of invertebrates at risk has also peaked.

Scientists predict insects may go extinct within 100 years as a result of crippling population decline.

The dawn of the mass extinction coincides with the onset of the Anthropocene – the geological age defined by human activity being the dominant influence on climate and the environment.