Little Mix’s new single, Heartbreak Anthem, was recorded so long ago that it featured Jesy Nelson’s vocals, but the song was rearranged once she quit.

The trio – Perrie Edwards, Jade Thirlwall and Leigh-Anne Pinnock – have teamed up with dance gods Galantis and David Guetta for the ultimate party bop that promises to lift your spirits – even if you’re going through a break-up.

Little Mix’s advice on dealing with a broken heart? ‘Hold no grudges’ and ‘don’t dwell’ on the pain.

Heartbreak Anthem is a huge moment in Little Mix history as it’s their first official release since Jesy announced she was leaving the group in December. However, the group began working on the song with Galantis and Guetta before the coronavirus pandemic so Jesy’s vocals were included in the arrangement.

Recalling the origins of the song, Galantis producer and songwriter Christian Karlsson, told Metro.co.uk: ‘Little Mix came in pretty early on but they’re so hardworking with their vocals, it was cool to see how they’re perfectionists. I like that, I’m one myself.

‘It was fun to watch them – every detail with the ad libs was very important to them.’

Revealing what had to be changed once Jesy left, Christian said: ‘Not lyrics but a little bit of arrangement and changing vocals and stuff. They’re so professional. They all sang it all, the whole thing. Every single part of the song was sung by all of them. Then they were deciding on, [who was doing what part]. 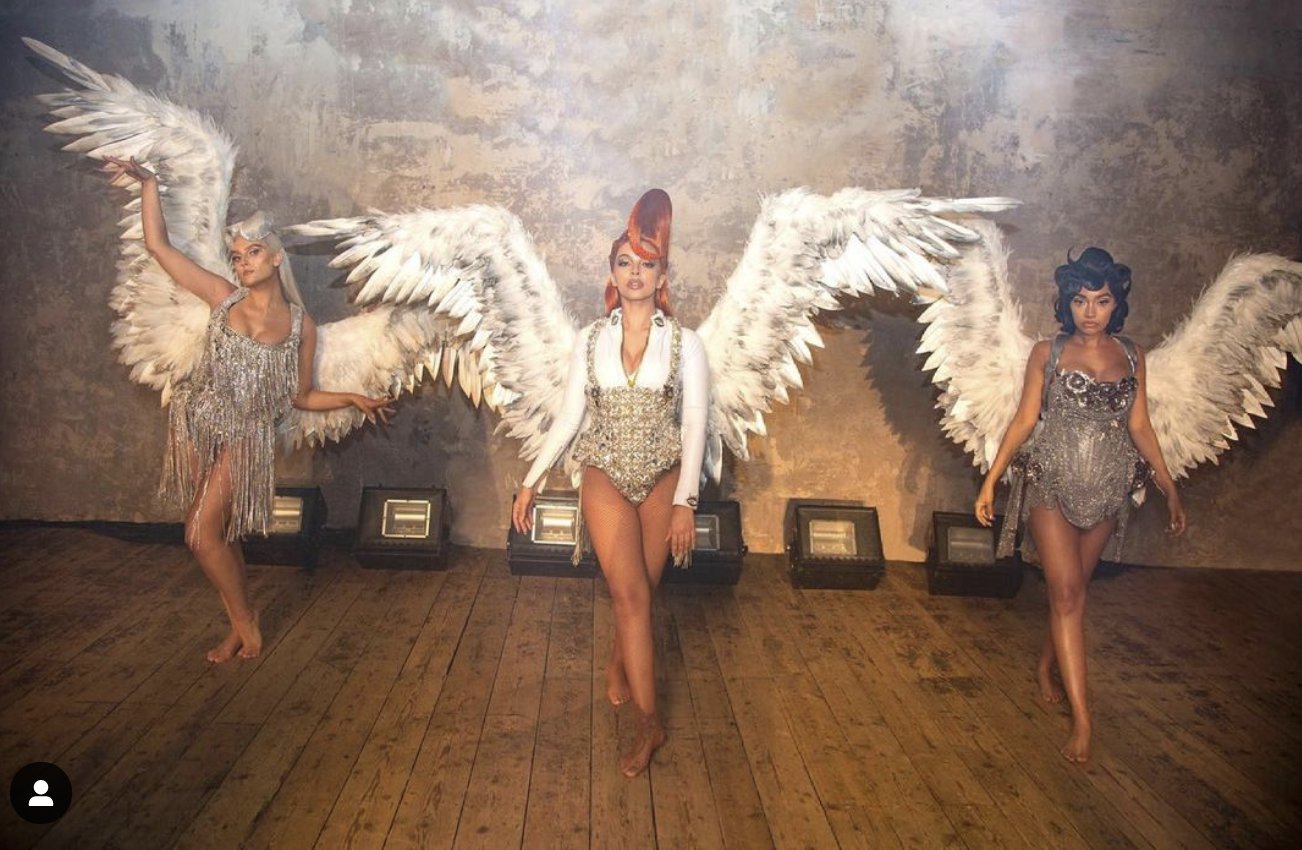 ‘It’s cool because usually that’s my job as a producer but they know what they want and how to get it there. For the vocals, I could sit back and just watch them do what they do. I’m happy I did because it came out amazing.’

Heartbreak Anthem is no ordinary break-up song with its upbeat, thumpy beat and that’s exactly the vibe Christian was going for.

‘I keep feeling like there’s too many songs about love and too many downers about it,’ he admitted. ‘I do dance music and I don’t want to do downers, not for the dance floor anyway. But people want to talk about love and sing about love, so this is like an upper talking about how love can go wrong and [people] split up.’

With many heartbreak songs geared at women, Christian thinks it’s about time men had something to cry along – or dance – to as well.

‘Absolutely, I don’t think there should be any difference there. Maybe men need it more because they’re hiding it and maybe get heartbroken even more,’ he laughed.

Little Mix are going through a new chapter at the moment with Perrie and Leigh-Anne currently pregnant with their first children.

Christian knows all about parenthood as Galantis has just released a single, The Best, featuring vocals from his own daughter.

He said: ‘I just did my first collaboration with my daughter… The Best features my seven-year-old daughter singing. So maybe that’s what they’re going to do when you have an entertainer or musician as your mum.

‘I never pushed my daughter to be into music but she just loves music so much like her mum.’

Little Mix are heading out on tour in 2022 to perform their most recent album, Confetti.

Will Christian join them for Heartbreak Anthem? ‘We’ll see, it’d be good,’ he teased.

If you’ve got a celebrity story, video or pictures get in touch with the Metro.co.uk entertainment team by emailing us [email protected], calling 020 3615 2145 or by visiting our Submit Stuff page we’d love to hear from you.