The team, from the University of Illinois at Urbana-Champaign and Washington University in St. Louis, created a revolutionary electronic membrane in 2014 to fit over a heart to keep it beating regularly over an indefinite period of time. Researchers used computer modelling technology and a 3D printer to create a prototype and fit it to a rabbit’s heart, keeping the organ operating perfectly “outside of the body in a nutrient and oxygen-rich solution”. But now, six years on, biomedical engineer Igor Efimov, of Washington University, who helped design the device, says the technology is one step closer to becoming a reality for humans.

He told Express.co.uk: “We have made significant progress in developing several new approaches to organ conformal electronics.

“There are several patents published and several papers in review now and one in Nature Biomedical Engineering is particularly relevant to this technology.

“I hope it will be accepted soon.

“We are also working on translating this technology to clinic.” 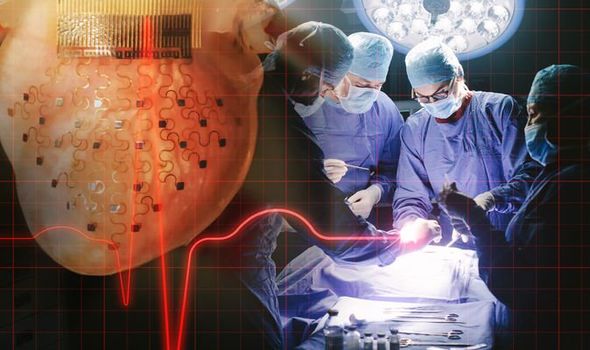 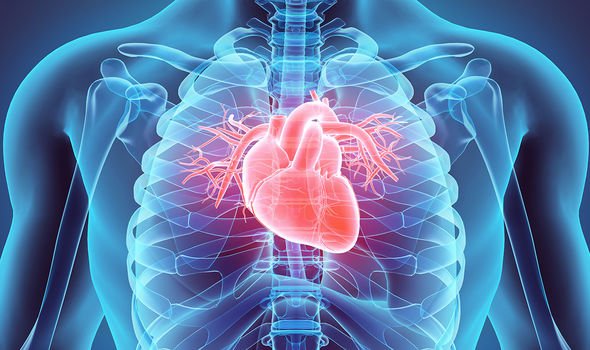 On average, it takes between 85 and 150 days for a study to be peer-reviewed in the journal Nature, but it could take longer due to the complexity of the proposals.

Then, the device will need to be scaled-up, manufactured and tested before it will be seen in hospitals, meaning it could still be a few years away.

The device will use a “spider-web-like network of sensors and electrodes” to continuously monitor the heart’s electrical activity and they hope it could deliver electrical shocks to maintain a healthy heart-rate in future.

High-resolution imaging technology will be used to allow the custom-made elastic membrane to “snugly” fit over the heart, unlike current pacemakers and implantable defibrillators.

It will help restart the heart in the event of a heart attack, or other serious cardiac events. 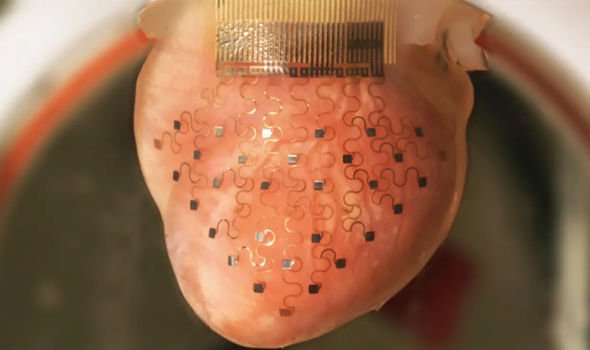 Professor Effimov revealed in 2014: “When it senses such a catastrophic event as a heart attack or arrhythmia, it can also apply a high definition therapy.

“It can apply stimuli, electrical stimuli, from different locations on the device in an optimal fashion to stop this arrhythmia and prevent sudden cardiac death.”

The idea is not the first of its kind, “cardiac socks” of similar design have been around since the Eighties, but these have often been made of fabric sleeves with electrodes sewn into place.

This makes keeping the sensors in full contact with the heart extremely difficult.

But, an innovation in the idea of using stretchable electronics was developed by John Rogers, a materials scientist from the University of Illinois. 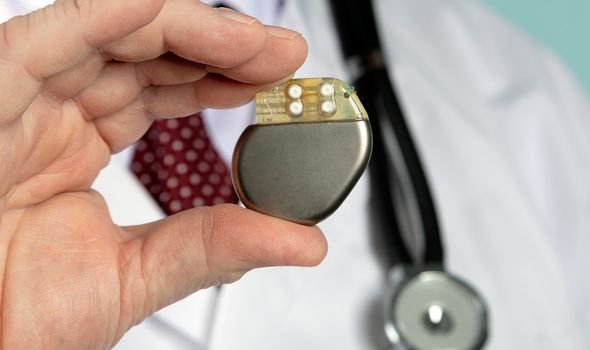 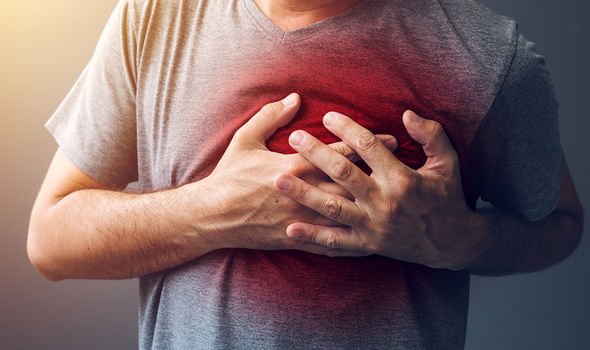 He pioneered a silicon design that would allow the circuits to be laid out in a curved, s-shaped design, so they can stretch and bend around the heart.

Dr Rogers himself compared this sleeve to the heart’s own membrane – the pericardium.

He said in 2014: “This artificial pericardium is instrumented with high quality, man-made devices that can sense and interact with the heart in different ways that are relevant to clinical cardiology.”

Until now the device has been used as a research tool to allow scientists to study the heart in greater depth, but if the studies are accepted, the device could be used in human trials in the next few years.