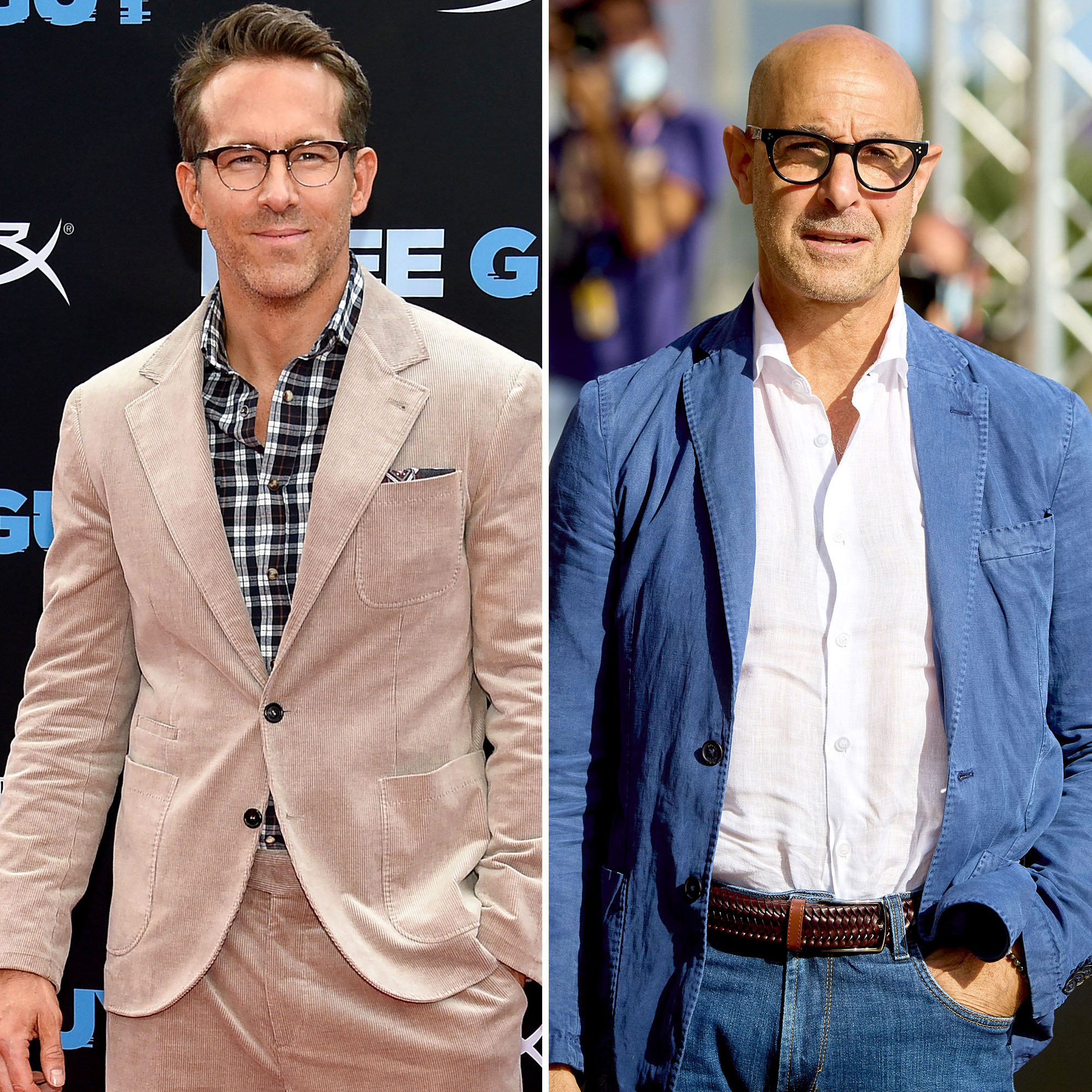 Saying what everyone is thinking. Ryan Reynolds complimented Stanley Tucci after the Search for Italy host showed off his cooking skills on social media.

“Dear god, you are a SNACK,” the Free Guy actor, 44 commented on Sunday, October 3, via Instagram.

The video that elicited Reynolds’ response was a simple clip of Tucci, 60, making pasta. “11pm marinara and left over pasta. As promised,” he captioned the short video.

The Devil Wears Prada star didn’t simply throw his leftovers in the microwave like the average Joe. Dressed in a white shirt, tie and apron, Tucci used the stove and a skillet to bring his meal to life with professional flair.

Cooking has long been a passion for Tucci, who will release his food-influenced memoir, Taste: My Life Through Food, on Tuesday, October 5. Even before he went viral with his home cocktail and culinary videos during the pandemic, he was publishing recipes, starting with 2012’s The Tucci Cookbook.

Reynolds may have even had the opportunity to try Tucci’s cooking. Reynolds’ Green Lantern costar revealed he loves to make food for his colleagues.

“I cooked for Colin [Firth] when I did Supernova. We’ve been friends for a long time so we’re in each other’s kitchens,” Tucci told the Associated Press in February. “His wife is a wonderful cook. I love to do it. I like to eat what I like to eat. I don’t want to go and eat some hamburger some place in the middle of nowhere. I’d rather take the time and put in the effort to make myself something good.”

Unfortunately, his private health struggles affected his love for food. Tucci revealed in September that he battled cancer three years ago. A tumor was found on his tongue, and he had to undergo radiation and chemotherapy. He revealed earlier this month that the treatment altered his sense of taste while he was in Italy filming his six-part CNN series about food, Stanley Tucci: The Search for Italy.

“I mean, if you can’t eat and enjoy food, how are you going to enjoy everything else?” he told the New York Times in a Saturday, October 2, interview.

Firth told the paper that Tucci’s risotto Milanese was absolutely amazing, but the actor’s cancer recovery left Tucci believing it was inedible.

Celebrity BFFs Through the Years: Photos

“He simply wasn’t tasting what we were,” Firth recalled. “One was left to imagine how distressing this was because most of the time he put on a very brave and matter-of-fact face.”

Still, a lack of taste didn’t end Tucci’s passion. The Lovely Bones star admitted that he still watched cooking shows, even when he lost his appetite and couldn’t taste properly.

Tucci has noted that his cancer is unlikely to recur, and it’s clear that nothing can stop his love for good food.