Coronavirus is ‘the crime of the century’: Former US ambassador to Japan

Bill Hagerty, who is the former U.S. Ambassador to Japan and a Tennessee Senate candidate, (R), says China should be held accountable for costing thousands of lives and ruining the economy.

WEST MONROE, La. — A man was arrested in connection with a drive-by shooting at the Louisiana estate of “Duck Dynasty” star Willie Robertson.

Daniel King Jr. was booked into a correctional center after two homes in West Monroe were struck by gunfire on Friday afternoon, the Ouachita Parish Sheriff’s Office said in a Facebook post Saturday. No one was injured in the shooting, authorities said.

“It looks like they were just spraying bullets across my property.” Robertson told The News-Star. Both homes are part of the estate belonging to Robertson, one of the stars of the reality show about duck hunting that ran from 2012 to 2017.

Robertson said the family was “pretty shook up” after one of the eight to 10 bullets he said were fired at the residence went through the bedroom window of a home where his son John Luke Robertson lives with his wife and infant child.

Robertson said many family members have huddled at the estate during the coronavirus pandemic, including his daughter Sadie Robertson and her new husband. The newlywed was a contestant on the reality show “Dancing with the Stars” in 2014.

“Nobody was outside at the time, but everybody had been out about five minutes before,” Willie Robertson said. “I had just gone to the store when it happened.”

Deputies said other occupants were in the car with the suspect during the shooting. They have not released more information about additional suspects. 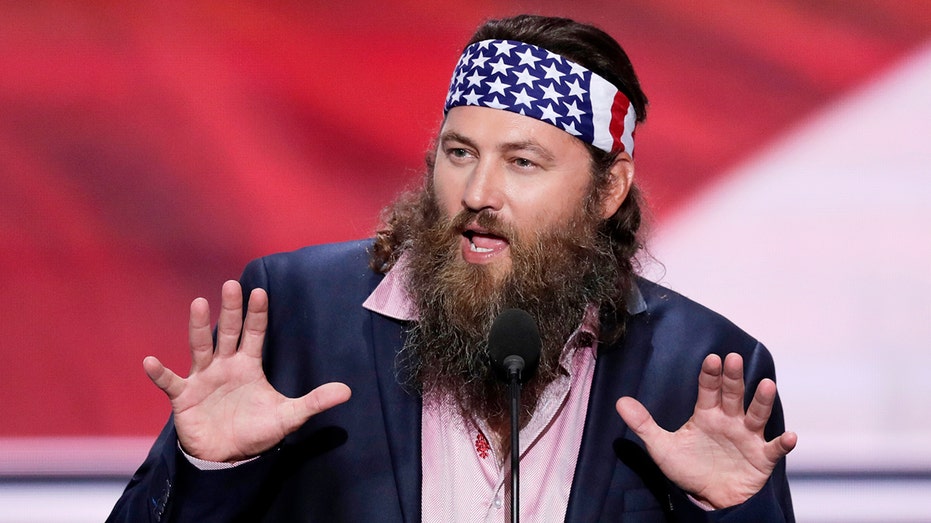 King was charged with aggravated assault. It was not immediately clear if he had a lawyer who could comment on his behalf.

Willie Robertson is the CEO of Duck Commander, the multimillion-dollar duck call and decoy enterprise that inspired the A&E show, which shone a spotlight on the small north Louisiana town. Despite controversy over family patriarch Phil Robertson's comments equating gay people with hell-bound sinners, state officials lauded the show for its importance to tourism.

TAYLOR SWIFT DOESN'T WANT YOU TO BUY HER NEW ALBUM