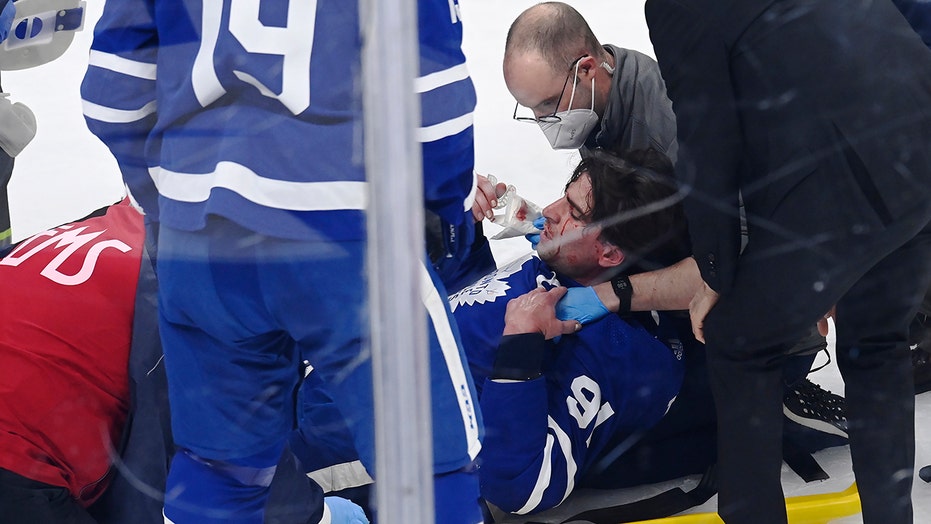 Toronto Maple Leafs captain John Tavares had to be taken off the ice in a stretcher during Game 1 of their first-round playoff matchup against the Montreal Canadiens on Thursday night after what appeared to be an incidental collision with Corey Perry.

With less than 10 minutes to go in the period, Tavares fell to the ice after he was hit by the Canadiens’ Ben Chiarot at the blue line. As he was falling, Perry’s knee made contact with Tavares’ head while attempting to exit the zone, and his head snapped back and he laid face down on the ice.

A trainer from the Maple Leafs attended to Tavares on the ice. The 30-year-old star attempting to get up from the ice, but immediately collapsed backward and more trainers and other players ran to his side to assist him.

Tavares stayed down for several more minutes before the stretcher came out. Tavares gave a thumbs up signaling that he was okay as he was being carried out of the arena as the rest of his Maple Leafs’ teammates came over to show their support.

Tavares had 50 points on 19 goals and 31 assists during the shortened, 56-game season. Tavares was playing his 907th NHL game, the first 693 of which were with the New York Islanders.

The Maple Leafs and Canadiens are facing off in a playoff series for the first time since 1979.