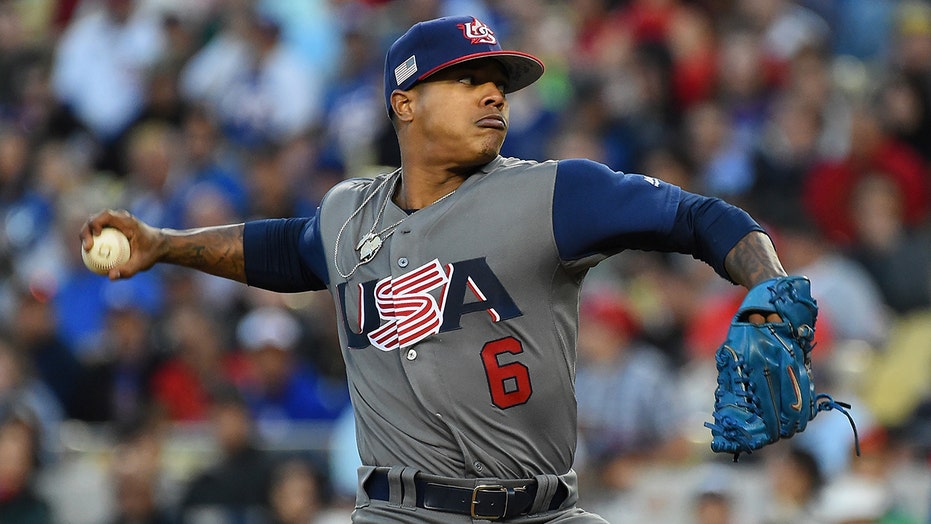 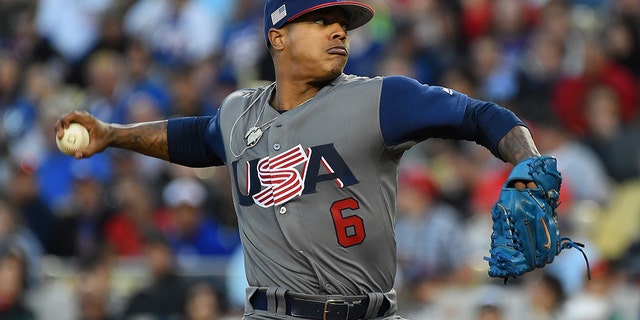 Marcus Stroman of the United States pitches in the second inning against Puerto Rico during Game 3 of the Championship Round of the 2017 World Baseball Classic at Dodger Stadium on March 22, 2017, in Los Angeles, Calif. (Photo by Jayne Kamin-Oncea/Getty Images)

With baseball back in the Olympics for the first time since 2008, Stroman didn’t get a chance to represent the U.S. during the Games because he pitches for the Mets during the regular season. This year’s team is made up of free agents and minor- league players.

“I’ve definitely thought about it, especially when playing with Team USA. I think any opportunity to represent the US on such a big stage is an honor and a privilege. I’ll have to cross that bridge if that opportunity ever presents itself,” he said.

He added: “I’m really happy to see baseball back in the Olympic program. It’s great to see some of these ballplayers have the chance to compete on the world’s stage for a gold medal. I think Team USA will be a force to be reckoned with, and I’ll definitely try and catch as many games as I can.”

Last week, Stroman joined Therabody as an ambassador and investor.

He told Fox News he’s been using some of its products for a few years to help him recover.

“I’ve actually been using Theragun for years now, and it’s always been one of my secret weapons for recovery. It is an integral part of my routine, and I always go back to it because it works. Whether it be pre- or post-workout, it’s great for both activation and recovery,” Stroman said. “Theragun is the perfect device for getting your body ready to rock, and it’s something that I’ll continue to use for the rest of my career, and after.”

As of Tuesday, Stroman has started a major-league-leading 22 games. He’s recorded a 2.80 ERA and 101 strikeouts. He said using the Theragun and RecoveryAir helps his muscles recover efficiently and effectively.

“I’m usually pretty sore and tired coming out of a game, but if you hit that Theragun routine right after, it makes you feel better going into practice the next day,” he said. “My favorite spot on my body to use Theragun would probably be my entire arm, including the forearm, the bicep and the tricep. As a pitcher, my arm is my job, so I need to make sure that it’s in a position to succeed each and every time I’m on the mound. So with my Theragun, I’m making sure I hit each part of my arm to ensure I’m ready to go. RecoveryAir is the best at the end of the day when I am just relaxing at home.”

Stroman and the Mets have a slight advantage in the National League East division, up two and a half games on the Phillies before New York’s game against the Marlins Tuesday. The Mets have not won the division since 2015 and have not made the playoffs since 2016.

The 2019 All-Star said he and his teammates have the same goal.

“We just have to keep playing our style of baseball. We all have the same goal in mind, and that’s to close out the season on top of the NL East and compete for a championship. It’s going to take a lot of hustle and grind, but this group of guys can do it, I have no doubt,” Stroman said.