MARCUS WAREING: It’s time we stamped on this culture of chucking out food – it’s been allowed to fester for far too long

When I was growing up during the 1970s and 1980s in Southport, Lancashire, food waste was simply not allowed.

My father, a fruit and potato merchant, could not fathom the notion of throwing out perfectly good food. My mother, a proud housewife, would buy a week’s shopping in advance to make sure nothing went to waste.

It seems almost unthinkable now, but as a country we had a very different attitude to food. We respected it. We understood its value.

In so many ways our society and standard of living has come on in leaps and bounds since then – but our relationship with food has undoubtedly changed for the worse.

These days we are bombarded with confusing labels on potatoes, carrots, milk and cheese, all packaged up in horrible plastic. Inevitably many of us end up popping the bin lid as soon as anything goes past its ‘Best before’ date. 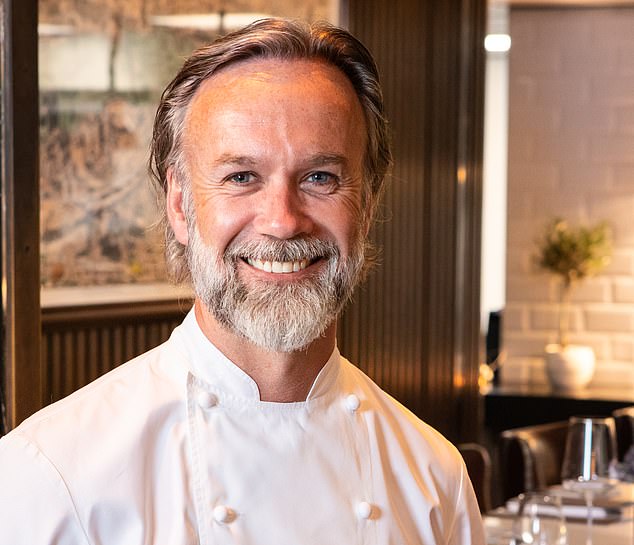 When I was growing up during the 1970s and 1980s in Southport, Lancashire, food waste was simply not allowed. My father, a fruit and potato merchant, could not fathom the notion of throwing out perfectly good food. My mother, a proud housewife, would buy a week’s shopping in advance to make sure nothing went to waste, says Marcus Wareing (above)

In that, and so many other ways, we seem to have lost touch with the traditional British loathing for waste, which many readers will remember well.

That is why The Mail on Sunday’s War On Food Waste campaign is such a brilliant initiative.

We cannot continue with a situation in which we bin six-and-a-half-million tons of good food every year. It is not only an environmental scandal, it is an appalling waste of money and part of our terribly modern throw-away culture.

In simple terms, changing how we treat food could leave hundreds more pounds in our pockets each year, while at the same time slashing carbon emissions that pollute the environment, as we are so often encouraged to do.

This is a subject I have always felt passionate about, and I can still remember vividly how upset it would make my father to have to throw out food. From the age of 11, I began working with him, packing potatoes and riding alongside him on deliveries. He had a warehouse full of potatoes and if he was worried that they would be affected by frost or were going rotten, we would go through the whole lot to make sure we saved the good ones.

Of course he had paid for the stock and wanted to be able sell it to his customers, but it went deeper than that. It pained him to see food – something so vital and which so many millions in less fortunate parts of the world are desperately without – discarded so unnecessarily. 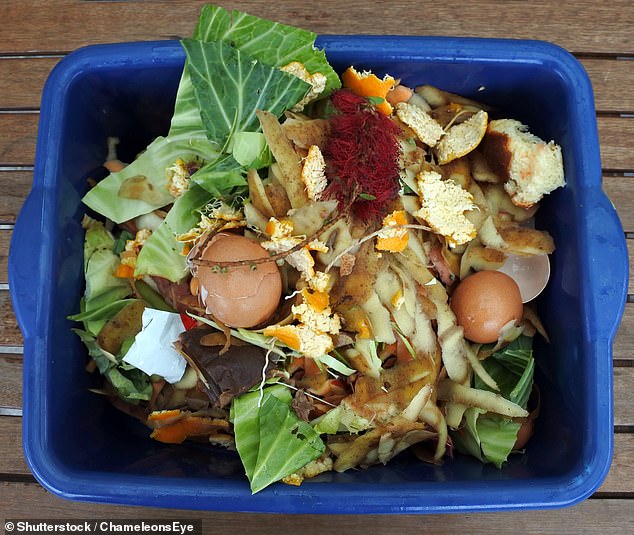 These days we are bombarded with confusing labels on potatoes, carrots, milk and cheese, all packaged up in horrible plastic. Inevitably many of us end up popping the bin lid as soon as anything goes past its ‘Best before’ date

It might shock today’s teenagers, but if my father had a rotten apple he would just cut out the nasty brown bits and eat the rest. I dread to think what he would make of the 150,000 tons of potatoes that British households glibly throw out each year now.

Like so many women of her generation, my mother loved her role as the family matriarch. When she was growing up, schools taught domestic science – how to prepare food, cook it and measure appropriate portion sizes.

As well as shopping just once a week, she would bake and freeze food such as pies. And, most importantly, she always prepared carefully for the week ahead. I was one of four kids, and my mother cooked every evening for six. Yet she instinctively knew the individual portion sizes – we never asked for more because it was enough.

As a chef I have used the approach to food that my parents instilled in me: nurture your produce, store it well and don’t throw things away.

When I started out in the industry, my seniors noticed that I’d check dates and rotate food in the fridge or store cupboard so the oldest items were used first.

It was second nature to me, yet other chefs were far less cautious. Ultimately my bosses realised I was saving money for the business, and I have no doubt it helped my career.

With supermarkets these days offering a huge array of deals on produce, we may no longer feel we have to plan exactly what we need before loading up our trolleys or baskets. It’s so easy to throw in bags of potatoes, carrots or apples without a second’s thought. 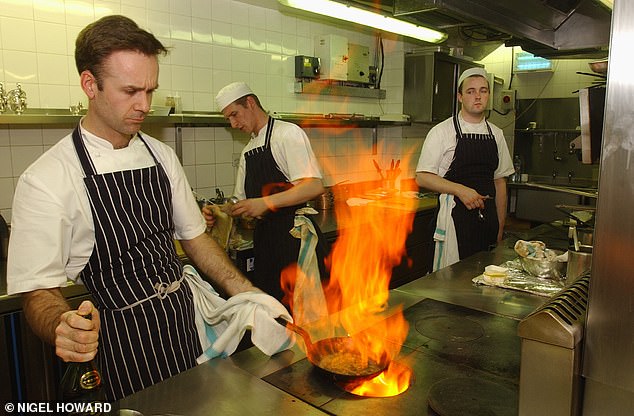 As a chef I have used the approach to food that my parents instilled in me: nurture your produce, store it well and don’t throw things away. When I started out in the industry, my seniors noticed that I’d check dates and rotate food in the fridge or store cupboard so the oldest items were used first. (Above left, a younger Mr Wareing at work)

Often we are so tempted by buy-one-get-one-free deals that we go along with them, thinking we are saving money. But how often do you get home from the shops and discover you already have something you just bought?

Next time, before you go shopping, ask yourself: what am I doing in the week ahead? And if you’re going to be eating at home, how many of you will there be?

I know it might sound like a lot of hassle, but checking what’s in your fridge and cupboards and planning a week’s worth of cooking need take only ten minutes. Just think how much time we spend watching TV or glued to our phones. Well, for the sake of a few moments away from a screen, you could plan a week’s meals and save yourself money and a heap of waste.

This past year has made us all think more carefully about waste, and I hope this might be one positive we take from the pandemic.

In my house, I was looking in the fridge and the store cupboard, thinking about what I could throw together – if you look hard enough, there is usually a meal right in front of you, but you just need to spend a bit of time on it. In fact, because of the way we were thinking about and looking at food, my wife Jane and I started putting together recipes for my next cook book (out later this year) which is very much focused on reducing food waste at home.

Don’t just rely on what the supermarkets tell you about your food, either. I never look at ‘Best before’ dates – though sticking to the later ‘Use by’ dates on meat and fish is good practice – but many people, especially the younger generations, are obsessed with them. My daughter, for example, won’t touch something if it’s just a day out.

Now, if something is two weeks out, then the food may very well be off. But for things such as fresh fruit, vegetables and dairy, the old-fashioned look and sniff tests will generally serve you much better than the ‘Best before’ label.

When I am working, I don’t allow anyone in the kitchen to throw out any produce. Everything has to be put to the side and is later checked to see whether it can be used or if it does indeed need to be binned.

Fortunately for my family, I don’t police this as much at home.

My wife knows how much I hate waste and she’s an expert in shopping for the right foods in the right quantities.

Of course, some food does have to be binned. For this, we have a small waste box in the kitchen to separate it from other rubbish.

It is disgraceful that some councils still don’t collect food waste. And it’s about time they all supplied free bags for these bins in the same way they hand out bags and bins for recycling.

But the food waste bin should still be your last resort.

Next time you throw out some food, first ask yourself this: how much am I throwing away in monetary terms?

I bet that after tallying up a week’s worth, that ten minutes of food planning won’t have seemed like such hard work.

If we all worry more about what food, and how much of it, we put on our plates, we won’t just be able to cut waste, we can also tackle the obesity crisis and improve the nation’s diet.

It is about time we changed our attitude and stamped out this wasteful culture that, to our shame, has been allowed to fester for far too long.