The blame is being pointed at easy access to adult films which are desensitising men so they are not aroused when engaging in intercourse themselves.

It found more than a third of men (35 per cent) are more stimulated by watching other people have sex on a screen than they are having it themselves. 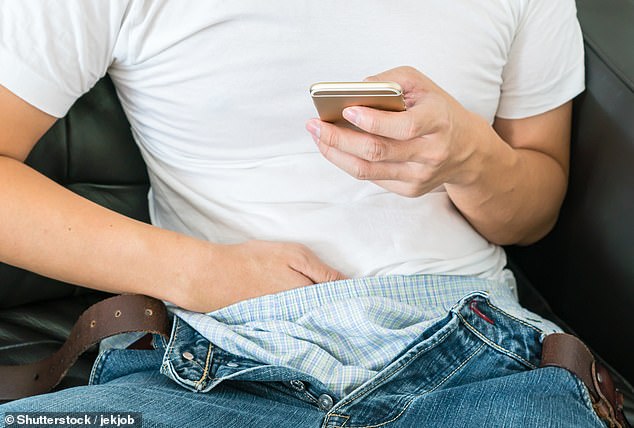 However, the frequency of bouts of self love is on the rise, they found.

Professor de Win does point out that some people watch less and some ‘much, much more’. than others.

One-in-forty-five respondents (2.2 per cent) watched more than seven hours a week, for example.

The study presented at an European Association of Urology virtual congress found almost one-in-four (23 per cent) of under-35s had some level of erectile dysfunction.

The researchers say this figure was higher than they had anticipated.

A separate 2016 study found that for under-40s the average amount of men struggling with erectile dysfunction is around 14 per cent.

Professor de Win, of the University of Antwerp, Belgium, said: ‘This figure was higher than we expected.’

Pornography has been increasingly available via the internet since around 2007 – leading to a rapid uptake in use.

US researchers from Microsoft  and the universities of Pennsylvania and Carnegie Mellon scanned 22,484 adult-themed site to find where they were sending user data.

Their analysis revealed that 93 per cent of these pornography websites send data on to an average of seven domains owned by third-party companies.

Researchers also found that only 17 per cent of the adult sites they scanned had any form of encryption — leaving user data on the rest vulnerable to leaking.

But there is little information on how it might affect erectile function, said Professor de Win.

His research focused on men who had had sex within the previous four weeks, enabling them to relate porn’s effect.

‘In the meantime, we believe that doctors dealing with erectile dysfunction should also be asking about watching pornography.’