MICHAEL ROBINSON has been mourned in Spain as the front pages of their newspapers paid touching tribute after his death from cancer aged 61.

A treble-winner at Liverpool, Robinson moved to Spain in 1987 and never moved back after falling in love with the country. 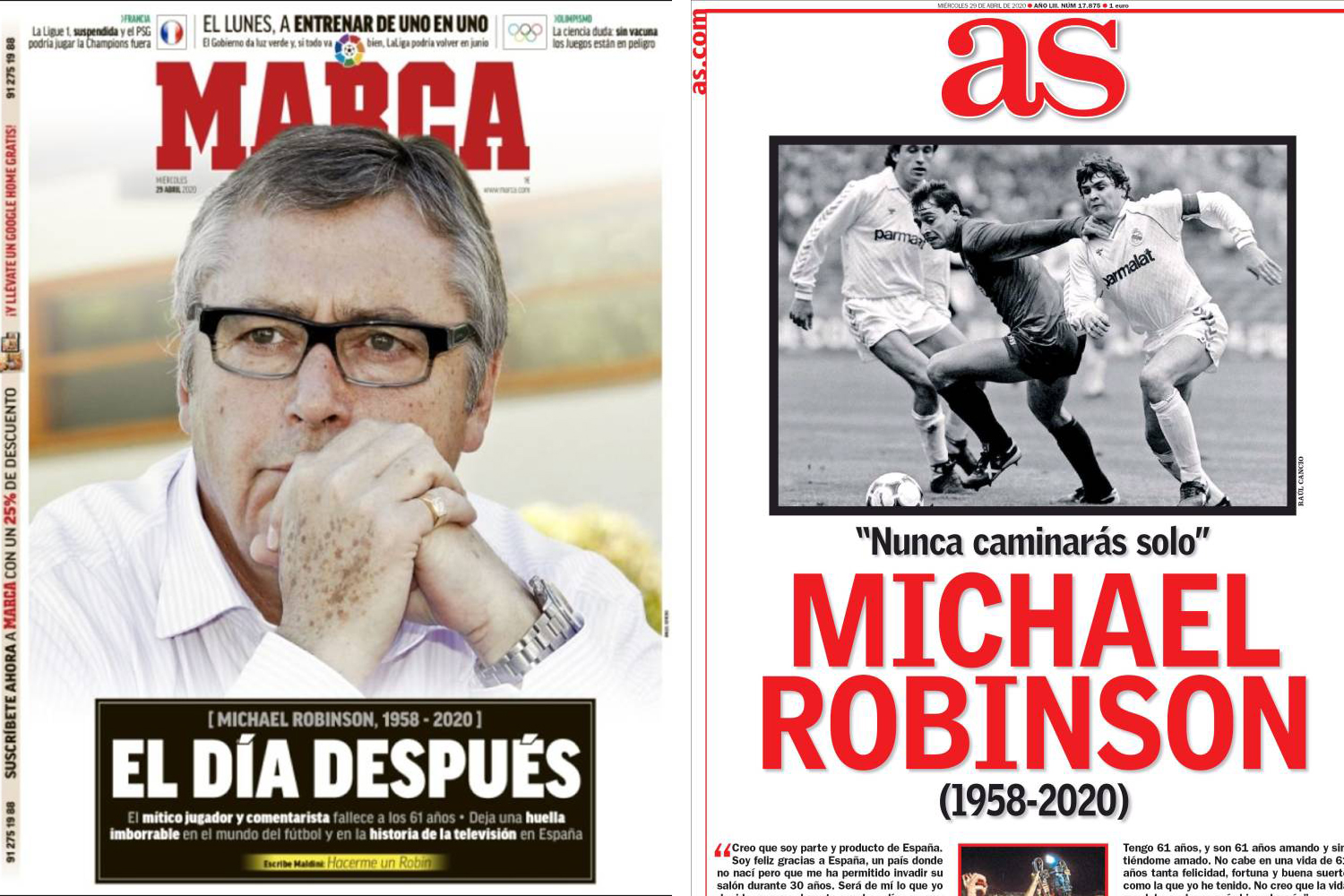 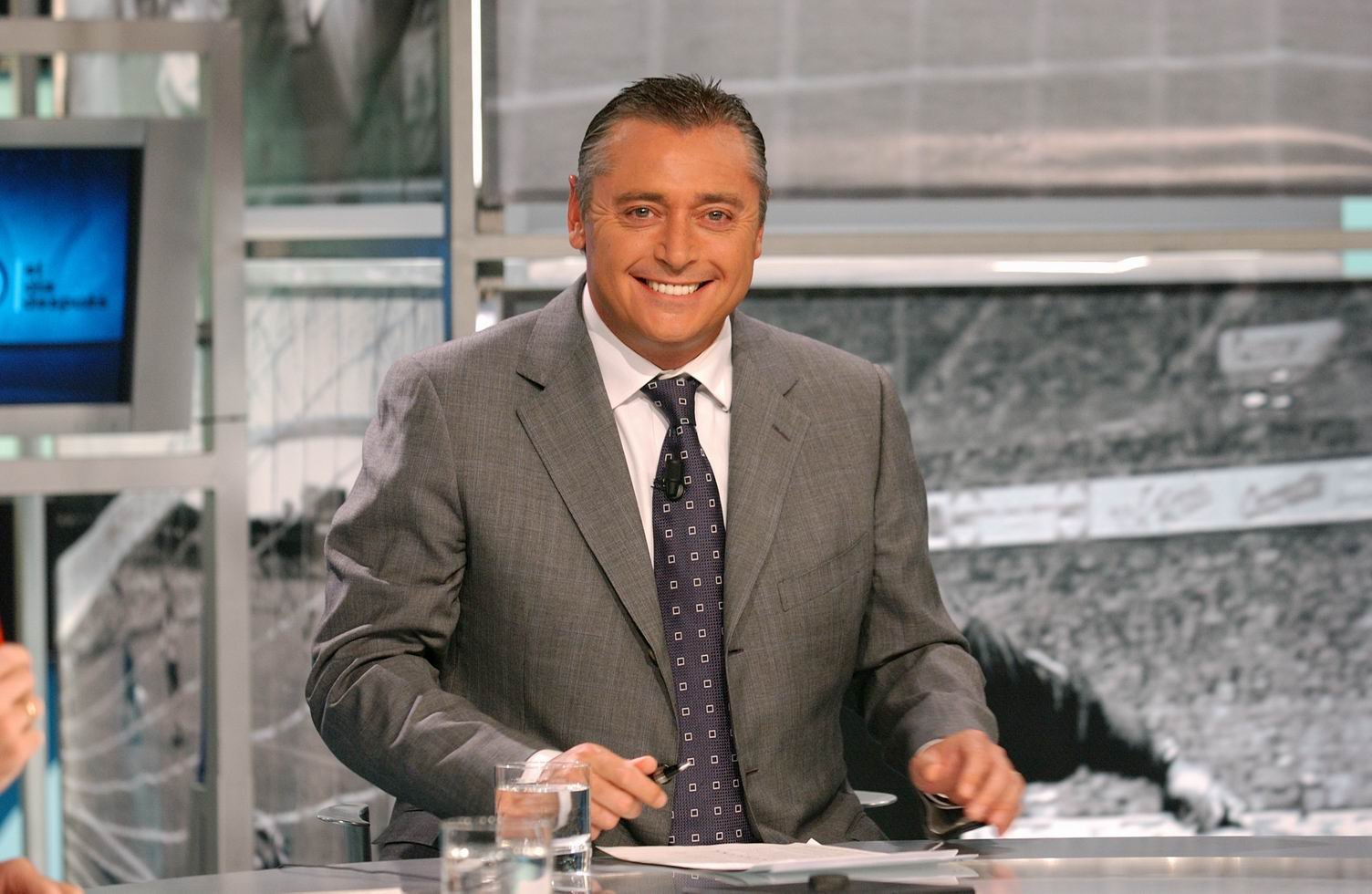 After a stint at Osasuna to end his career between 1987 and 1989, he would go on to revolutionise television coverage in the nation.

On his move to mainland Europe, Robinson once said: "I came over on 7 January 1987. I didn't know if I was going to be here forever.

"But something strange happened… I enjoyed more or less everything about Spain and the way the Spanish interpreted life.

And Spain evidently loved Robinson as much as Robinson loved Spain – as they paid their respects after he died following an 18-month battle with cancer.

The front pages of the major Spanish papers have joined the likes of Rafa Nadal, Cesc Fabregas and even Prime Minister Pedro Sanchez in paying their respects.

Marca went with the headline: "El dia despues", which translates as "the day after" – which was the name of the TV show he hosted between 1991 and 2005.

Meanwhile, Sport went with, "Only Michael" as their front page. 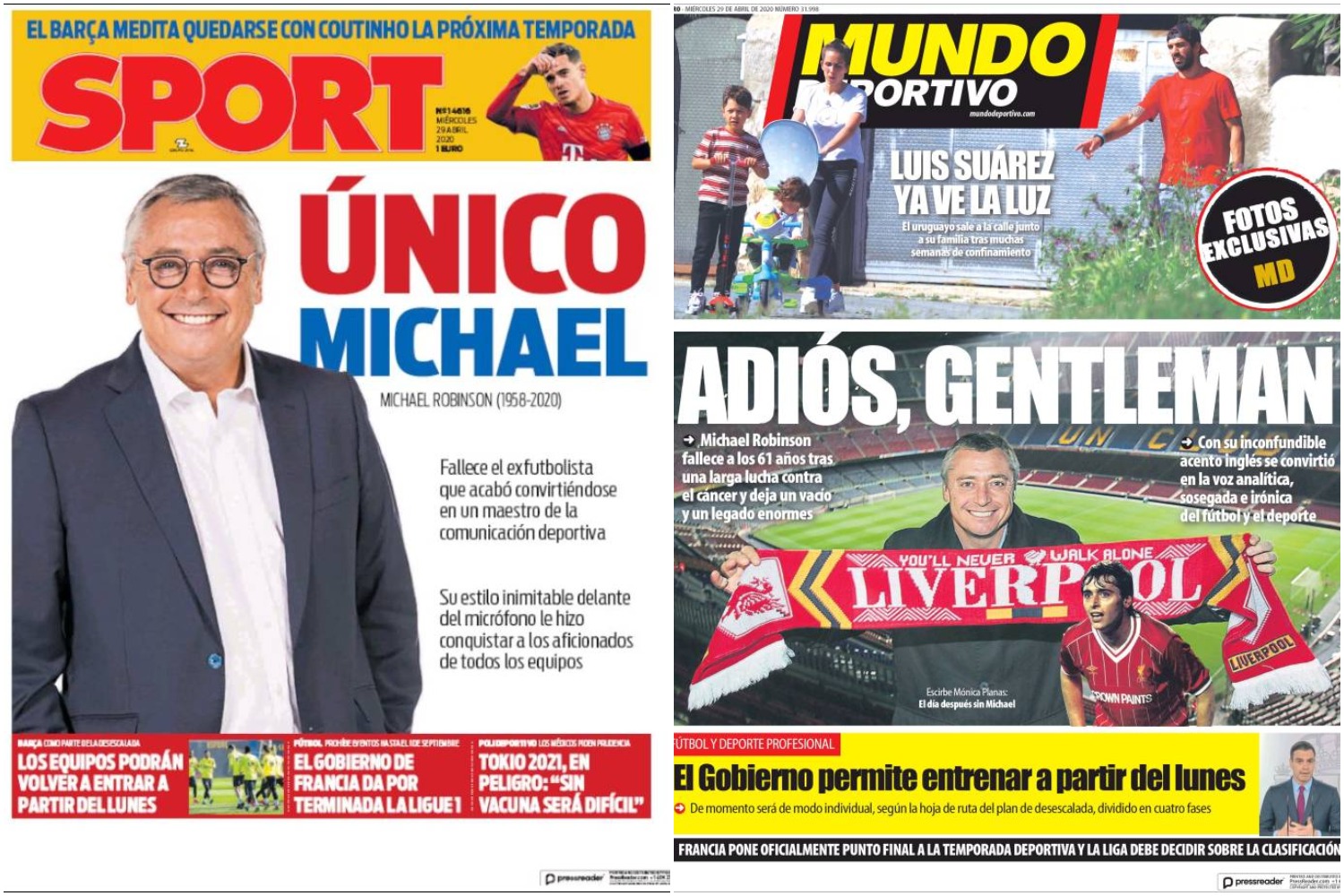 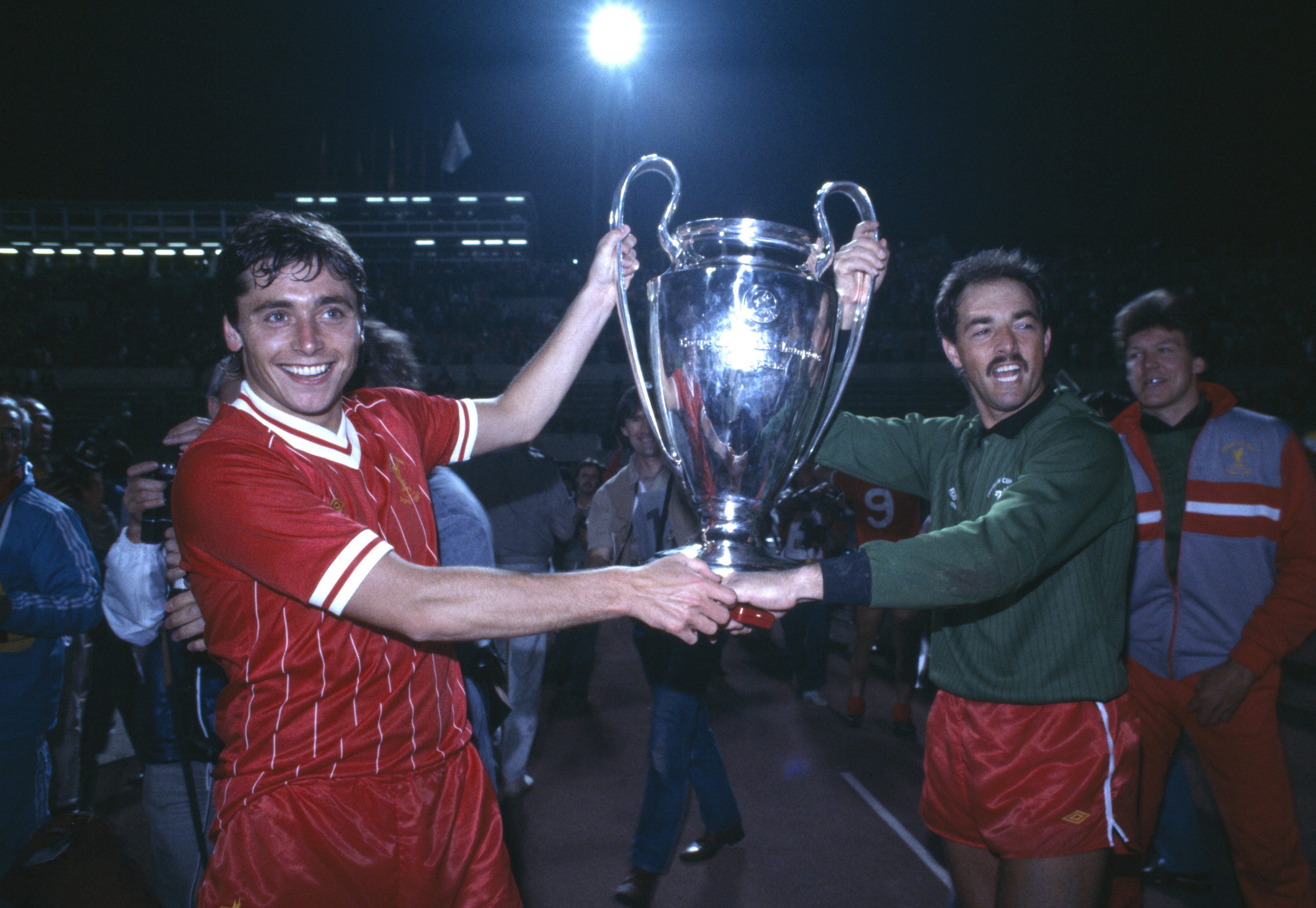 Robinson won the European Cup, First Division and League Cup with the all-conquering Liverpool side of 1983-84.

He made 113 appearances for Brighton after time at Preston and Manchester City, while also enjoying a spell with QPR before hanging up his boots in 1989 after a stint with Osasuna.

Robinson  – who leaves a wife, Christine, and two children, Liam and Aimee – scored four goals in his 24 appearances with Ireland between 1980 and 1986 before going on to become a much loved figure in film, as well as TV.

He voiced the ugly sister in the Spanish dubbed version of the blockbuster Shrek movies and hosted the award-winning Informe Robinson TV show.

Real Madrid legend Sergio Ramos was among the first Spaniards to express his condolences on social media.

He tweeted: "Michael Robinson met Paqui's son and I was lucky to meet Michael Robinson. My love to your family and friends. D.E.P. You'll Never Walk Alone."

Former Arsenal manager Unai Emery tweeted: "DEP Michael and my condolences to all your family and friends.

"We will miss you very much but your legacy and your stamp, marked by your smile and your accent, will continue walking accompanied by the world of football and sports. A big hug wherever you are." 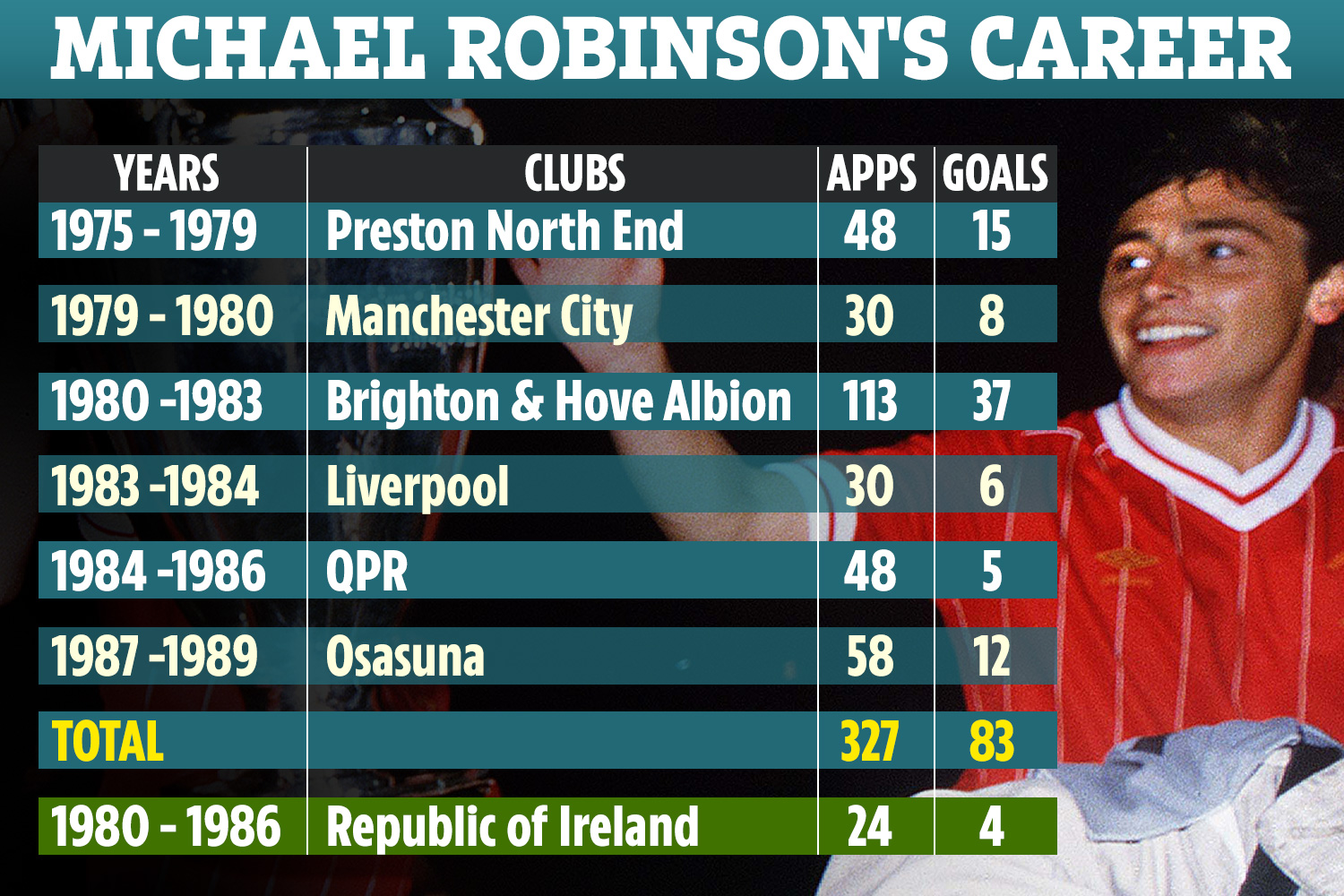 Tennis great Rafael Nadal posted a photo of himself with Robinson with the message: "We woke up with the sad news of the death of one of our own.

"You were the one who always made us happy about sport. We are grateful to you. D.E.P @michaelrobinson A hug and all possible encouragement to your family."